Greendale, Wisconsin has been called the Cookbook Capital of America by a major culinary magazine that contains absolutely no advertising - Quick Cooking, which is a division of Taste of Home. Glendale, a planned community from The Great Depression and President Franklin Roosevelt, became Cookbook Capital in the year 2000.

The Visitor Center in the middle of the historic district downtown is the home of not only tourist information, but also a major test kitchen for high quality food magazines. More cookbooks than you have ever seen together before are available at the Visitor Center. Greendale is a fun place to visit for history, flower gardens, and culinary experiences.

What Can You Find in Greendale?

The Reiman Visitor Center in Downtown Greendale provides a good introduction to the village. In fact, Reiman Publications is located in Greendale and is the publisher of the fantastic Taste of Home magazine and a dozen additional publications.

Greendale is a planned community of which local cuisine is a big part and its residents are happy to share their cooking techniques and recipes in Reiman magazines. People from all over America write in with tips and dishes you may know nothing about yet.

The local cooking store is claimed as a one-of a-kind enterprise that carries the most cookbooks and the most discounted cookbooks in the USA, along with about a thousand kitchen gadgets. Nearby is the only gourmet candied apple store I have ever seen so far (Apples of Eden). If you are a foodie or like to cook and are visiting Wisconsin, them make a trip the the Village of Greendale.

President FDR's New Deal is responsible for three Greenbelt Communities opened in 1936 - 1938 during The Great Depression and one of them is Greendale, patterned after the English garden village of Williamsburg. Financial need was a criterion for residency and the income limits were wages of $1,200 to $2,700 per year. (that's $20,000 to $210,000 yearly in 2015) As families had children, they were moved to larger housing units.

By tradition, over 40,000 flowers ornament the downtown district of Greendale in warmer months and visitors from around the world stop by to view them and experience their satisfying spring and summer scents. The village truly is an English garden in Wisconsin and a rewarding place in which to live.

The three greenbelt Communities of FDR are from west to east, Greendale, Wisconsin; Greenhills, Ohio near Cincinnati; and Greenbelt, Maryland. The Federal Government owned them until the end of the Korean War.

The original hundreds of homes built in Green dale form 1936 to 1938 were constructed curbside to eliminate the front lawns. The backyards were therefore large and airy, perfect for walking and enjoying flowered landscapes and trees.

The living rooms and their picture windows were arranged at the backs of these original homes in order to afford inside enjoyment of the spacious backyards and gardens through the windows. Therefore, they were called Backward Houses.

Greendale has its own Entertainment Association that coordinates concerts in the downtown gazebo, Hay Days, a Village Days festival and other activities and events.

Greendale Good Eats - All Around Downtown 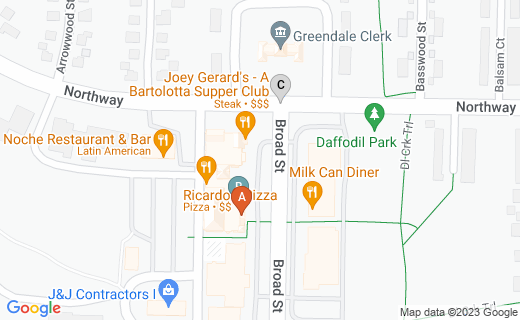 Greendale leaders make sure to offer visitors with a menu of guided tours. These include a walking tour with a guide book, a bus tour, and two kinds of tours of the Test Kitchens in Greendale.

Taste of Home
I have read and used the materials furnished in Taste of Home for over five years and have never found a better magazine for culinary techniques and ingredients to represent America's Heartland.
Buy Now

Greendale's historic district offers a group of over 25 shops that includes many places to eat and a grand bakery. There are no chain stores here - no McDonald's, Wendy's or Sonic's. In fact, all of the local businesses are independent businesses. It is really an example of the American Way of small business or the American Dream.

The dining establishments range from a fine-dining supper to club to pizza places and malt shops. No Starbuck's looms over the downtown area, but Greendale offers its Broad Street Coffee Company. Many people like it better.

The National Bakery and Deli

This bakery was voted Number One for the Wisconsin Wish-List in 2013 and has maintained its popularity before and after the recognition was bestowed. I guess it is a bit of a chain store, because of three locations in the state, its Greendale unit is located at 5637 Broad Street Greendale, WI 53219 (see map above).

I think that one could spend a whole day in this eatery, because it carries freshly made fare from hot dog rolls to donuts and danish, coffee cakes, tortes, muffins, cookies, cheesecakes, two dozen varieties of daily-made bread - Whew! Why doesn't my city have some place like this? The closest such place to me in mid-Ohio is Detroit's Yazmeen Bakery and Deli.

National also carries deli salads and a large variety of meats, of which the owners are glad to provide sandwiches. Of course, my favorite offerings are the scrumptious PIES! I find that not many places offer pineapple pie, but National is one of them.

On top of all this, National provides seasonal baked goods for all holidays and even does wedding cakes. The three-store "chain" is over 80 years old and still growing, because heir merchandise is top drawer. It is the perfect shop to have in a Cookbook Capital. 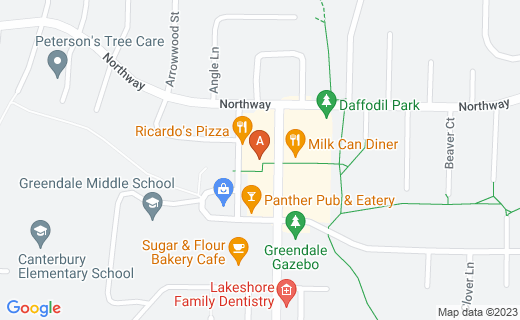