This is a great snack recipe for watching World Cup Soccer or a championship basketball game! It is also great as a light dinner or for lunch.

The other reference to Greek Pizza is describing a type of crust rather than toppings. This variation of Greek Pizza is baked in a pan instead of in a pizza oven and it has a crust that is generally very oily.

The pizza recipe here, however, is for the type of Greek Pizza that has some of the typical Greek Pizza toppings and see my substitutions and additions below. 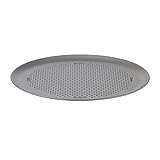 Substitutions and Additions for Greek Pizza

For the above recipe, add any of these additional ingredients

How to Make Pizza Doughs