This menu was constructed by my daughter and think many of the recipes came from foodnetwork.com but I did notice that some of the links were to The Barefoot Contessa cookbooks and recipes. They sound wonderful and am giving them a 10 thumbs up before we even attempt to create them!

Preheat the oven to 350 degrees F and remove the top rack.

Combine the butter and sage in a mixing bowl, mash with a fork or spoon until the sage is well incorporated and the butter has flecks of green in it; season with salt and pepper.

In a saute pan, melt 4 tablespoons of the sage butter, add the onions, cook and stir for 15 minutes until soft and golden. Remove from heat. Put the cornbread in a large mixing bowl and scrape the sauteed onion mixture on top. Add the egg, heavy cream, and just enough chicken stock to moisten the stuffing without making it soggy (about 1/2 cup.) Toss well to combine, season with salt and pepper.

Remove the neck and gizzards from the inside of the turkey and discard. Rinse the bird thoroughly inside and out with cold water, pat dry. Sprinkle the cavity and skin liberally with salt and pepper. Using your fingers, gently lift the skin from the breast and legs, and slip pieces of the sage butter underneath; massaging it in as you go. Fill the bird with the cornbread stuffing without packing too tightly; cook the remaining stuffing separately in a buttered baking dish. Truss the turkey; place it on a rack in a large roasting pan, and put into the oven.

Meanwhile, in a small mixing bowl, whisk together the maple syrup and hot water to thin the glaze out a bit; use this to baste the turkey every 30 minutes. The turkey should take about 3 hours to cook (i.e. 15 to 20 minutes per pound.) If the legs or breast brown too quickly, cover with foil.

About 2 hours into cooking, shingle the strips of bacon oven the turkey breast to cover; continue to roast and baste for another hour or so. The turkey is done when an instant-read thermometer inserted into the meatiest part of the thigh registers 170 degrees F (the thigh juices will also run clear when pricked with a knife.) Transfer the turkey to a cutting board and let rest for 20 minutes before carving, so the juices can settle back into the meat.

Skim off the excess fat from the pan drippings with a spoon and place the roasting pan over 2 burners set on medium-high heat. Using a wooden spoon, scrape up brown bits stuck to bottom of pan. Whisk the flour into the drippings, stirring as it thickens to prevent lumps. Add the remaining chicken stock and bring to a simmer; season with salt and pepper and hit it with a squeeze of lemon juice to brighten the flavor. Simmer for 5 minutes and then strain to remove any particles. Serve the gravy with the maple-roasted turkey and cornbread stuffing.

Preheat the oven to 375 degrees F.

Scrub the potatoes, prick them several times with a knife or fork, and bake them for 1 hour or until very soft when pierced with a knife. Remove from the oven and scoop out the insides as soon as they are cool enough to handle. Place the sweet potato meat into the bowl of an electric mixer fitted with a paddle attachment and add the orange juice, cream, butter, brown sugar, nutmeg, cinnamon, salt, and pepper. Mix together until combined but not smooth and transfer to a baking dish.

Bake the potatoes for 20 to 30 minutes, until heated through.

Cut the potatoes into 1-inch cubes and place them in a large pot. Cover the potatoes with cold water and add enough salt so the water tastes quite salty. Bring to a boil, then lower the heat and simmer, uncovered, for about 10 to 12 minutes, until the potatoes fall apart easily when pierced with a fork.

Meanwhile, heat the milk and butter in a small saucepan, making sure it doesn't boil. Set aside until the potatoes are done.

Preheat the oven to 425 degrees F.

Cut the carrots, parsnips, sweet potato, and butternut squash in 1 to 1 1/4-inch cubes. All the vegetables will shrink while baking, so don't cut them too small.

Place all the cut vegetables in a single layer on 2 baking sheets. Drizzle them with olive oil, salt, and pepper. Toss well. Bake for 25 to 35 minutes, until all the vegetables are tender, turning once with a metal spatula.

Sprinkle with parsley, season to taste, and serve hot. 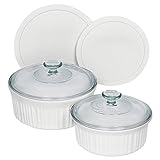 How to Cook a Turkey: *And All the Other Trimmings
Buy Now

Great Recipe For Cornbread For Stuffing

Barefoot Contessa at Home: Everyday Recipes You'll Make Over and Over Again: A Cookbook
Buy Now

Preheat the oven to 350 degrees F.

Combine the graham cracker crumbs, sugar, cinnamon, and melted butter in a bowl and mix well. Pour into an 11-inch tart pan with a removable bottom and press evenly into the sides and then the bottom. Bake for 10 minutes and then cool to room temperature.

For the filling, heat the half-and-half, pumpkin, brown sugar, salt, cinnamon, and nutmeg in a heat-proof bowl set over a pan of simmering water until hot, about 5 minutes. Whisk the egg yolks in another bowl, stir some of the hot pumpkin into the egg yolks to heat them, then pour the egg-pumpkin mixture back into the double boiler and stir well. Heat the mixture over the simmering water for another 4 to 5 minutes, until it begins to thicken, stirring constantly. You don't want the eggs to scramble. Remove from the heat.

Dissolve the gelatin in 1/4 cup cold water. Add the dissolved gelatin, banana, and orange zest to the pumpkin mixture and mix well. Set aside to cool.

Whip the heavy cream in the bowl of an electric mixer fitted with a whisk attachment until soft peaks form. Add the sugar and continue to whisk until you have firm peaks. Carefully fold the whipped cream into the pumpkin mixture and pour it into the cooled tart shell. Chill for 2 hours or overnight.

For the decoration, whip the heavy cream in the bowl of an electric mixer fitted with the whisk attachment until soft peaks form. Add the sugar and vanilla and continue to whisk until you have firm peaks. Pipe or spoon the whipped cream decoratively on the tart and sprinkle, if desired, with orange zest. Serve chilled.

More Ideas For The Holidays

You Can Buy Here On Amazon

Barefoot Contessa at Home: Everyday Recipes You'll Make Over and Over Again: A Cookbook
Buy Now