Italy and its food is something that Tony treasures. His recipes are filled with passion and a love of food.

Hi, welcome to my kitchen. If you have not visited before you might find my recipes are a different format to others. I like to tell you little bit about everything that’s going on around the kitchen, as well as keep you amused. The chap who keeps me amused is an Italian friend called Fabio, who seems to think his only purpose in life is to eat me out of house and home.

This hub is dedicated to Derdriu.

Derdriu asked me if I could do a hub about bruschette with a salmon topping. Being a gentleman and a Yorkshireman how could I refuse?

The picture is of Bradford West Yorkshire, beyond the numerous terrace houses is Lister's mill. The mill was one of the many woollen mills that Bradford's wealth was built on. The huge chimney can be seen from all over the city, and legend has it that the chimney is so big that a team of horses could be driven around the top of it. It was closed as a textile mill in the 1960s, it has now been converted into smart apartments.

Fabio brought some smoked salmon and I baked a ciabatta style bread. I don’t use yeast in my ciabattas, see my hub on friendship and sponge breads for my recipe.

So we were ready to go. Fabio is from Tuscany originally, his family moved here to Yorkshire in the 50’s. My dad served in the 8th army during the war in Italy and was pretty fluent in Italian, whilst he was there he made friends with Fabio’s father and mother. So when they wanted to leave Italy they contacted my dad, came to Yorkshire, and opened a restaurant.

Let’s get on with the meal.

Long-ways slice the bread to provide a really nice platform for your toppings.

Now, here is the reason for using a sponge bread, it is quite simply the tastiest of breads, and as you cut it open to reveal the texture which is amazing; it provides an open bubbly platform for you to perform gastronomical miracles on.

Is your tummy already rumbling?

I mixed, mayonnaise with garlic paste and spread that generously on the bread.

Sprinkle with Dill, and then slice some soft cheese, I used brie, which I like, as it has a nice texture and not too strong a flavour.

You can place this under the grill now and just

Sprinkle with just a little celery salt; this will add more flavour and enhance the flavour of the cheese.

Red shallots, maybe three or four, it depends how many people you are serving. Slice them very thin and add to the bread. And now, the moment you have been waiting for…tra la!

[it said on the packet 'wild salmon' , and I suppose you would be too, if someone stuck a hook in your lip and dragged you into a boat.] you could chop this up a little bit, but I like it like this.

Brush with a little lemon juice and then sprinkle with a mixture of Basil, parsley, thyme.

Add English cucumber, and Italian style tomatoes. I grow and like a variety called Pomodoro Costoluto fiorentino, the fruit is quite heavy and it makes a great sandwich just on its own.

Now it’s time for the real flavour kick, add a heaped teaspoon of caviar. You don’t have to go to the expense of Russian Beluga, unless you’re James Bond of course, I use lump fish roe, but of course you can get many different varieties, including salmon.

Another squirt of lemon, another sprinkle of herbs on top finishes this off nicely.

Heaven is a Sandwich

something nice to listen to

I served this with a few grapes, which add a little sweetness.

My sugestions to drink with this meal; I served a slightly chilled Chianti classico a wine that demonstrates the grace and finesse of the Sangiovese grape. Look for the black cock on the label, that ensures quality.

Also because Fabio brought his mum round and she loves to talk about her home in Tuscanny, so it seemed fitting, as it is the wine of the region.

You could serve a French chardonnay in particular a wine matured in oak which will have a soft flavour, and yet the chardonnay grape will still keep a little citrus/lemonony flavour. If you want a new world wine from such as New Zealand or Chile or California, again go for a chardonnay. Perhaps if you have a lot of friends round you might even go for a light ‘rosa’, well chilled, which is always fresh and fun to drink.

Presentation adds to the joy 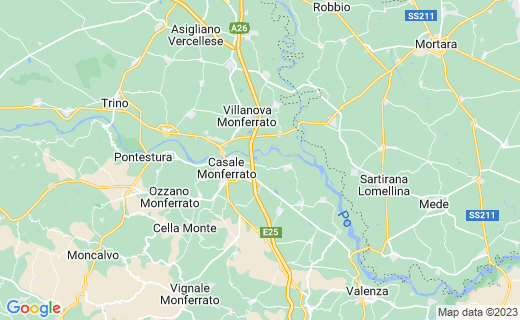 I also gently fried a few scallops, kings with roe on in some butter and garlic, basil, salt and white pepper.I fine sliced some fresh fennel bulb and cooked it in the butter.

Scallops, need only a couple of minutes to cook, but to me they are the quintessential shellfish food. I have been known to serve them flambéed in brandy, but don’t tell anyone.

I served these on bread with a squeeze of lemon and lime, and a sprinkle herbs.

We finished with a very English pudding, bread and butter pudding, topped with greengage jam.

Greengages are my favourite jam fruit, they are also called Reine Claudes which originally were bred in France, they are a member of the plum family.