My older relatives used to tell stories about products that can no longer be found in grocery stores and how they missed this items. A couple of these were from the 1910s, 1920s, and early 1930s and were called minced ham and spiced ham. Minced ham was a luncheon meat for slicing in the early 20th Century and today what is called minced ham is chopped or cubed ham, just as in the UK hamburger is called minced beef or beef mince. A full century apart by 2012, the two minced hams have little singularity other than both coming from a pig.

In the dessert category were tutti fruitti ice cream and more recently, Sky Bars. I keep these name sin the back of my mind and notice if I see then whenever I go into a supermarket or a local grocery store - especially when I go out of town. You never know what you might find!

The old Ozzie and Harriet television series featured an episode in which the family tried to duplicate tutti fruitti ice cream. One method was to add canned fruit cocktail to vanilla ice cream, but it was not the same treat as the family remembered. From looking over a recipe for tutti fruitti pie, I noticed the cake called for candied fruits and wondered if it is candied fruits that was once combined with vanilla ice cream to produce the dessert that no one can any longer find. If not, it could become a new winter holidays item.

Disappearing and Reappearing Products and Prices

Sky Bars were easier to find and are carried by some smaller food markets here and there, although they disappeared largely from our city by 1980. We do have one upscale market that sells them and in 2012 the price is a dollar - too much for a candy bar, I think. The Sky Bar is fun, though - it is like having 4 pieces of filled chocolates connected in a row, like four chocolates from a Valentine's Candy Heart Box or a Whitman's Sampler. However, in the 1950s, I have it from dependable witnesses that the Sky Bar contained 5 pieces of connected chocolates.

The first grocery item to succumb to tricks of passing on rising costs seems to have been these and other candy bars. First, they were made shorter and wrapped in the same wrappers - but you could press both ends and get empty space. Then the prices increased. Next came sugar - 5 pounds became a 4-pound bag for the same price and then prices increased, then the move was made from cane sugar to beet sugar. The canned vegetables were reduced from a 16 oz can to 15.75 oz, 15.5 oz. 15 oz, 14.5 oz and even 13.5 oz at the same price, followed by price increases. Dozens of products have experienced this cycle, but the two missing hams did not.

Minced ham and spiced ham seemed to just go away altogether, until about 1937.

Minced ham was outlawed in the US, at least in Ohio, because its producers injected a fair amount of water into it and did not print this fact on the labels. Producers thereby sold it as a 100% meat product.

I have never seen minced ham from the early 1930s and have no idea of its appearance. Guessing, I'd say it was comminuted - chopped or ground up and pieced back together, but it's only a guess. An example of present day comminuted meats includes the McRib® and some frozen breaded chicken patties available in the supermarkets.

Popular culture has it that the other missing ham product from the past, spiced ham, became Spam®.

I've heard stories from individuals and watched cooking shows on TV that tell us about Spam and it's career int he South Pacific. They say that Spam was passed on to Hawaiians from GI Rations during World War II and it became a favorite food in the islands. I was compelled to find out more about this.

Various online magazines call Spam in Hawaii a fixation or the object of a culinary love affair. At the bottom of the praise ladder, they call it at least popular .

Cookbook authors claim that the two favorite and most frequently prepared Spam dishes are Spam musubi and saimin with Spam (see photos attached). That may be true or not, but many additional recipes exist.

This also reminds me of the Monty Python song Spam - Spam, Spam, Spam Spam and the musical Spamalot , not to mention all the parodies like Weird Al's at the end of this presentation.

Then there are Spam Singles - and Spam Bandages (those aren't food, though).

What Ingredients are in SPAM?

Sold beginning in 1937 and developed and tested before that date, Spam shows little chance of disappearing like its predecessors minced ham luncheon meat and spiced ham. While I think it's pretty salty, if the power goes out, Spam makes a good thing to have on hand in a can in your pantry. It can be a survival food, even though it is a delicacy in Hawaii - and many people just like it for everyday use.

The SPAM® (short for spiced ham) company states on its website Spam.com that its mainline product contains only the ingredients in the following list. Looking at the pig diagrams and others we have: pork shoulder, pork butt (cartoon characters Cow and Chicken's favorite) and ham (the whole rear end and leg), but no tails, ears, or noses; salt, water, potato starch, sugar, and sodium nitrite (preservative).

The label says the last ingredient keeps Spam pink and prevents food poisoning, which is a rather disturbing assertion.

At any rate, Spam fed millions of meals to American soldiers in WWII rations and even helped the Russian allied forces avoid starvation. Hormel, the home company of Spam, was a little like today's Halliburton in providing foods as a contractor to the US Federal Government. The soldiers introduced the product to the Hawaiians in the Pacific Theater of the war and they loved it! Today, cookbooks full of Spam recipes exist.

In the contest of meats and meat by products, Spam is a salty combination of tasty pork meats in a can, which millions of people love.

SPAM: A Biography: The Amazing True Story of America's "Miracle Meat!" was written by Carolyn Wyman in 1999.

Carolyn Wyman studied Spam in-depth back in 1999 to find out its origins and where it has been. She gave these statistics, as of 1999: 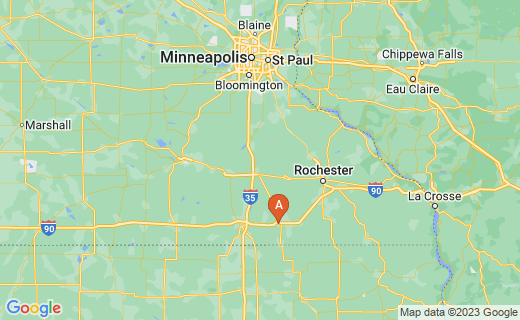 Spam and Egg Sandwich From WWII

For each sandwich you will need