Can Government Control Food? - The Move to Oust Ronald McDonald

The advocacy group that stopped Joe Camel from selling cigarettes to kids and youth targeted Ronald McDonald for causing childhood obesity in 2010. Many readers of the news felt that it must be an April Fool's joke, but it was not.

The cartoon character Joe Camel does children a disservice by appealing to them to smoke, especially in third world countries where the youths' main hobbies are smoking and huffing from paint spray cans. Destitute young children in parts of South America will work on the streets all day and spend their earnings on a few cigarettes or a single can of spray paint to spray into a paper bag or a rag and inhale the fumes. In America, it's illegal for kids to smoke, but they still do and some of their parents know about it. Smoking is addictive and hard to quit. How about food? What evil can a fast food clown arrange? I don't think we can outlaw fast food -- Although, the larger sizes for soft drinks have been banned in NYC since 2012.

Corporate Accountability International (CAI) at http://www.stopcorporate abuse.org in Boston, Massachusetts thinks that plenty of evil manifests in the childhood obesity epidemic in America. I agree. They also feel that children are driven to the drive thru not only by their parents, but also by fast food addictions encouraged specifically by the corporate clown, Ronald McDonald. Maybe.

McDonalds has been a successful enterprise. In Central Ohio, some casual dining managers could not persuade their own children to eat in their restaurants, because the youngsters preferred McDonalds. I think that the kids do not necessarily follow Ronald like mice did the Pied Piper of Hamlin -- It may be a fact that the red and yellow of his costume are the most eye-catching sales colors according to research, but sugar is the ingredient that draws the kids. The french fries are flash frozen and sprayed with sugar for appetizing appearance and flavor hot out of the fryer. Is this sugar deadly? If the fries are connected with Ronald in the children's minds, it may be --

A married couple that were friends of one of the managers I mentioned above told their friend that they were nearly involved in a serious traffic accident, because Daddy would not drive into a McDonald's parking lot. Their young son, standing behind the driver's seat, clamped his hands painfully over Daddy's eyes in heavy traffic, obstinately demanding and shouting for the "special" french fries. A pile-up was averted somehow and Daddy did not take his family to McDonald's. He may never have done so again. If the sugar would come off the fries, then perhaps some children would not be so attracted by Ronald and HamBurglar and singing french fries.

How did this happen? Incidentally, why are children as young as 1 year old and 6 months old being fed McDonald's french fries?

Ronald McDonald does tremendous good in serving as the icon of the Ronald McDonald House Charities that house the parents of ill children near childrens' hospitals throughout the US. It will be difficult to replace the clown and keep donors active. Once removed, his absence will be off putting to donors that trusted his image as much as they did the consistent quality of the menu items anywhere in the world. The elimination of Ronald would indicate a downhill slide in quality in the company.

Ronald also is active in neighborhood Muscular Dystrophy Association carnivals to help Jerry's Kids of all ages. These carnivals are held on McDonalds parking lots and in the neighborhoods surrounding them. It would be murder to pull the plug on that connection and lose the money for MDA and the fun that people have at these afffairs.

The Boston activist group states that the company of the Golden Arches has used its clown to create and reinforce:

"Walk Into the Light"

According to the CAI web page, the clown was teaching kids math in Arkansas; teaching about friendship, cooperation, and anti-bullying in Central Ohio (he was; I saw it), and working at Safety Day in Orlando. CAI suggests these acts simply cover the motive to market unhealthy food to children for repeat, lifelong sales. In think that is only partially true.

The advocates feel that the clown icon promotes childhood obesity -- Perhaps somewhat, but not to the extent that people promote it. Parents, older siblings, and babysitters that feed their kids an unhealthy diet and neglect exercise, are more the ones to blame (ask Maury Povich about his episodes on this topic). Some folks purposely overfeed the kids and even other adults that become dependent on the feeders -- This becomes a vortex of another problem.

Also to blame for childhood obesity is a set of commercials that connect emotions and family memories to eating burgers, fries, and shakes. Some of these ads make it an intergenerational affair. This is nothing new -- People did this on their own, without ads, in sharing White Castle Hamburgers for decades. Other chains saw this and adopted related advertising schemes. You know the story - good times, good memories, good food. Connecting food with emotions creates dysfunctional eating habits and these commercials are to blame. Ronald does not appear in them. 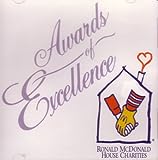 Some parents say "Nonsense" to all this alarm. They will not be induced to serve their kids sugar-fries, at least not very often. These parents say, rather, do something about the zombie Burger King character. The King, though, is not as creepy as the BK ad that looks like Harlan Ellison's A Boy and His Dog- Hee Haw girls swinging in extra short, low cut gingham about to do who-knows-what to you while they hook you up to the machine... No thanks.

No matter our opinions, a 1,000-chemical smoke-producing product that directly causes cancer, especially in the presence of exhaust and pollution fumes (8000+% higher risk in that combination) is more dangerous than a menu of products that are over-consumed by informed choice, cause obesity over time, and eventually lead to a number of diseases. Watch the film Repo Men for a treatment of this fact and a warning.

Ronald McDonald is not the problem. Having SUGAR as the NUMBER ONE ingredient in french fries, sandwich buns, and fish breading is the culprit. Some of the non-clown commercials are at fault as well. What's more - <Consumer Alert> - McDonald's is not the only restaurant or chain that does this in 2010. Ask your favorite restaurant (be it chain or free standing diner) about their lists of ingredients for these three items. The ingredient in the largest proportional amount of the total is first in the list, percentages decreasing down the line. If sugar or fat are in the top 3 or 4 ingredients, beware. Reduce your intake of these menu items.

I knew a wonderful Ronald McDonald several years back. He was an actor in a number of local and regional productions and a life skills coach/mentor to at least one roommate that was a man with developmental disabilities who was living in the community rather than in an institution. The Ronald worked MDA carnivals, school assemblies, new store openings, and shopping center shows, always with a kind word for everyone, child or adult.

Wherever you are, Ronald, I remember you.

Other Opinions and Facts

CAI, go to the Boston hospitals and tell the dying children that they cannot see Ronald McDonald anymore; he never loved them; that Ronald is throwing their parents out of the temporary home he had given them so that they could come to this fine hospital in the first place. Go tell the doctors and nurses that the children can no longer have the joy of the red and yellow clown to make them smile. (Maybe Patch Admas can cover all the hospitals in the US.) Smiles fight cancer - what do tears do?

French fries don't come to the hospital; love does. The sugar and fat are not coming after the kids there.

Educate the public, lobby to change the food, and look at advertising laws. Take fast food chains out of schools (we did). Cut the sugar, fat, and emotionally manipulative ads; teach kids that food is a tool, not a friend; but don't cut Ronald McDonald.

When there is no Ronald McDonald the public turns elsewhere...