Wal-Mart Stores incorporated grocery departments into most or all of their stores by the 2010s and added healthier choices to some of its food lines. Still, many consumers eschewed the stores because of their Made-in-China merchandise in other departments and because of news of possible mistreatment of employees, discriminatory hiring and promotion practices, etc.

With all of this occurring, Humana insurance companies decided to influence health toward what its leaders felt would be more positive health outcomes by partnering with Wal-Mart to offer 5% discounts on healthy foods to Humana health insurance customers. First off, some people scratched their heads and asked, "Just how healthy are the healthiest of Wal-Mart foods in the first place?"

I previous years, problems in the meat department prompted Wal-Mart to offer only pre-packed meat products like ground meats, steaks, chops, and chicken. There is no longer a butcher's or meat wrapping department. Shoppers cannot select a chuck roast and have it ground for meat patties, for instance.

October 5, 2012 was the target date for the large Humana company to begin offering the Wal-Mart healthy foods 5% discount through its wellness program named HumanaVitality (founded July 2011). Humana leadership felt that this was a good step toward preparing their company for effects of the Affordable (Health) Care Act, popularly known by the shorter title Obamacare. Humana officials felt that healthier eating would lead to lower healthcare costs overall and many healthcare providers agree with this notion. Health and medical research findings of many decades' accumulation support this idea as well.

A problem with the 5% discount off healthier foods is that 5% is not very much. For example, 5% off $1.00 equals $0.95. Many people might skip that small savings and purchase a donut instead of three bananas. When the healthy foods total reaches $10.00, the discount lowers that amount to only $9.50. Perhaps not many people are interested in that 50-cent savings. With a very large healthy foods total, the 5% savings may begin to look more attractive. For example, $100.00 of healthy foods would cost $95.00 -- Some people may find the $5.00 saving worth the effort.

If Humana and Wal-Mart both partnered with companies that could offer additional coupon savings on healthier foods, then a greater number of shoppers might be interested in the combined savings of coupons or Double Coupon savings combined with the 5% HumanaVitality savings at Wal-Mart.

In spite of all this, Wal-Mart leaders seem to feel that the 5% savings will increase customer traffic and average purchase total per visit in their stores. The actual results will be interesting. 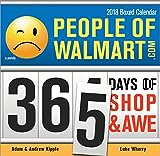 The Kentucky Employees' Health Plan adopted the HumanaVitality program as a fun and rewarding wellness system for Kentucky government workers.

QUOTE: With the Personal Pathway™ approach, HumanaVitality will planactivities and goals according to your needs.

Employees of the Kentucky government under this plan will earn points from HumanVitality that they can redeem for electronic equipment, fitness equipment, entertainment tickets, hotel stays, etc. In Kentucky, employees can earn up to 300 points annually for blood donations. They can earn larger numbers of points for completing a health survey and participating in health screenings, exercise, and healthy eating, to name a few options.

If the incentives are attractive enough, the HumanVitality system will work, at least in the short term. Keeping employees interested in the long term is likely a problem that needs a solution.

Under Obamacare, the incentives and point values per item performed need to be large enough to mentally offset the price of health insurance purchased from a government sponsored insurer or agency.

Social Media Helps the Cause

To help consumers find healthier foods in Wal-Mart, the foods will be labeled "GREAT FOR YOU" so that their customers to not need to hunt for them.

In fact, if I understand the concept correctly, food not bearing that label are not to be discounted.

Further, these foods will come under parameters set by the big box store to ensure certain, healthier, levels of fat, sugar, and sodium (salt) in the labeled foods.