Anybody who's played Mario Kart knows exactly what this card is referencing. Better yet, anybody who's been in first place long enough knows how to fear the blue Spiny Shell. It's the item that incredibly prejudiced against the racer in first place and will do anything to catch up and wipe them out. Driving with this hovering over your head is possibly the worst feeling in the game. It's the worst thing a first place person can experience, usually throwing them to the back of the line in short order.

That is why, of course, I had to make it into a Munchkin card! It reads thusly: "It only affects the single highest leveled Munchkin. All currently equipped items are immediately discarded." Ouch!

*items held sideways are NOT affected. After this Curse takes effect (assuming this isn't in combat) they can replace what they were wearing by items sideways. If this Curse takes effect while the victim is in combat, they have to play normally, which usually means that the player will be stuck in combat without a way to equip anything, meaning they very likely will lose their combat. Some cards do allow you to pause combat or exchange cards normally, however. 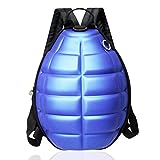 This card is the perfect solution for that game where one player gets all the good stuff and flies ahead of everyone else and they can't do anything to stop it. And the Curse itself is actually really, really bad. All items* facing upright get thrown to the discard pile. Have a character with +30 gear in a game of Epic Munchkin? All gone!

Granted, this card can be stopped by a Wishing Ring or other item. Interesting to note, however, any anti-curse item that deflects Curses on to another player won't mess with that player because they're not the 'first placed' Munchkin. That also means if you draw the Blue Turtle Shell as affecting you and you are not in first place (or tied for first) this card does not affect you, and if someone redirects this Curse to you (and you're not in first) it does nothing.

Someone benefiting from the Crown of the Victor card should greatly fear this Curse.

When playing this Curse, it becomes a bit more difficult. It is, potentially, a game ending card for a single player but you can't wait too long as many games end up with multiple people tied with anyone just needing to win one more combat and getting that last level. This card is most efficient for that player who just defeated a high level Monster and earned enough gear and levels to fly up past everyone else. Just slap this on them when they go to fight their next turn. Otherwise, this is a very narrowly used Curse and wasn't designed to be thrown willy-nilly; it's a powerful card that relies on timing more than anything.

Also, is there a player you just really don't like who's just hiding in second place waiting for an oppurtune moment to strike? Hit them with Go Up a Level cards until they're in first, then nail them with this! Being a high level with little to no equipment is a dangerous place to be, and without death new cards are slow to reappear. Sure, you've got to use your Go Up a Level cards, but the delivery of this combo tastes of sweet justice.

If used after a Chinese Fire Drill, you can spoil an individual who thought they were coming out on top after the switch up as well.

As you might imagine, this Curse goes with any deck easily. This card benefits more when the deck is augmented by several expansions, making more difficult monsters more frequent and many more equip-able cards such as Steeds. Item enhancers stuck on equipped items are lost as well, so the more a person invests in their equipment, the more danger they put themselves in.