Just what are Miniclip games?

Well, if you are into games online or enjoy funny games then miniclip games might well be just for you.

These games are browser based meaning you can play them within your browser of choice - so there is no need for downloading executable files and going through a process of installation.

If you like quick-playing games that are easy to get into and focus on simple yet addictive gameplay then you can't go far wrong with Miniclip games.

On the flip side if you like a game that you can come back to again and again that features a virtual world, then you may just be surprised. It is all in there: sports games, 3D driving simulations, MMORPGs, arcade games and more...

If you want to find out more then please read on. 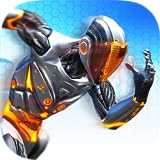 Anyone who signs up for miniclip games can create their own player profile page. The information can include their name, their favourite games, statistics (such as scores), gaming awards, news feeds and any online 'friends'.

Of course there are hundreds of games to choose from - but there are some titles that remain popular to this day.

Some of the favourites include:

Disney Club Penguin - players tootle around a snow-covered environment interacting with other players and taking part in various puzzle games and challenges.

RuneScape - MMORPG title that continues to be popular since 2004.

Dofus - MMORPG flash based program. Is hugely popular in France and has attracted in the region of ten million players.

Before you begin with Miniclip Games...

With the games being browser based it is important to have the latest version of Flash installed on your machine.

Try the games first and if they work then great - otherwise one simple download will get you on the right track.

Versions of flash player are usually free from Adobe - and can be found here.

You will now be ready to immerse yourself in the world of miniclip gaming! :-)

The world of games online has really taken off over the last few years. We have come a long way since the likes of ZX Spectrum Games and Amiga Games (have a look at computer history to find out more about these machines) were all the rage!

When you consider the amusement arcade phenomenon took off with the likes of Pac Man, Space Invaders, Frogger and Asteroids which ate our loose change the online world can be something special.

Versions of these classics are available to play in your browser and of course more advanced games are also there.

Who knows how gaming will be thirty years from now?

Arcade classic Ping Pong has been updated at Miniclip Games