Some awesome graphics were created on many retro computers.

Here we are looking at amazing graphical acheivements within Spectrum games.

From fully immersive 3D worlds to smooth parallax scrolling to huge animated sprites, clever zx spectrum programmers created graphics that really should not have been capable on the humble 8-bit machine.

In this hub you will find just a few of them as we pay homage to these fantastic graphical 8-bit achievements.

The world of Driller 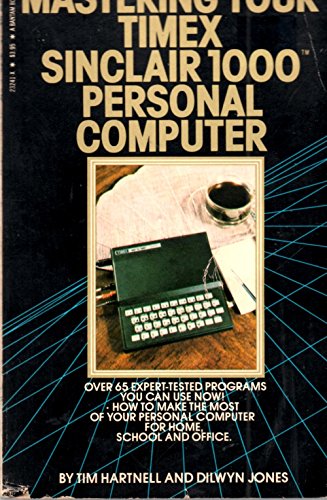 Driller on the ZX Spectrum

Driller by Incentive Software was a landmark in graphical achievements on the ZX Spectrum.

Never before on any 8-bit computer had the player been able to freely roam around an immersive world.

Incentive somehow managed to squeeze an entire 'game world' into 48K of memory.

This is probably the earliest 1st person game on a home computer that featured solid 3D graphics and allowed you to 'look' up, down, left and right as well as moving wherever you wanted to.

The mere fact that you could walk through a door and into a building was ground breaking!

This game really got the ball rolling in the 1st person genre on home computers - and is the granddaddy of today's modern 1st person shooters.

The mystical land in Thanatos

Thanatos on the ZX Spectrum

Thanatos by Durell was something different on the ZX Spectrum.

What really made Thanatos stand out was the fantastic multi-layered parallax scrolling.

The depth and perspective within the game was nothing short of brilliant - and really showcased what a humble Spectrum could do in the hands of a talented programmer.

An upgraded version was released for the Spectrum 128 which featured enhanced sound effects and some nice AY Music.

Starstrike II from Realtime Software was another ground breaking achievement in 3D gaming on the ZX Spectrum.

For the first time on a Spectrum - space battles were represented with solid wire-frame graphics that suffered little 'slowdown'.

Starstrike II really enhanced the whole genre - and was an amazing techincal feat on the Speccy.

3D Deathchase on the ZX Spectrum

A total classic title, 3D Deathchase was a great game from Micromega in 1983.

This 16K (yes 16K!) game was a simple chase and shoot game set in an ever thickening forest.

The fast moving 3D graphics gave a real sense of speed within the game - and weaving through the trees (both a day and night) was an adrenalin pumping experience.

It was the closest thing you could get to riding a speeder bike through the forests of Endor - and is still playable even today.

The smooth moving platforms of Cobra

Cobra on the ZX Spectrum

Whilst the central sprites are nothing extra-special, the fast moving and super smooth parallax scrolling make Cobra stand out as a graphical achievement.

Ocean Software's game of the film was a side scrolling humorous platform affair that once again proved that the Spectrum could handle smooth and fast scrolling.

The parallax effect is nice and pleasing to the eye - but it's the sheer slickness of the backgrounds that really stand out.

The scrolling in this game still stands up today - a testament to all time legendary spectrum coder, Joffa Smith.

The world of Tricuspid in Dark Side

Dark Side on the ZX Spectrum

Incentives follow up to Driller took the original concept and made it all bigger and better.

The 'freescape' engine had been improved making the gameplay of Dark Side smoother than its' predecessor.

Once again you were free to immerse yourself in a whole 'world' and explore pretty much anywhere you wanted.

The moon of Tricuspid was created excellently with the Freescape engine, and gamers were once amazed by the 3D experience.

Driller on the ZX Spectrum using the Freescape engine

Thanatos on the ZX Spectrum

Deathchase on the ZX Spectrum

Cobra on the ZX Spectrum - Walkthrough

See these games in more detail

Remember these games (and a lot more!) can be seen on our dedicated ZX Spectrum games site which has reviews, images, videos, a quiz and even interviews with industry legends!

All relevant retro gaming, blog links (we also cover Amiga Games) and computing links are in the links section below.