Here we are with another of those classic hand-held devices from TOMY which is another game in their '3D' range.

A while back I had a look at the classic 3D Sky Attack and this time I am taking a look at the g-force inducing, white knuckle ride that is... 3D Thundering Turbo.

TOMY really were the masters of hand-held 3D gaming back in the 1980s and their games were something really quite cool back in the day.

These hand-helds are a real testament to early 1980s gaming when anything 3D was 'amazing'.

The future had arrived, or so it seemed.

So let's take at another classic piece of hardware from TOMY who made us all feel like we were taking part in TRON...

TOMY manufactured all of these units with a very similar design.

They took the 'binocular' style with the gamer looking through a twin eyepiece to view the 3D graphics in all their resplendent glory.

A panel on the top of the unit allowed light to flood into the unit and illuminate the game - playing in the dark with one of these was not an option; the unit required an overhead light-source to display the game to you!

The brighter the light the more vibrant the display.

Just like a set of binoculars it came complete with a neck strap, so you could dangle it from your neck as you took a well earned break from the stresses of immersive 3D gaming! 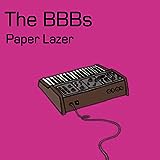 The game-play was deceptively simple.

As the three second countdown to the race begun your palms (and eyes!) began to sweat...

Race you car along the track avoiding the other vehicles which all seemed to travel much slower than you!

You would score points for every other car you passed and any collisions would delay you for a few valuable seconds.

The aim of the game was to keep going for as long as possible and reach the highest score you could.

Like I said, really simple, but when the 3D was this good it almost didn't matter...

I always found that a great way to get more out of these games was to play it with a friend by taking turns.

This way you would always try to beat each others scores and go 'further' along the track.

This certainly did add some longevity to games like this as it gave you another reason to come back for more.

It was Senna v Mansell in a 3D world!

As far as car games go, this is a cult classic from the echelons of home gaming.

With it's binocular style design, luminescent graphics and portability it is real gem from TOMY and many of us must have played back in the day.

If you have never ever tried this game (or any others by TOMY) I urge you to do so. They are well worth a look and will interest any retro enthusiast.