Skyrim Getting the Dragonstone

Skyrim Getting the Dragonstone

Skyrim Tactics to Defeat the Draugr

In Skyrim, once the hero has defeated the frostbite spider, he must enter further underground into the burial grounds to use the golden claw. This underground area of the Bleak Falls Barrow is just full of draugr. Draugrs are the Ancient cannibalistic Nords cursed to roam the lands for eternity as undead skeletal remains. However, despite their poor exterior looks, these draugrs can be formidable fighters, especially with their Ancient Nord Swords, Bows and Battle Axes. There are the standard draugrs and then there are the restless draugrs. These restless draugrs are superior compared to standard draugrs in that they can cast frost spells, and deal more damage. To defeat the standard draugr is simple, but to defeat the restless draugr requires tactics.

In skyrim, to defeat the restless draugr, the more tactical hero may choose to use the hit and run tactics. Essentially, this means hitting the restless draugr with some standard melee attacks or spam flame spell attack, and then running away. The restless draugr, despite the name, fails to keep up with the fleetly hero and falls behind. Take this opportunity to heal up using the magical spell Heal (an ideal way to level up on Restoration) or the potions of Heal. Now head back and repeat the hit and run process until the restless draugrs are defeated. Note that there are several traps within this skyrim underground burial grounds, which the hero can lure the draugrs into and watch them get destroyed by the traps (especially the swinging blades). 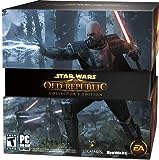 Now head out of this area (remember to pillage the area of all treasures) by ascending some stairs to the left of the sarcophagus. Push a lever to cause a wall to open and for the hero to reach Skyrim again. Now switch to map view and fast travel to Whiterun and the Jarl.

Congratulations! The first official quest in the hero's Skyrim career has been completed!

Next up, tracking and then defeating the first Skyrim dragon.