What is The Lego Story?

The History of The Lego Company

It all started with an unemployed and struggling carpenter named Ole Kirk Christiansen in Denmark in 1932...

The history of the Lego Company is fascinating, whether or not you are an enthusiast. As part of its 80th anniversary, the company released an interesting video called The Lego Story, which shares the development of the company from the very beginning in 1932 through to the development of that iconic little plastic brick that is still hugely popular today.

On this page, you will find that animated video, The Lego Story, and you will learn a bit more about how the company came into existence.

Image is a screen shot from Lego Story video on Youtube.

The Lego Story: 80th Anniversary Video by the Lego Group

This is not a short video. It runs for just over 17 minutes but, if you are interested in the history of the Lego company, you will find it interesting. It is the simplest way to get a grasp on the background of the company and it is very well done, sort of like the Lego product itself.

The Lego company says that their toys are expensive because of their concern for quality and safety. They use high quality materials, which makes your child's toys safe and durable enough to pass between generations. On a tour, Lego Gizmodo was told that, "no bricks have ever decomposed or released any chemical substances." Not many toys can make claims like that.

In Sarah Herman's book A Million Little Bricks: The Unofficial Illustrated History of the LEGO Phenomenon, you will discover how Lego fought its way out of near collapse and went on to make today’s children care about their toy products. It covers the old and the new and will have you longing for yet more Lego. 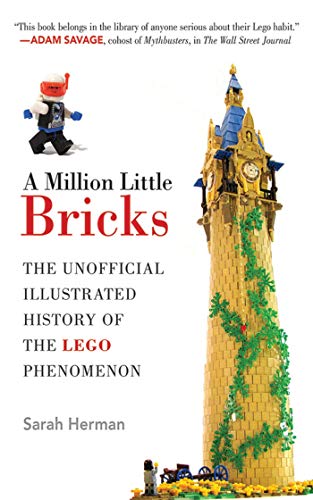 From The Guardian, this story from February 2014 tells how the Lego company increased revenue so much during the last decade that they dethroned Mattel from its position as top toy company. Click here to learn more.

Daniel Lipkowitz's The Lego Book contains 256 pages of information and pictures about the Lego company. It is a DK children's book recommended for individuals aged 8 to 17 years old who are keenly interested in Lego.

If you have Lego in your house, you have all experienced this...