Just A Piece Of the Story

On  February 27, 2007, plastered all over the news was a "Big Vitamin Safety Alert; Antioxidant vitamins taken by tens of millions of people around the world won't lead to a longer life, and may even cause death!” Media still continues to "alert" people on vitamins and nutrients, but that one caused needless fear. Americans need to beware of reports of so-called "studies" on media networks.  A physician would not take that seriously without checking the facts of the study.

Usually the media announces only fragments of studies without the full picture because they do not take the time to check it out, or they simply do not know how. If that study had been about a prescription drug, no doctor worth their weight in prescription pads would take it seriously. The pharmaceutical and allopathic medical communities have a double standard when it comes to vitamin supplements and holistic, natural or integrative care. The pharmaceutical industry is threatened, because prescription drugs are a multi-billion dollar a year industry. The more educated the public, the less money Big Pharma makes. Allopathic doctors receive very little education in nutrition in medical school,  It is also an area that needs continual education in order to keep up. Medical nutrition is a specialty that takes years for one to become expert. There were also major flaws left out, flaws a doctor would question if that study were about a prescription drug.

The mentioned study was from The Cochrane Hepato-Biliary Group at Copenhagen University Hospital in Denmark. It was a study of studies on the effects of anti-oxidants A, E, Beta- Carotene and Selenium.  After analyzing sixty-eight studies they chose, involving over 232,000 people, they “found no significant effect on mortality, neither good nor bad, linked to taking antioxidants. ”  They eliminated the “lower-quality studies,” and analyzed 47 studies of 180,938 people randomly assigned to either real vitamins or placebo pills. It was not until then that they found a higher risk of death for people taking vitamins, 4 percent for those taking vitamin E, 7 percent for beta carotene and 16 percent for vitamin A.  Another omission was, “the actual cause of death in most studies was unknown !”  And yet, according to the groundbreaking 2003 medical report Death by Medicine, by Drs. Gary Null, Carolyn Dean, Martin Feldman, Debora Rasio and Dorothy Smith, 783,936 people in the United States die every year from conventional medicine mistakes.  It is common knowledge now that free radicals

Another swipe at vitamins and antioxidants is Dan Hurley in his book, Death, Lies and Politics in America’s Vitamin and Herbal Supplement Industry .  The illusion is actually his. He says that from 1983 to 2004 there were more than 1.5 million calls to poison control centers related to supplements and 203 reported deaths, a yearly average of  70,000 “incidents ” equaling about nine deaths per year associated with , not necessarily caused by, supplements. That last sentence should raise a flag.

Let's say that nine people did die per year from supplements.  Compare that to other reports of causes of Consumer deaths in just one year, 2004:

That's just consumer deaths. Are we supposed to risk nutrient deficiency because of  nine possible deaths in one year from vitamins?  Still worried about vitamins?  Do you remember ever being warned about this? I don't:

According to figures reported, FDA approved drugs alone , used properly , are over ten thousand times   more deadly than supplements! Mike Adams, from NewsTarget.com says, “After all, NSAIDs (pain relievers) are sold as over-the-counter drugs, and new research has shown that NSAIDs (both prescription and over-the-counter) cause intestinal damage in as many as 70% of all users, outright killing an estimated 16,500 Americans each year from gastrointestinal bleeding.”

So why the big news flash and warning on supplements? Still not convinced of a movement by Big Pharma and the FDA?  There are serious flaws and more unanswered questions in the opening study. The questions a physician might ask, is, first, the mean age was 62. How do they come to their conclusion when the mean duration of follow-up was only 3.3 years of someone  who started taking supplements at 59 and for only 3.3 years? How old were those who died? What was the level of disease, health, nutritional status and life style of the participants?  What types of prescription drugs and doses were they on and for how long?  Were these conditions equal for all?   Hellooooo! Some of the study participants were in nursing homes! How healthy were they ? What is the chance that they were not on prescription drugs, considering the average 65 year old American is on an average of eight prescription drugs?  If so, maybe the deaths were a part of those under-reported numbers from properly prescribed prescription drugs; common things occur commonly!  Would the 4 percent who died have died anyway? Were all participants on the same OTC or prescription drugs?  How about the brand of vitamins used?  Were participants on the same ones? Were they tested for quality assurance and amounts of active ingredients?  Natural or synthetic, especially important with vitamin E? The study stated that “Some (participants) involved took “mega doses far exceeding the recommended daily amount of the compounds; others involved received normal doses.”  With that much difference, how can a study blame the supplements? There is no way "normal doses" caused anyone death!What do the study doctors consider “mega doses?” More than the RDA?  When the RDA was created in 1941, the primary goal was to prevent diseases caused by nutrient deficiencies, especially in groups such as soldiers, prisoners and schools.  The government has changed the RDA eleven times between 1941 and 1989.  The RDA for Vitamin E is 11 to 15 milligrams per day!  Studies show at least 400 to 800 milligrams per day are recommended for health and longevity.

Why We Need Antioxidants

Free radicals are molecules or atoms with unpaired electrons. Simply put, this makes loose cannon, because this configuration is highly reactive and makes the molecule or atom extremely likely to take part in a chemical reaction.  What happens when iron oxidizes? Oxidation eats through the iron until it's gone.  It's the same with oxidation from free radicals.  Usually the body can neutralize free radicals, except when overwhelmed. There are many causes of free radicals, with  passive smoke, poor eating, and pollution just a few. Antioxidants neutralize free radicals by acting as scavengers, which helps prevent cell and tissue damage that often leads to disease.

Vitamins C and E are the most well observed of the antioxidants. C detoxifies certain metals and drugs, and in high doses is thought to have anti-cancer properties. E also has many antioxidant benefits , such as anti-aging, cardiovascular health, and it maintains the integrity and function of cell membranes, to name a few.

Ignorance of Vitamin E in Study

The researchers in the study also proved they do not understand what they studied. They used synthetic anti-oxidant supplements rather than natural. There is a big difference, but it seems they were totally unaware of this fact. For instance, they stated, "Antioxidant supplements are synthetic and not subjected to the same rigorous toxicity studies as other pharmaceutical agents" False! Some are synthetic and not tested, but several brands are natural and highly tested.  Synthetic E is only Alpha tocopherol, which is what they used. Natural vitamin E is made of mixed tocopherols, with alpha, beta, gamma and delta tocopherols. There are studies comparing the two that show the importance of natural Vitamin E's mixed tocopherols. 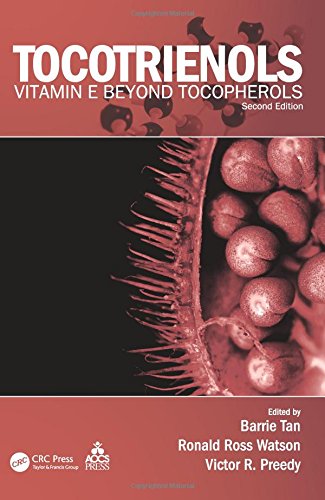 Truth From One of the Study's Doctors

Dr. Christian Gluud, one of the doctors and authors of the study said, “most of the studies didn't reveal why those taking supplements died, but in all likelihood, what they died from is what people normally die from, maybe accelerated arthrosclerosis, maybe cancer."   Supplements are most effective for preventing disease. Their effectiveness diminishes as the severity of the disease increases. It is likely that the participants already had arthrosclerosis or cancer when they started the vitamins. By virtue of the fact that they were in nursing homes shows that they already had physiological problems.

"Experts" who reviewed the research dismissed the studies’ assertion of increased death risk and the analysis overall, saying it pooled studies that were too diverse.  “The researchers noted that they were able to assess only all-cause mortality, although it was likely that increased cancer and cardiovascular disease mortality were the main components of the increase.”  The researchers also reported that “When supplement risks from all low- and high- quality trials were pooled, there was no significant effect on mortality.”  That was never mentioned in the news!

That conclusion, that they do not know how those people died, is just not an exciting news alert, is it?  Isn't it more likely the studies were just meant to scare you out of taking nutritional supplements, rather than the prescription drugs where the big money is?