Everything You Need to Know About Matcha

Matcha is just specially grown and processed green tea leaves. It is a delicacy which requires extreme care during all production chain so you can get the best finely vibrant green ground powder. Contrary to traditional green tea, matcha production method is particularly different during farming and processing phase.

Despite this Green tea powder is capturing the public and rapidly become the biggest tea trend culture in the most recent years, matcha culture is not new with its origins tracing back to traditional Japanese ceremonies.

If you are new to matcha or just want to know more about the subject I wrote this article so you can be more informed about Why you should drink matcha and How to purchase Matcha of high quality.

Why you should be drinking matcha?

Matcha did not become the biggest trend in tea culture without a reason. In my case, I discovered matcha because one of my female friends told me about how energized she was feeling lately due to drinking matcha instead of coffee in the mornings.

As a coffee addicted, what she said caught me enough interest and decided to give it a try. Personally, I am not a big fan of this newest health trends but after some time (roughly 2 weeks) of drinking matcha regularly, I felt with much more energy and the most interesting part is, there are more health benefits associated as well. Let me share with you the most important ones:

You will get all the nutrients

Second, matcha antioxidant levels are no match even for a good quality brewed green tea. By drinking a shot of matcha, is the same as drinking 10 to 20 cups of green tea, in terms of antioxidant levels. It is rich in components with super antioxidant activity like polyphenols, catechins, and chlorophyll.

This difference can vary depending on the quality of both matcha and green tea. There is a study that compared matcha with a Starbucks green tea which reported 137 times more antioxidant! Nevermind...I only go to Starbucks for the coffee and you?

Matcha is not just a powerhouse of antioxidants but also of vitamins and minerals contained in the green tea which are super beneficial to your body. By drinking Matcha you will get high levels of vitamin B, C, selenium, chromium, zinc, and magnesium.

Do not forget Theanine

Theanine is a rare amino acid that is common in all tea. Not only it contributes to the unique flavor of matcha (giving at first a vegetal savoriness which turns to sweetness) but also has incredible health benefits.

First, it improves your mood by increasing your dopamine level. Dopamine is a hormone that is responsible for your state of happiness, well-being, and calmness.

Secondly, it is able to control your stress level. It directly affects your GABA levels which are responsible for regulating communication between brain cells. By reducing or inhibiting the activity of your neurons and nerve cells it helps you calm down and relax.

Third, this amino acid strengthens your immune system. Several studies have suggested that consuming Theanine make them less likely to get flu or common colds.

How to purchase matcha?

Unfortunately with the increase in popularity of matcha the propensity to find fake or lower quality matcha increases. The sellers argue their product is ceremonial (the highest quality grade given to matcha, followed by standard and then the lowest one, culinary grade) but the color and taste are completely different between low and top-quality matcha!

In order to make you a more informed choice, I listed some principles below to identify high-quality matcha.

Even ceremonial matcha can decrease substantially in quality if it is not preserved properly. You should look for tins of matcha and avoid the ones that are sold in bags. Matcha is a live product which requires airtight packaging to prevent oxidation.

The color indicates the nutritional value of matcha. The greener the better it is!

The color reflects not only the quality of the product but it can suggest the age of leaves, proper packaging and preservation. Good matcha should be a really vibrant green.

The particle size of matcha plays an important role in the quality of matcha. The best one it has a smaller particle size, it does not leave sediment at the bottom of your cup of tea and mix easily with liquids.

Matcha is a balance between natural sweetness and bitter traces of vegetal flavor. If it is too bitter, the most likely is due to lower quality of matcha tea.

Did you know most of the matcha comes from Japan green tea growing prefectures? The areas known to produce the best quality matcha are Kyoto, Aichi, and Shizuoka.

The price is one of the most effective indicators to signal if you are buying matcha of good quality. Ceremonial grade, the highest quality of matcha require a slow and extreme care production process, which can become more expensive than other types of matcha.

Following all these principles, I tried several matcha products in Amazon to identify which ones had the best quality. From a selection of more than 30 products, I picked 3, one of each top region to produce matcha tea.

By order of personal preference, you can find them below. Try each one vote which has the best flavor!

Besides, I also included a poll for my readers to vote and see their matcha preferences.

What cerimonial tea listed below do you prefer? 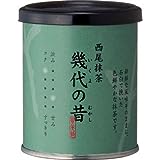 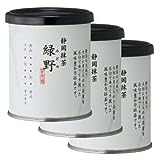 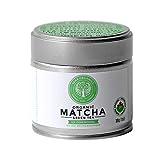 Prepare the best Matcha in the traditional way

I want to tell something to my readers. When I started drinking matcha my only purpose was to replace coffee in the mornings which I did successfully.

However, for my birthday I received a very creative gift which I listed below and you can buy on Amazon. I have to admit, drinking matcha is only half the ritual. The other half is preparing this ancient beverage with the most Japanese traditional set.

It might appear fragile but mine has 6 months already and it is almost new!

For all current and future matcha lovers

I hope with this article I was able to answer the most relevant questions about matcha by giving insights about why you should drink matcha as well as how to purchase the best matcha and avoid the low-grade ones.

If you have any question do not hesitate to leave in the comments or contact me directly. I will happily respond!