How is Assertiveness Different from Aggressiveness

Assertiveness - Tips for being assertive & saying 'No'

Some people in their effort to become more assertive become excessively dominant or aggressive instead. People who behave aggressively seek for attention by expressing their anger and frustration in negative ways, such as temper tantrums, sarcasm, and rebelliousness. Aggressive individual shouts,” I’m fine. I know everything. Don’t tell me what to do.” For many, there is more behind this person that what it looks. A lot of these aggressive people were hurt in the past, and adopt this “bully” stance. They appear strong externally, but feel scared and insecure underneath.

Aggressor assumes that he is more superior to others in some way; hence other people have lesser rights and valid truths than him. The goal of aggressors is to create passive behaviour in others. Unfortunately, the consequence of aggressive behaviour is that while the aggressor gets what they want, he loses the respect of other people. Externally, he may appear to have friends, but these friends are often passive people who either fear leaving him or is seeking his protection.

Aggressors normally like to use aggressive body language or behaviour to act out their anger and pick fights with those they perceive as weaker or non-aggressors. They often bully, subjugate and dominate other people. They need to feel powerful at the expense of others. With the use of abusing language, they infer guilt and create shame in others. Using overt techniques of conversion, they try to create unquestioning compliance.

1) Get the point across, but ignore who they hurt, intimidate, belittle or demean while doing it.

4) Put other people down to build himself up

5) Blame others for mistakes and refuse to take his own responsibility.

For example, an aggressive person will shout :

You're so stupid. You had better do as I say and don't ask questions.

You should have listened to me, look at the mess you have made.

What! Are you arguing with me ? How dare you!!!

Was that you? I am so sick of you.

I don’t know what you are talking about.

More often than not, aggressors do not have good self-esteem. They appear loud and tough, but are actually unhappy, insecure, fearful and discontent internally. Due to internal insecurity and fearfulness, they usually push everyone away. They are afraid to have intimate relationship for fear of getting hurt or seen through. They control, manipulate and threaten to hurt. The aggressive behaviour is in actual fact a cover up for fear, insecurity and real powerlessness. Aggressors often thinks, “I have to act aggressive or else you are not going to believe me if I act too nice.” They believe that they have to be loud and mean to be powerful, be heard or to get their point across.

Assertiveness: How to Stand Up for Yourself and Still Win the Respect of Others
Buy Now

Six Signs You Are Not Assertive Enough

Assertiveness is actually communication with other people in a direct and honest manner. It is saying what is on your mind, how you feel, and what you need. With assertiveness, you recognize you have the right to stand up for yourself. At the same time, you respect the rights of others. It is about give and take. An assertive person says, “I am important and so are you. I have respect for myself and for you. We are equal.”

Assertiveness makes you feel good about yourself. It’s about bringing out your internal strength into action and resist being dominated or manipulated by others. Assertive person ask for what she wants. She takes risk, speaks out and goes forward. From her actions, she sees the possibility of positive outcomes. She takes the chance to achieve her goal. She possesses good confidence and self-esteem. You can have it too.

1) Project equality while working and dealing with others

2) Has self-respect and confidence

3) Let others know what is going on with her, her feeling, thoughts, wants, or needs, and accept responsibility for what she says and does

6) Has high regard for her ownimportance

7) Aware of her own self-worth

An assertive person knows her own power – she flies freely like a butterfly and lands wherever she chooses. Being assertive is important to achieve ultimate happiness in life. It is deeply tied into your ability to attain your desires. In couple relationships, it is easier to have a closer and more satisfying relationship with an assertive person. You know where she stands since she is straight forward, direct, and open, at the same time she respects you for who you are.

Assertiveness requires effective communications which includes both verbal and non-verbal types of communications. Verbal communication includes the tone of voice and choice of words. Your tone of voice is a good indication of who you are and how you feel. A non-assertive woman may sound soft, wiggly, hesitant or apologetic which is not convincing. Her conversation is filled with, for instance, “I’m sorry ....,” “I regret ....,” “I should have ....,” On the contrary, an assertive person speaks with firm, yet soft and friendly tone, appropriate for the situation. On the other extreme, an aggressive person may sound tense, shaky, cold, shrill, loud, demanding or authoritative.

What About Me, What Do I Want? Becoming Assertive
Buy Now

1) where they stand as a starting point

Non-assertive behaviour is often a sign of strength, not weakness. Often, being non-assertive is the most appropriate behaviour for many situations. Hence, please don't be fooled into thinking that you always have to be more assertive.

2) where they want to be

Your objective will decide the level of assertiveness you need. Do you just want to defend yourself, control your own choices and destiny and not to control others?

For people who are not naturally assertive, it is possible to achieve a suitable level of assertiveness through certain simple methods and techniques, rather than trying to adopt a new and different assertive personal style. To learn or do something different from your normal self could be counter-productive and stressful, because it would not be natural.

Below are some simple techniques and methods for developing self-confidence and more assertive behaviour. People who desire to be more assertive can significantly increase their effective influence and strength by using just one or two of these techniques prior to, or when confronted by a more dominant character or influence, or prior to and when dealing with a situation in which they would like to exert more control.

Your Perfect Right: Assertiveness and Equality in Your Life and Relationships
Buy Now

Assertiveness and Self-confidence Methods and Techniques

For a start, here are some inspirational quotes on assertiveness :

"The way we communicate with others and with ourselves ultimately determines the quality of our lives." - Anthony Robbins

" The basic difference between being assertive and being aggressive is how our words and behavior affect the rights and well being of others." Sharon Anthony

"We are injured and hurt emotionally, not so much by other people or what they say and don't say, but by our own attitude and our own response." - Maxwell Maltz

"Too many of us fail to fulfil our needs because we say no rather than yes, or perhaps later in life, yes when we should say no." - William Glasser

"The practice of assertiveness: being authentic in our dealings with others; treating our values and persons with decent respect in social contexts; refusing to fake the reality of who we are or what we esteem in order to avoid disapproval; the willingness to stand up for ourselves and our ideas in appropriate ways in appropriate contexts". Nathaniel Branden

"Our sense of self-worth is also key to being able to appreciate the other factors of fulfillment. Interestingly, feeling compassion for others is the most reliable way to increase our own self-worth". Dalai Lama

"If you have a sincere and open heart, you naturally feel self-worth and confidence, and there is no need to be fearful of others". Dalai Lama

"When you please others in hopes of being accepted, you lose you self-worth in the process". Dave Pelzer

“Our motive is not to prove our self-worth, but to live up to our possibilities". Unknown. 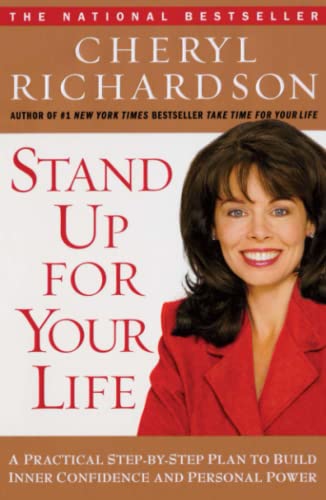 Stand Up for Your Life: A Practical Step-by-Step Plan to Build Inner Confidence and Personal Power
Buy Now 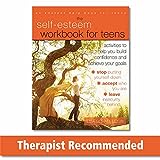 The Self-Esteem Workbook for Teens: Activities to Help You Build Confidence and Achieve Your Goals
Buy Now