I am Immortal: Thoughts on Living Forever

We don't want to die

For centuries, mankind has viewed the possibility of living forever as desirable and wished it were possible. When “gods” were created in human cultures, immortality was one characteristic the gods all shared. Children first introduced to the concept of death are surprised and sometimes horrified to discover that life eventually ends. Even I used to insist that I wanted to live at least until the age of 142, so I might see the 22nd century with my own eyes.

The concept of immortality is found in nearly every culture and takes a variety of forms. For example, immortality can be perceived as your ideas, contributions to society and influence “living on” in ongoing cultures, behaviors or attitudes. Often your “name” survives as others speak of your thoughts and actions in their communications with other people. Or, immortality is alleged as living on through your descendants. Reincarnation is the trust that your spirit will return in a new form, even if you don’t know you have returned. Belief in ghosts, spirits or the afterlife suggests the continuation of your “essence,” and your physical appearance is maintained in a ghostly form. Many see dreams as a continuation of the life of friends and family. Even single-celled organisms are immortal in the sense that the descendant cell from cell-division reproduction is the same living matter and structure as the ancestor cell.

There has always been a search for immortality and a reluctance to accept death as inevitable.

We just don’t want to go away.

Thoughts on long life from Amazon.com 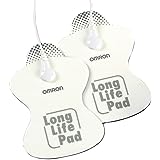 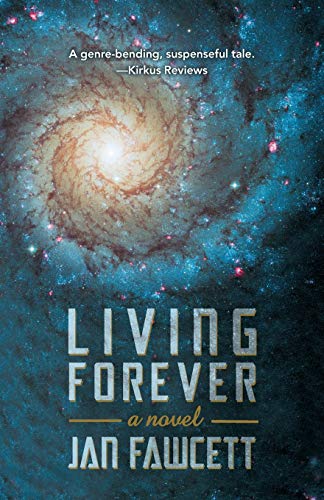 The inevitability of death

Evidence leads to the conclusion that death is inevitable. In all of mankind’s existence not even a single individual has lived forever. Whether plants or animals, all multi-cellular living creatures seem to have a mechanism that brings their existence to a close. Some insects live a few days and redwood trees might survive a thousand years, but each living thing seems to eventually come to an end. Gerontologists (those who study the science of aging) are generally skeptical that human beings can survive more than 125 years at most. No scientific study points with certainty to the notion that human life can be extended indefinitely.

The possibility of living forever

Human experience suggests that if a goal is desirable, however, it eventually becomes attainable. “If man were meant to fly he would have wings” is now seen as a humorous assertion, but once it was the prevailing belief. Before man could fly with the help of an aircraft, people envisioned it and accepted it as a logical extension of present and past developments. As scientists continue to work with DNA, the possibility of living forever seems less remote. Many believe it wouldn’t be difficult for an active, healthy life to extend to as much as 120 years, and some consider a lifespan of up to 800 years as ultimately possible—perhaps not immortality, but still not bad. Scientist Valter Longo manipulated the DNA of yeast cell fungus and extended its life span to ten weeks—ten times longer than normal. There is a huge difference between manipulating yeast cells and human DNA, but Longo believes his work is relevant to human aging and longevity. His work at the University of Southern California suggests that extending human life is at least theoretically possible.

Immortality as a direction

However, simply believing in immortality will not cause you to live forever. What if immortality subsequently became a direction rather than a goal? If you said to yourself, “I will be active and healthy at the age of 150 or 300 years old,” would you be inspired to take control of your life and your surroundings? You would understand that you cannot abuse yourself physically with unhealthy foods, drugs, alcohol and a lack of rest and exercise without condemning yourself to a long life of discomfort and suffering. Would that be sufficient to get you to break bad habits? If everyone lived forever, environmental issues involving the consumption of food and energy would become top priority to ensure sufficient resources were available for all. You would likely view cleaning up the environment as an essential ingredient in an ongoing enjoyment of life. Perhaps you would actively participate in seeking solutions to the social and economic strife that plagues society, realizing that with time comes the opportunity to change the world. Adopting an attitude of getting this mess straightened out now so you can enjoy the rest of forever would become strong motivation to tackle problems.

Immortality would offer more than an impetus for solving problems, however—it would also allow you to embrace the totality of life’s experiences. There would be no need to “choose” a life’s path, as you could have any number of careers and change directions at any point in time. You wouldn’t be trapped by feelings of urgency warning you that if you don’t do something now, you will never have the chance. The opportunity to enjoy the magnificence of music, art and philosophy to their fullest extent would enrich your life. Without the inevitability of death you would grow and flourish, realizing there was time for everything. If living longer could make us better, more well-rounded people, can we make a rational choice to conduct ourselves as we would if death weren’t inevitable?

What are the odds?

In all likelihood, scientific advancements in gerontology will not occur swiftly enough to benefit me. Most people (myself included) would prefer not to reach an advanced age and then be forced to suffer the aches and pains of infirmity in perpetuity. That is both understandable and rational. The goal of immortality is still a good one, though, if it provides new motivation to treat others with love and tolerance—after all, everyone would be together for a long time. If living forever forces us to understand and accept our mistakes, it also offers an incentive to live life correctly and seek new answers to old problems. An age of compassion and understanding could result from the realization that we all must cooperate with each other to benefit from a prolonged life. It COULD be extremely exciting. This is what I truly hope for, and this is what our children and grandchildren deserve. If the Fountain of Youth could offer that, then let’s all drink from it—I’m up for it.

Will you still love me?

Read more articles on life, beliefs and philosophy by this author

More about death and immortality from Amazon.com

Understanding Death: An Introduction to Ideas of Self and the Afterlife in World Religions
Buy Now