What are we truly capable of?

What are human beings truly capable of?  Who can say what abilities we possess, if only we knew how to use them?  Are we in fact “limited” to only five senses, or are there more we have never learned to access or use?   Could we fly?  Could we process information with computer-like speed and efficiency?  Perhaps we might be capable of reading thoughts?  Might it be possible to project our essence, or even our physical bodies, across vast distances?  It may not be as incredible as one might believe.

Out of body experiences was a term coined in 1943 as an alternative to belief-centered terms such as astral projection or spirit walking.  One in ten people claims an out of body experience (OBE or sometimes OOBE) at some point in their lives, and it is believed to sometimes be part of near-death experiences.  It is in fact accepted in some circles that everyone has out of body experiences that are not remembered because they occur in dreams.  It is speculated that consciousness is a separate entity from the physical body and can exist independently of the mortal shell it inhabits.  Skeptics label the experience as dreams or hallucinations, but much evidence suggests there is some validity to the notion that our essence can leave or body. 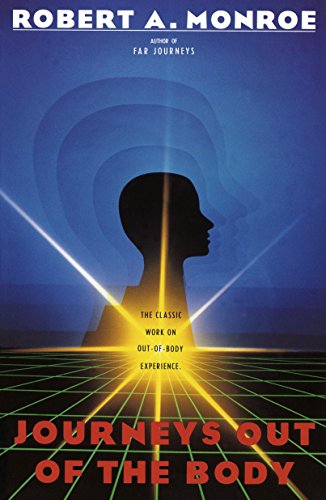 Journeys Out of the Body: The Classic Work on Out-of-Body Experience (Journeys Trilogy)
Buy Now

I shared many common interests with a friend who was curious about the paranormal. He was content to while away an evening theorizing about the creation of the universe, alternate realities, reincarnation and the nature of the soul. I found my life filled with unexplainable events, and he enjoyed hearing about them and speculating as to their causes and implications. He studied the unexplained with a passion I could not match, but I welcomed the conversations we enjoyed together and sought to relate his perceptions to the events in my life.

My friend traveled often but communicated frequently through letters (this was long before the advent of email or instant messaging). One day I received a letter in the mail, and in the course of catching me up on his day-to-day activities, he proposed we meet. Since we then resided in different parts of the country, I wondered what he had in mind. He suggested the venue for our reunion be an out-of-body experience. He recommended we fill our minds when we went to bed that Saturday with the image of meeting in Edgewood Park (an area near my home we were both familiar with) at 3:00 AM on Sunday, April 23, 1978. He hoped we might project our spirits into the park to an extent we would be aware of each other. If lucky, we might even be capable of communication. We had no blueprint to follow, but agreed to see what happened. As we had arranged, I awoke at 2:40 AM and concentrated. I filled my mind with images of the park. I relaxed and fell into light sleep.

I found myself in the park, but it felt like a dream. I knew I wanted to be there but couldn’t recall how I arrived. I was also conscious of not being inside my “physical” body. I drifted about the western edge of the park. I moved my feet but it wasn’t exactly walking. I appeared to float a foot or two above the ground. I was delighted to discover that with some effort, I could elevate to a higher point in the air. I settled for a height approximately 20 feet from the ground and floated in an aimless way. The physical sensation felt similar to my dreams about flying. The higher in the air I floated, the more aware I became of vibrations. They felt almost like a pulse as they washed over me at precise intervals. I was able to concentrate on objects inside the park, but couldn’t focus on the houses lining the street beyond it. They were obscured by the darkness.

I was aware of having a purpose in the park, but couldn’t remember it. I knew I was supposed to see something or someone. I felt a presence near Maple Lane (an adjacent street), but didn’t want to extend myself beyond the park’s boundaries to investigate. Without knowing why, I believed that to do so was dangerous. I had the impression I couldn’t return to my body if I drifted from the park.

A strange sound like the howl of an animal attracted my attention. It was not a cry I was familiar with (and in the city there was no concern about wild animals). Was it the presence I noticed on Maple Lane? I struggled again to see beyond the park’s boundaries, but still couldn’t discern anything specific. Eventually I spied a hunched shape moving along the exterior of the park. I assumed it was human—it definitely didn’t look like an animal. It prowled the outer edge of the park with great speed, as if searching for a way in. It never noticed me, however, and I wondered if I was invisible or simply unworthy of its attention. I heard the strange howl once more but could not definitely connect it with the shape I watched move about. The sound came from the general area of the cat-quick figure I observed, but nothing indicated it was what made the noise. I looked back toward the east and experienced a surge of panic as I realized I had drifted approximately five yards west of the park—the one thing I didn’t want to do. I made my way back inside the park’s “official” boundaries, feeling more intensely the vibrations I noticed in the beginning as I elevated upward. I quickly returned to the middle of the park, but wondered if I had erred and was trapped in this state. The fear wasn’t based on any practical information I possessed, but I felt certain I wouldn’t be able to reenter my body. I rushed to return home and reunite with my sleeping body, but at the east edge of the park, the vibrations crashed against me with increased force, and I wondered if I was capable of leaving the area enveloped by this pulsating energy. I began to panic when everything went black.

I awoke and realized I was in my bed at home. I looked at the clock. It was 4:30 AM. Ninety minutes had passed.

The next morning I wondered if the presence outside the park was the spirit of my friend. Was he unable to enter the park? Was the howl I heard an expression of pain or sorrow, or a simple announcement of his arrival? If it wasn’t my associate, who or what was it? Was the pulsing vibration I felt a barrier of some type that prevented access to the park (or me)? We compared notes soon thereafter, and I learned that he awoke at the prearranged time and drifted into sleep as I did, but had no recollections of what came next. Coincidentally, he awoke that morning at 4:30 AM—the same time I did. He described great fatigue and a severe headache upon awakening—hardly evidence of astral projection, but perhaps indicative of something. I confided that for almost a week afterwards, I awoke every night at 4:30 AM.

I resigned myself to never really knowing what transpired. Can we fathom what lurks in the worlds beyond our dreams? Years later I related my experience to my brother. He listened with interest and validated the incident as distinctly possible. He previously investigated descriptions of out-of-body experiences, and what I related matched other accounts.

Did I dream an ordinary dream, or did I leave my body for a strange encounter in a nearby park? Was it a hallucination or an out of body experience? I am content to accept the experience as the latter, but have nothing more than memories to substantiate it as an OOE.

Do you believe this was an out of body experience?

Read more hubs about the paranormal and unexplained! 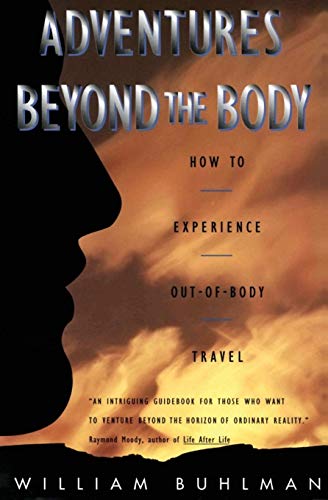