That statement always seems to surprise people. Lucky genes, they say; I can’t argue. I was fortunate enough to be born with Gilbert’s Syndrome, which provides an abundant source of antioxidants for my body (a topic better discussed elsewhere).

But that's not the whole story. I've never even tasted a cigarette, but I do occasionally drink. My life has had its share of bad, unhealthy habits that I haven't dropped, being the human being that I am. However, I make it a point to have even more good habits, not just to help balance out the bad, but to do more good than bad. In other words, my slower-than-average age related degeneration is no accident, and it's certainly not all luck.

If you were guaranteed an additional 15 healthy years to your lifespan, but had to take a regimen of 15 pills every day for the rest of your life, would you do it?

Supplementation is Vital to Longevity and Life Extension

In the book, Transcend: Nine Steps to Living Well Forever by Ray Kurzweil and Terry Grossman (linked below), we are told that there are nine steps to providing ourselves with the best chances of living long enough to live forever. Nutritional supplements are described as one of the most important, and it doesn't take a rocket scientist to figure out why. Our problems lie in figuring out which supplements we should take. There are plenty of web resources telling us that we should take this and that for whatever reason, but I find that they all seem to be telling us the same information over and over. I don't need 300 sites telling me to take fish oil, I want something fresh, which is where Ray and Terry come to our rescue.

In order to guide myself and others toward some of the best supplements that people are often not aware of, I thought I would look to the person most widely known for his extensive research on life extension and nutritional supplementation, Ray Kurzweil. I was fortunate enough to have a dialogue with Sarah Brangan from RayAndTerry.com, who provided me with some great information on some of the nutritional supplements included in Ray's diet.

Even a rocket scientist would not be able to tell us which supplements we should take. Jet fuel has not been proven to help fight aging..

As a child, your cell membranes may have been as much as 70% phosphatidylcholine. Over time, this will decrease down to around 10% once you've reached your senior years. Phosphatidylcholine is building a name for itself as a miracle supplement thanks to this large role it plays in the aging process.

As you age, your cell membranes get filled in with hard fats and cholesterol, making it more difficult for your cells to absorb important nutrients while letting toxins out. This is the primary cause for your skin to lose its suppleness and your organs to become less efficient as you age. Supplementing with phosphatidylcholine will reverse these aging processes, maintaining the integrity of your cell membranes.

While phosphatidylcholine will not stop the processes of aging, it should certainly slow them down. 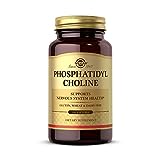 If you're familiar with this supplement, but you probably know it as Turmeric, a common Indian spice. Turmeric has been found to be a powerful antioxidant and anti-inflammatory agent that can help to prevent the excessive expression of nuclear factor-kappa beta (NFkB), which activates the body’s inflammatory responses.

We know inflammation to be a biological mechanism evolved in the very early years of mankind that is no longer a necessary function, but instead only contributes to the body's aging process. This function directly contributes to atherosclerosis, neurological diseases, and other conditions.

The poor solubility of curcumin causes it to be poorly absorbed. Because of this, studies show that you truly get what you pay for. Some brands of curcumin or turmeric supplements have been found to provide a mere 8% of the amount expected! There is a liquid form on the market which will provide the best absorption, but if you insist on going with a pill form, just make sure you are getting a quality brand.

Back in the 90's, there was a breaking news story telling us that drinking a glass of red wine every day is good for us overall. By now, this is pretty common knowledge, though many people don't actually know the reason. Resveratrol, the antioxidant found in red wine, helps protect DNA from damaging free-radicals, which is believed by some to help explain the French Paradox.

In the early 2000s, two different research groups were able to extend the lifespan of a certain species of nematode through the use of resveratrol. We may not be nematodes, but any advancement in the lifespan of another organism often results in a similar discovery in humans, even if on a smaller scale.

Resveratrol supplements come in a wide range of dosages, but about 400mg per day is recommended for the average person.

Ubiquinol is the activated form of Coenzyme Q10 (CoQ10). While CoQ10 is growing in popularity, particularly for people in their later years, everybody can and should be providing themselves with the benefits that come with CoQ10 supplements, no matter what their age.

CoQ10 helps the metabolism in the breaking down of carbohydrates and fats into usable energy. On top of that, it is also a powerful antioxidant residing in your mitochondria and helps your body recycle vitamins C and E, providing you with a huge arsenal of cancer fighting molecules. Research has found ubiquinol to both extend the lives of mice, and help to reduce exercise induced fatigue.

Some people will argue that straight ubiquinol is preferable to taking just CoQ10, possibly because our bodies find it more difficult to synthesize CoQ10 into ubiquinol as you age. On the other hand, CoQ10 is more easy on the pocketbooks and provides us with the same benefit, provided we are able to metabolize it. With those facts in mind, the best recommendation I have come across is to stick with CoQ10 until around the age of 40, then make the change to ubiquinol.

Recommended dosage is typically between 30 and 100mg twice daily with a meal. Although those with congestive heart failure, cancer, or on any kind of statin drugs (which deplete the body of CoQ10) should instead be taking between 400 and 600mg daily.

Acetyl-Glutathione is a super-antioxidant. Glutathione regulates your metabolic processes, and has been found to be linked to every major aging process in your body. While it is incredibly difficult to artificially raise glutathione levels, it is pretty clear that doing so may be one of the most important parts of supplementation...for everybody.

Whenever we contract an illness, it is normal for certain chemicals in your body to become deficient. Glutathione is no stranger to this process. The deficient states to the right have been found to cause glutathione deficiencies. In addition to that list, it is also believed that low glutathione are one of the underlying causes of bipolar disorder and schizophrenia, and supplementation has been found to reduce the symptoms of these disorders. Even if you are perfectly healthy all around, however, you haven't escaped the aging disease yet. No matter who you are, it is a worthy supplement.

The bad news
Glutathione has a very short lifespan once it enters the bloodstream, rendering it almost useless when taken orally. Even taken through an IV it doesn't last long, although it does provide for a short-lived boost to metabolism. Because of this, glutathione was not often suggested for the general public.

The good news
Acetylated molecules have the ability to be absorbed into cells faster. This has proven an effective means of transporting glutathione to its destination before being rendered useless in the bloodstream. Emerging from that discovery, we have the supplement Acetyl-Glutathione. Recommended dosage for this product is 100mg daily.

Growing up, I was always told to follow the food guide pyramid to achieve a "balanced diet" and be perfectly healthy. Nowadays, people tend to have the key elements of nutrition pretty well figured out, even if they don't actually follow them. This may be a great step toward living healthy longer but we still cannot achieve optimal health and longevity without supplementation, no matter how well we eat.

Our soil is no longer as rich as it used to be, with food is being genetically or chemically altered to produce more of it in less time. Plus, our bodies simply require far too many nutrients for us to possibly fit the optimal levels into our diets. Studies have shown that even a simple daily multivitamin can make a considerable difference in our long-term health. Moreover, many people see the 100% recommended daily values on a vitamin and believe that they are getting the optimal values. In truth, these numbers only represent the bare minimum that you should be ingesting on a daily basis to avoid deficiencies.