Heteropaternal Superfecundation: How Twins With One Mother Can Have Two Different Fathers

The past decade has been filled with many history making events. 9/11, War in Iraq, a recession, and so many other tragic deaths and events to mention that it leaves a person with a heavy heart when thinking back over the first ten years of the century. One historical and rare event that had a bizarre twist was the incidence of heteropaternal superfecundation. The definition should sound familiar to Days of Our Lives fans.

Superfecundation is the fertilization of more than one egg (ovum), during separate acts of sexual intercourse in the same menstrual cycle. Naturally, this will always result in fraternal twins since two different eggs have been fertilized. If the two sexual acts that occur during the same cycle are with two different men, then there would be one mother, one set of twins, and TWO fathers. So, Lucas and EJ being the biological fathers of Allie and Johnny, and Sami delivering them as fraternal twins is not so far fetched! This should make sense to Days fans.

This soap opera is real life for one couple in Dallas, Texas. The mother began to worry when she noticed that her 11 month old twins had noticeably different facial features, and confessed to an affair. DNA results revealed that there was a 99.9% chance that the twins had different fathers. The man forgave her and the he plans to raise both boys as his own, along with their mother.

Although the incidence of heteropaternal superfecundation is very rare, there have been a few documented cases. The first one being in 1810 when a young white female gave birth to one white baby and one of mixed race. Now here is where the family tree takes a strange twist, the twins would be half siblings! Imagine explaining that one at a family reunion!

Heteropaternal superfecundation can even be found in Greek mythology. Hercules and Iphicles, twins, have different fathers. One is the son of Greek god Zeus and the other is the son of a mortal man.

So ladies not only is there the increased risk of STDs and unplanned pregnancies with having multiple sex partners, you have the possiblity of heteropaternal superfecundation, especially when twins run in the family. Dealing with one father is hard enough, imagine explaining to two different men that they are a father of one twin each in a set of newborns to a woman they both know they had a sexual encounter with. Plus, dealing with the relationship status of the woman and these two men who are now in shock.

So Days of Our Lives fans, Sami could have actually have had twins with different fathers. So if you are not a fan of the soap opera and find yourself in this situation, you might enjoying watching these episodes. And you thought that they only made things up on the soaps. 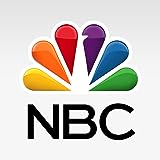