Migraine Headaches, Yoga and Me

It began for me on a Monday evening. I finished dinner and prepared to relax for a few hours in front of the television. I noticed a pain in my forehead above the left eyebrow but tried to ignore it. A short time later I sneezed, and from that moment the ache in my head was increasingly severe. I took Tylenol to ease the pain, but it did nothing. Frustrated and miserable I went to bed, remembering that whenever I went to bed with a headache it was usually gone by morning. This time was different, however. More Tylenol offered no relief, and I applied a cold, wet washcloth to my forehead. The compress helped somewhat but not enough, and the headache limited me to less than two hours of actual sleep. Eventually my stomach became upset and I threw up twice in the night. By sunrise I felt dizzy and slightly disoriented. This was the worst headache I had ever experienced.

When morning came, a tingling sensation in my arms was added to my list of symptoms and I elected to visit my doctor. He was worried enough to have an ambulance transport me to the hospital for tests. After doctors were assured I wasn’t the victim of a heart attack or stroke, I was told I was suffering from a migraine headache. I felt better the following day, but the headache did not entirely subside for more than three days.

Although I suffered frequently from sinus headaches, I had no history of migraines and it was suggested that stress triggered this episode. Given the severity of my headache, I was certainly grateful that this wasn’t a regular occurrence for me. I have had migraines several times since I suffered my first headache. It is not a regular problem, but when they occur, the pain is overwhelming.

Learn more about helping your headache with materials from Amazon.com 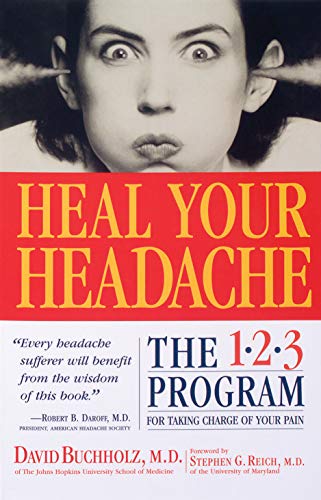 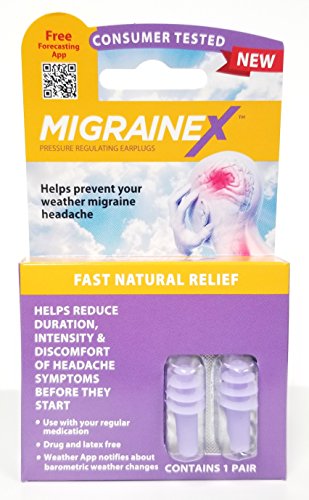 The face of pain

What is a migraine and how is it treated?

Approximately 17% of the population gets a migraine headache sometime in their life (over one billion men and women worldwide)! It has been estimated that over 300 million people get migraines regularly and some don’t even know it, believing they are suffering from sinus headaches.

A migraine is a specific type of headache that is severe and is often accompanied by a variety of symptoms. It is commonly believed they are the result of the irritation and inflammation of nerve endings caused by a constriction of arteries to the brain which reduces blood flow, followed by dilation or widening of the arteries. A sudden shift from constricted to dilated arteries causes the pain. Scientists now suspect, however, that they are caused by inherited abnormalities in genes that control activities in some cell populations in the brain. Migraine headaches are often triggered by specific substances or causes including caffeine, red wine, chocolate and aged cheese. Emotional stress, physical exertion, bright or fluorescent lights, high altitude or changes in weather can also cause an attack. Symptoms can include severe headache, nausea and vomiting, sensitivity to light and sound, dizziness, blurred vision and tingling in the face, arms or legs. The symptoms can vary widely between persons and episodes.

There are a host of preventive and pain-relieving medications employed to combat the symptoms of migraine headaches, and they are used with varying degrees of effectiveness. Preventive treatments are typically considered when medications to relieve migraine symptoms are ineffective. In most instances preventive medications don’t eliminate headaches completely, and some can cause serious side-effects.

Treatments for migraines that don’t include medication include exercise, massage, aromatherapy, heat and/or cold, acupuncture and herbal remedies. Avoiding migraine triggers through controlling diet and avoiding stress are also important in managing headache pain. Each method for treating migraines has supporters, but nothing seems to be 100% effective.

In a search for relief from headache pain, a wealth of “home remedies” has also been shared. Magnesium pills, peppermint oil, ginger root, Gatorade, tea with honey, induced vomiting and even a towel or pillowcase wrapped tightly around one’s head are among the many solutions found in online searches. The sheer volume of ideas offers many possibilities for those seeking a respite from pain.

Prescription medication, alternative treatments or home remedies—no matter what our preferred treatment may be, we still seem to be in agony. Many people find satisfactory remedies, but others suffer alone in a darkened room until the pain subsides. I have yet to discover a treatment that entirely alleviates my pain and have resorted to preventive measures. I decided to fight back against migraine headaches at the first sign of an attack.

Yoga techniques as a remedy for migraine headaches

Migraine treatments and me

On recent occasions when I felt a migraine looming, I attempted to combat it proactively. My primary tool for minimizing my symptoms was gentle yoga. Focusing on my breath, posture and relaxation has been instrumental in reducing headache pain.

At the onset of a migraine headache, I sit on the floor with my back straight and eyes shut, focusing on my breathing. I inhale through my nose slowly but without holding my breath. Long, extended breaths release endorphins that naturally relieve stress, headache and back pain. Deep breathing increases oxygen to my brain and calm my thoughts. If my headache has not yet reached a stage where the movement of my head increases the pain, I will lift my head up and back as I inhale, and lower it toward my chest when exhaling. I also practice Anuloma Viloma Pranayam, wherein I systematically breathe in through one nostril and exhale through the other, using my thumb and index finger to regulate my breathing.

Neck and shoulder stretches relieve tension that often contributes to headache pain. Slowly circling my head in rhythm with deep breaths releases stress in both my neck and shoulders and helps me to focus on breathing. Alternating the cat (down on hands and knees with back arched) and cow (down on hands and knees with back swayed) poses achieves similar results. With seated poses, I am careful to keep my back straight and shoulders down. I am simultaneously cautious to avoid postures which raise my heart above my head. Simply bending over often worsens a headache for me, and it was clear from the outset that yoga postures that cause blood to rush to my head are counterproductive.

I hold each position only for as long as it is comfortable to do so when warding off a headache. When I am finished, I meditate in a savasana. In this position I lower myself to the floor onto my back. My arms are at rest at my sides, my palms are up and my shoulders are pulled away from my ears. My legs are extended in a relaxed position and my feet fall to their sides. My focus is entirely on relaxation, and I will often imagine a “happy spot” to fix my attention. This visualization is a place where I feel calm and at peace; the outside world does not intrude here. I imagine myself alone in the mountains, feeling the sunshine on my face and a cool, autumn-like breeze. The happy spot will be different for everyone, of course.

Will yoga work for you in combating migraine headaches? It is difficult to predict results, but with a basic knowledge of its practice, you can fight the debilitating pain in a safe and inexpensive way. Alone or in conjunction with other remedies, yoga might be exactly what is needed to help conquer the pain you’re suffering.

Note: I am not an expert in the instruction or practice of yoga. The procedures described here are not recommended as a substitute for medical advice or treatment; nor are they intended as instruction for those beginning the practice of yoga. For reasons of safety and health, consult a doctor and a certified yoga instructor before attempting these or any yoga techniques.

Read more articles about health and wellness by this author

Take the poll that makes your head hurt

Have you ever suffered from a migraine headache?

How do you treat your migraine headaches

Have you ever used yoga to aid in the treatment of migraine headaches?

Read more about health and wellness with materials from Amazon.com

Explore yoga with help from Amazon.com