I was a small child lying in bed, drifting off toward sleep. The door to my room slowly opened, and I saw the silhouette of my sister in the doorway, her shadowy form illuminated from behind by a light in the hallway. I softly called her name but she did not respond. After standing there for a few seconds, she turned and walked away. The next morning my parents found her at the dining room table with her head resting on her arms. She was sound asleep……

On a cool night in October, a friend called and asked if I could pick him up at the train station. I asked where he was returning from—I never knew he had been away. To my shock and surprise, he hadn’t gone anywhere at all. His last memory was getting ready for bed. He apparently got out of bed, dressed himself and walked to the station; all while still asleep……

I finished dinner and settled in for an evening in front of the television. After channel-surfing for awhile, a found a basketball game that interested me. I drifted into a light sleep watching the game. Four hours later I awoke from my slumber. I was lying on the pavement next to my car in the driveway……

The common theme in these stories is that they all describe incidents of sleepwalking, a disorder that occurs when a person walks or performs another activity while asleep. Sleepwalkers look as though they are awake and can perform complex activities like preparing food, using the bathroom or even driving a car. If awakened, however, they will likely have no memory of what they were doing.

The duration of a sleepwalking episode can be very brief (a few seconds or minutes) or last for a half hour or longer. Sleepwalkers will return to normal sleep on their own if they are not disturbed, but not necessarily in their bed. It is an odd experience that can be very frightening when it occurs.

Learn more about sleep disorders with materials from Amazon.com

Sleep: A Groundbreaking Guide to the Mysteries, the Problems, and the Solutions
Buy Now 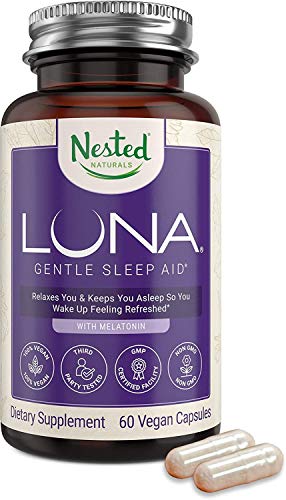 Nearly 18% of the population worldwide is prone to sleepwalking, and most people have sleepwalked on at least one occasion. Sleepwalking or somnambulism is most common with children and usually decreases as they get older. Although less common, adults can also be afflicted and it is estimated that between 4-10% of adults sleepwalk. A young child is likely to outgrow a pattern of sleepwalking, but children who don’t begin to sleepwalk until the age of eight or nine are apt to continue into adulthood.

The symptoms of sleepwalking

Sleepwalking symptoms are very recognizable and may include open eyes and a blank expression, sitting up or walking. When spoken to, the somnambulist might be unresponsive, slow to answer or will perhaps mutter incoherently. A sleepwalker may appear clumsy or dazed, but can still be capable of performing detailed activities while sleeping such as dressing themselves or driving a car. In some circumstances a sleepwalker will display agitated or violent behavior. If sleepwalkers are awakened, most will be confused, disoriented and retain no memory of what they did while asleep.

There is no single cause for sleepwalking, and even someone with a propensity for it might respond to a wide variety of triggers. Sleepwalking can be prompted by many things, but typically its causes will fall into one of three general categories.

1. Genetics. Sleepwalking is linked to genetics because children are far more apt to be sleepwalkers if their parents were somnambulistic. Identical twins display greater tendencies toward sleepwalking, and males are more likely to experience sleepwalking disorders than females.

Most people consider sleepwalking a nuisance more than anything else, but it is a cause for concern in any household that has a chronic sleepwalker in residence. It may not be possible to know why anyone sleepwalks, but issues known to contribute to the occurrence can be managed. Combating this problem can be approached in several ways, each representing a more concentrated effort to deal with the problem.

1. Make the home and bedroom as safe as possible. This does not address the problem of sleepwalking directly, but it keeps a chronic sleepwalker safer. Things a sleepwalker can do include: sleep in a ground floor bedroom; keep doors and windows locked; remove cords, wires or anything else a somnambulist can trip on; secure knives or other sharp items.

2. Manage stress or other sleepwalking triggers. Allow yourself to get enough sleep at night—so many problems vanish when we get the rest we need. Avoid dealing with disturbing subjects such as finances or relationships before bedtime. Practice yoga, meditate or engage in other activities that reduce stress. Refrain from drinking alcohol or taking medication directly before bedtime.

3. Consult a doctor if necessary. Medical conditions can cause sleepwalking, and treatment of the underlying condition can minimize chances for sleepwalking episodes to occur. A doctor can treat asthma, fever or other medical triggers. A sleepwalker that becomes injured or is violent during an episode should be encouraged to seek a medical examination.

There are a several myths surrounding sleepwalking. These misconceptions add to the mystique of walking while asleep, but are typically not based in fact.

1. Sleepwalkers move about with their eyes closed and their arms outstretched in front of them. In reality, somnambulists walk like a waking person would, although perhaps more slowly or clumsily. This perception of sleepwalking doesn’t even exist in Hollywood anymore, but somehow the image remains.

2. It is dangerous to awaken a sleepwalker. It might startle a sleepwalker to find themselves in unexpected situations or surroundings, but waking a sleepwalker will cause them no physical harm. Choosing not to awaken sleepwalkers exposes them to risks from falling or bumping into things.

3. Sleepwalkers are acting out their dreams. It has recently been reported that many sleepwalkers have described dreamlike incidents that correspond to their actions performed while sleepwalking. However, Sleepwalking does not typically occur during REM sleep, so a sleepwalker is not thought to be acting out a dream.

Assess the problem and take action

I have “gone for a walk” three times in my adult life (that I am aware of). I awoke in my driveway once, in my front yard on another occasion, and sitting at the drawing table in my basement the third time. I didn’t worry much about my sleepwalking exploits, but I lived alone when each instance occurred and that was a cause for concern. No one was there to find me if I fell and injured myself, or I could easily have locked myself out of my house at night. Since one of these incidents occurred soon after another, I consulted my doctor for advice. I was facing a particularly difficult period in my life at the time and he suspected stress prompted the episodes. Things soon improved for me and the incidents did not reoccur.

Because sleepwalking is unpredictable and there is so much that could happen, it is important to take somnambulism seriously if it occurs. I usually meditate, practice yoga or listen to music at night before falling asleep—I find it helpful to relax and slow my thoughts in order to sleep soundly. Anyone who walks in their sleep should consider consulting a doctor, particularly if it happens frequently. There are no definitive “cures” for sleepwalking, but contributing factors can be identified and are often easily treated. Don’t wait until you find yourself at the train station some night…….

Walking the Walk: A Sleepwalker's Poll

Have you ever gone sleepwalking?

Sleep: A Groundbreaking Guide to the Mysteries, the Problems, and the Solutions
Buy Now

Things to help you relax from Amazon.com 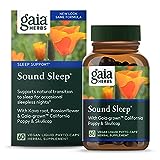