Everybody has heard the facts about girls maturing physically at a much earlier age. We know this to be a fact and can prove it. The major suspect is the hormones in milk and dairy products. The FDA in 1993 approved recombinant bovine growth hormone (rBGH). Europe, Canada, Japan, New Zealand, and Australia have made it illegal. The FDA’s center for veterinary medicine admits rBGH causes mastitis (utter infections). Mastitis is treated with antibiotics, another thing to worry about. Some dairy farmers don’t wait for infection they just treat all the cows with antibiotics for prevention. Antibiotics can contribute to the growth of antibiotic-resistant bacteria.

The good news is more people have started to buy organic milk, my family included. The other dairy products need to be considered as well. In 1970 Americans consumed on average 10.8 pounds of cheese a year. In 1990 the average had gone up to 24 pounds a year and in 1994 it was 27.7 pounds. The same juiced-up

cows make cheese as well. Wow, I should have been a rocket scientist! I say this because it took me a while to realize this.

The risk of increased chance of Breast cancer, early sexual maturity, and antibiotic resistance is enough for me. The long and short of the story is, organic milk and cheese is very expensive but the alternative is way worse. If it really is not a big deal, why would they go so far as to hide it? 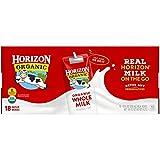