One of the Greatest People in History - Winston Churchill

"If you're going through hell, keep going."

Churchill was born into a wealthy family with all the privileges and opportunities needed for an ambitious man to go far in life. He was born November 30, 1874 in an enormous and grand palace called Blenheim, in Oxfordshire, England. Already, the Churchills were one of the foremost aristocratic families of Britain. Winston's father, Lord Randolph Churchill was a member of Parliament and the son of the Duke of Marlborough, who was Viceroy of Ireland. His mother, Jenny Churchill, was the daughter of a wealthy New York stockbroker, a member of high society who spent her teenage years at the court of Napoleon III in Paris. His parents had met at a ball for the Prince of Wales. During the 1940s, when Winston was addressing the United States Congress, he said: "If my father had been American and my mother British, instead of the other way round, I might have got here on my own."

"You have enemies? Good, that means you've stood up for something, sometime in your life."

The Birthplace of Winston Churchill 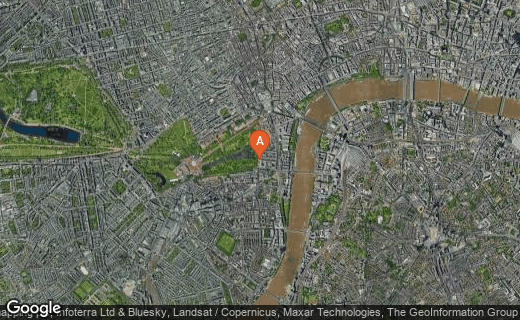 A Failure at School

When Winston was seven he was sent off to school, the first in a series of educational disasters. One teacher called him "a regular pickle;" another said "he has no ambition" and a third reported "he is constant trouble to everybody and is always in some scrape or other." He was a failure both academically and socially. His parents responded by sending him off to another school, where the teachers at least saw promise, if not performance. Then they arranged to get him into the prestigious public school Harrow, even though on his entrance exam he'd written only his name and the number one. He was placed in the lowest division of the lowest grade and it took him three years to earn a promotion. Teachers complained of his slovenliness, tardiness, tendency to lose his books and papers, and of course his low grades. He did, however, have a flair for writing and speaking. One of his few achievements in school was an award for reciting a 1200 line poem without error, and he also wrote for the school paper.

"My most brilliant achievement was my ability to be able to persuade my wife to marry me."

Winston Churchill as a Young Man

Once his schooling was complete, Churchill's parents decided to send him to Sandhurst military college to train as an officer as they were convinced he wouldn't be able to get into university due to his lack of academic acumen. Winston was ecstatic and finally felt that he was doing something worthwhile and challenging. He was a young man who preferred practical, 'hands-on-work' and once said, "I would rather have apprenticed as a bricklayer's mate, or run errands as a messenger boy, or helped my father dress the front windows of a grocer's shop. It would have been real; it would have been natural; it would have taught me more; and I should have done it much better. Also, I should have got to know my father, which would have been a joy to me." Finally, he was able to excel and was ranked twentieth out of a group of 130 students at Sandhurst.

One of the defining moments of his life came when as a 24-year-old officer serving with the British Cavalry In the rolling hills of the Sudan in North Africa, 1898, he along with 399 other men faced off against what they first thought were 600 Egyptian Dervish soldiers. The British soldiers were members of the 21st Lancers - a superbly trained and experienced regiment that included some of England's best fighting men.The Dervishes were well-known for their fearsome fighting ability, but that didn't faze Winston Churchill and the other men. British soldiers were renowned for their bravery and as one, they charged across the sun-baked land to meet them in battle.However, just as they reached the halfway point, another 3,000 Dervishes leaped out of a dry riverbed in front of them. The British Lancers' charge never faltered and they continued on, charging full speed into the enemy formation, slashing, shooting and fighting for their lives with no thought of retreat. Winston Churchill was at the front of the charge and fought just as bravely as the rest. 48 Lancers were killed and hundreds more wounded before they managed to form and hold a defensive position but Winston Churchill who embodied British courage and Idealism, was unscathed.

"Success is not final, failure is not fatal: it is the courage to continue that counts."

A Lesson From Winston Churchill

Who was Britain's best Prime Minister?

Churchill's Lesson: Improve Yourself Each Day in the Areas that You Feel Will Bring You Closer to Success

Churchill may not have excelled as a student but that didn't mean failure for him, on the contrary, it unpredictably gave him the chance to explore areas that he was interested in. Perhaps if he had gone to university, he would never have become one of the greatest prime ministers in British history.

During his time in India when there wasn't any fighting to be done, he spent his time studying philosophy, history and religious texts as well as the Annual Register of Parliamentary Debates, which he used to sharpen his opinions and gain an understanding of politics. What are you doing in your spare time?

Are you constantly honing and improving your skills?

Create a success library of books you wish to read to assist you in gaining more knowledge in the area you wish to excel in, and you could even create a success folder which you could fill with useful information in your area. Read and study for at least a few minutes each night and within a surprisingly short time, you will have become an expert in your chosen field as Winston Churchill no doubt did. If you find you are failing at something, don't lose heart. It is probably because you have no real interest in it, and your real interests lie elsewhere. It is up to you to find them. What inspires you? Who are your role models? Answering those questions will give you some clues as to where your real ability lies.

More Articles from the Greatest People in History Series

The Greatest People in History Series - William the Conqueror