Vitamin D Deficiency and the Use of Sunscreen

Dr. Holick looks at how vitamin D is derived from sun exposure and provides global recognition for how exposure to sunlight is important to bone health.

Sunshine is good for you! While too much sun causes wrinkles and raises other health concerns, a lack of sun exposure, our primary source of vitamin D can cause serious health problems, such as osteoporosis, certain cancers, and diabetes. Dr. Holick, the discoverer of the active form of vitamin D, has pulled together an impressive body of evidence in support that no one should be-as he puts it- a sunphobe, or, for that matter, a sun worshipper. His conclusion: relatively brief, but unfettered exposure to sunshine and its equivalent can help to ward off a host of debilitating and sometimes deadly diseases, including osteoporosis, cancers of the colon, prostate and breast, hypertension, diabetes, multiple sclerosis, rheumatoid arthritis, and depression.

Should We Wear Sunscreen?

Dermatologists routinely talk of the need to wear sunscreen. But the body needs sunlight to produce vitamin D, a crucial nutrient.

So, is it possible that wearing sunscreen might interfere with the synthesis of vitamin D?

Yes. Studies have found that by blocking ultraviolet rays, sunscreen limits the vitamin D we produce. But the question is to what extent.

The majority of the body’s supply of vitamin D, unlike most other vitamins, does not come from food. It is produced in our skin when we are exposed to ultraviolet light from the sun. About 90 percent of our total supply of vitamin D is obtained this way.

Vitamin D is essential for promoting calcium absorption and in maintaining normal mineralization of bone. Without sufficient vitamin D, bones can become thin, brittle, or misshapen. It is also essential in the modulation of neuromuscular and immune function and reduction of inflammation.

Several studies observing large groups of people have found that those with higher vitamin D levels also had lower rates of cancer. About a dozen major studies are under way to test vitamin D’s ability to ward off cancer, said Dr. Peter Greenwald, chief of cancer prevention for the National Cancer Institute. Several others are testing its potential to treat the disease. Two recent studies reported encouraging signs in prostate and lung cancer. 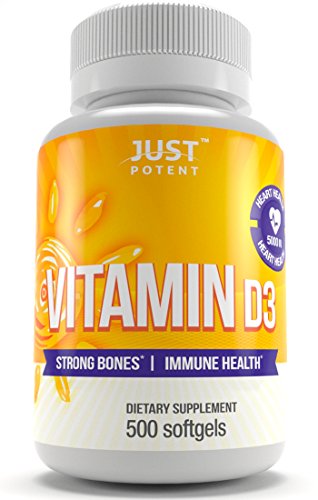 A number of scientists now believe that our growing use of sunscreens and reduced time spent outdoors could consequently be contributing to an increasing incidence of vitamin D deficiency – and thus to an increased risk of disease.

Government advisers can’t agree on an RDA, or recommended daily allowance for vitamin D. Instead, they say “adequate intake” is 200 international units a day up to age 50, 400 IUs for ages 50 to 70, and 600 IUs for people over 70. However, many scientists think adults need 1,000 IUs a day, while other research suggests 1,500 IUs might be needed to significantly curb cancer.

If we need 1,000 IUs of vitamin D a day, a glass of milk supplies only 100 units and a multivitamin only 400. One problem with the use of supplements for obtaining the necessary vitamin D, is that most typically contain only small amounts of D-2 and include vitamin A, which offsets many of D’s benefits. So, most people need the sun in order to avoid deficiency. New research has found that wearing sunscreen continuously can reduce the amount of vitamin D a person is able to make.

Dr. Michael Holick helped in the landmark discovery of how vitamin D works. He was chief of endocrinology, nutrition and diabetes and a professor of dermatology at Boston University. He has also published a book, “The UV Advantage,” urging people to get enough sunlight to make vitamin D.

“I am advocating common sense,” not prolonged sunbathing or tanning salons, Holick said.

Dr. Holick states that skin cancer is rarely fatal. The most deadly form, melanoma, accounts for only 8,650 of the 55,888 cancer deaths expected to occur in the United States in 2009. Repeated sunburns have been linked to melanoma, but there is no credible scientific evidence that moderate sun exposure causes it, Holick contends.

“The problem has been that the American Academy of Dermatology has been unchallenged for 20 years,” he says. “They have brainwashed the public at every level.”

“The statement that ‘no sun exposure is good’ I don’t think is correct anymore,” said Dr. Henry Lim, chairman of dermatology at Henry Ford Health System in Detroit and an academy vice president.

Vitamin D, is nicknamed the “sunshine vitamin” because the skin makes it from ultraviolet rays. Sunscreen blocks its production, but dermatologists and health agencies have long preached that such lotions are needed to prevent skin cancer. Now some scientists are questioning that advice. The reason is that vitamin D increasingly seems important for preventing and even treating many types of cancer. So the thinking is this: Even if too much sun leads to skin cancer, which is rarely deadly, too little sun may be worse.

No one is suggesting that people fry on a beach. But many scientists believe that “safe sun” – 15 minutes or so a few times a week without sunscreen – is not only possible but helpful to health.

As for sunshine, experts recommend moderation until more evidence is in hand. “The skin can handle it, just like the liver can handle alcohol,” said Dr. James Leyden, professor emeritus of dermatology at the University of Pennsylvania. “I like to have wine with dinner, but I don’t think I should drink four bottles a day.”

Dr. Edward Giovannucci, a Harvard University professor of medicine and nutrition, has said, “I would challenge anyone to find an area or nutrient or any factor that has such consistent anti-cancer benefits as vitamin D. The data are really quite remarkable.” He also suggests that “vitamin D might help prevent 30 deaths for each one caused by skin cancer.”

Dr. Giovannucci laid out his case in a keynote lecture at a recent American Association for Cancer Research meeting in Anaheim, California. The talk so impressed the American Cancer Society’s chief epidemiologist, Dr. Michael Thun, that the society is reviewing its sun protection guidelines. “There is now intriguing evidence that vitamin D may have a role in the prevention as well as treatment of certain cancers,” Thun said.

It is clear that vitamin D is a vital substance for human beings and that sunlight is the way nature intended us to obtain it, but what about avoiding the damaging effects of sun exposure? Certainly one wouldn’t be wise to throw all caution to the wind and spend hours unprotected in full sunlight in an attempt to get enough vitamin D. Yet sunscreen manufacturers and most dermatologists suggest applying sunscreen at least 20 minutes before sun exposure, and then frequently reapplying over the course of the day. Without UV exposure, the body does not produce vitamin D. So it would be reasonable to suggest that sunscreen use has been a contributing factor in producing vitamin D deficiency in children (as well as adults), though it is certainly compounded by the fact that most children and adults spend far too much time indoors looking at screens.

While some unprotected sun exposure may well be a good thing, excessive exposure can undoubtedly cause fatal skin cancers. Perhaps it would be best advised to heed the words of the Greek poet Hesiod, who, as early as 700 B.C., wisely wrote that “moderation is best in all things.”