Breast cancer is the most common form of cancer in women. It is considered that 98% of cancers develop due to bad nutritional habits and lifestyle characterized by stress. New scientific studies have confirmed that breast cancer can be prevented and even beaten in your kitchen. For example, the interest of scientific research regarding natural soy extracts is based on observations that have shown a lower incidence of breast cancer, menopausal disorders, infertility and other feminine issues. One research showed that Japanese women who eat a lot of soy products have 15% -20% lower estrogen level than European women, and that there is a significantly lower rate of breast cancer and cancer of reproductive organs in Japanese than European women.

The proof that the cause is not in the genes lies in the fact that many "hereditary" diseases in fetus and little child do not exist, but they develop during life due to irregular nutrition and toxins present in our food and environment. Nutrition based on fat is one of the leading causes of breast cancer, and research has also shown that fat is one of the main culprits of its recurrence.

Preventing and fighting breast cancer assumes obligatory use of soy isoflavones, phytoestrogens (genistein and daidzein) which bind to estrogen receptors present in each cell. They block the growth of cancer tissue and the process of angiogenesis (the forming of tiny capillaries through which cancer feeds itself).

So, in which foods can we find them?

Phytoestrogens are contained in soya and soy products, pulses such as lentils, chickpeas, vegetables, nuts, seeds (such as pumpkin seeds, leen seeds, sunflower seeds), berry fruits and alfa alfa germs. There are around 300 different plants containing substances similar to estrogen; among these there are four with the highest levels of phytoestrogen: chickpeas, leenseeds, lentils and soy.

Although phytoestrogens are a thousand times weaker than estrogens, it has been proven that they protect women against breast cancer. They regulate  the estrogen levels in the body. Soy has at least four substances slowing down breast cancer and these substances (just like synthetic medicines) bind themselves to estrogen receptors and prevent the growth of cancer. Every woman should take about 40 mg of isoflavones as protection, for example, 4 dcl soy milk (daily).

However, clinical research has shown that genistein in soy may affect the success of chemotherapy. That's why it is recommended not to eat soy a few days before and after chemotherapy. Soy as food is useful in moderate quantities but one must be very careful with other soy preparations.

The best food against cancer:

Substences in chard stop the growth of cancerogene cells. Flavonoides in chard slow down breast cancer by stopping the reproduction of DNA in the cell.

A research implemented in Poland and America showed that women who weekly ate three or more meals of cabbage had a 72% lower risk from cancer compared to those who ate half a portion.

The alcohol from celery called perilil can be found in the essential oil of celery seeds. Clinical research implemented in America showed that perilil influenced the stopping of breast cancer.

This is a spice from the ginger family originating from India and China. Women diagnosed with cancer should use a small spoon of powdered turmeric in everyday cooking together with extra-virgin olive oil and black pepper. Also, an extract of 1.5 g a day would be useful. Curry can also be used because turmeric is one of the 20 herbs, spices and seeds used to make curry. Turmeric contains many different vitamins and minerals, such as B6 and B3 vitamins, folic acid and minerals potassium, iron and manganese, omega-3 fatty acids, etc.

Curcumin is the greatest point of turmeric because of its therapeutic properties; it is the plant pigment responsible for turmeric's specific color. Curcumin has strong anti-inflammatory and antioxidant properties.  It is also great for diabetics because it acts in favor of the regulation of insulin levels in blood.

Several studies show that black grapes help the stopping of the growth of cancerogene cells. Red grapes are a valuable source of bioflavonoids - resveratrol is the key phytonutrient among them contained mostly  in the skins of red grapes and it has anti-cancerogene and anti-inflammatory properties. A new study has shown that resveratrolalsoprotects against diabetes! Women should be careful to purchase only organically grown grapes and wine.

An interesting information is that one of the first Americans who cultivated buckwheat was George Washington himself! Buckwheat is rich with vegetable fibres and helps opstipation and therefore, expelling the redundance of estrogen from the body. It also contains lignans – enterolactones which protect the body from breast cancer. Buckwheat is also being studied for use in treating Type II diabetes.

Research implemented in Russia, U.S., Japan and Canada show that green tea helps preventing and fighting cancer. It contains tannin and polyphenol catehin which are important anti-oxidants. Catehin slows down the creation of new blood capillaries needed for cancer growth and it accelerates the deterioration of cancerogene cells. One gram of dry green tea contains cca. 170 mg of catehin. It is recommendable to leave the tea 10 to 15 min after preparation, but not longer because it then loses its value. Three to six cups of green tea a day have anti-cancerogene effect.

Ginger is thought to be useful in preventing and fighting breast cancer because it an active component called gingerol , a very strong anti-oxidans. Ginger should be used fresh – grated, sliced or samljeven. Ginger can be used as spice or tea. Those who take blood-thinning medicines should be careful with ginger because ginger itself has the capability to thin the blood. 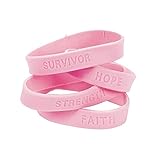 Recent studies have shown that other phytoestrogens help prevention rather than fighting the existing disease. Nevertheless, if breast cancer is diagnosed, it is useful to eat foods unfavorable for tumor or cancer growth.