Your child's addiction becomes an addiction for you

My son has two forms of addiction.....drugs and alcohol. I worry about him having both addictions, but the drug use is the one which worries me the most. I've had him say to me "when you use at least six to eight times a day, it's hard to quit cold turkey with nothing". This was after he had been seven days with no drugs in his system. He had just kept saying to me that day, he WANTED to use not that he NEEDED to use.

As a parent, you do everything to protect them as a child. You pick them up when they fall. You nuture them when they are sick. You cradle them when they cry. Once they become an addict, it all changes. They don't want your help. They push you away and shut you out. They feel they don't have a problem, and you are just "making a mountain out of a mole hill". This is what my son told me.

You become helpless. I have become helpless in this battle. It's a struggle daily. I'm always wondering where he is, and if he's okay. It consumes you. No matter what you try to do, it comes back to the same thing every day. How do I help? What do I do?

When you have child with an addiction, you develop an addiction, as well. Your addiction becomes the obsession of trying to save your child. This has now become my addiction......trying to save my child. I told my son, I didn't bring him into this world to watch him kill himself with drugs. However, drugs are sucking his heart and soul out of him. His life has drastically changed and so has mine.

The addiction, his and mine, consumes your life. You can't sleep. Your mind never shuts down. You are always wondering what you can do to fix this problem. As a parent, you don't want to accept the fact you can't solve it. It's broken, and mommy can't fix it. You can't make the pain go away. You can't put the pieces back together. You fight a never-ending battle. You try to follow your heart, but it's broken and you can't fix it until your son gets help for his addiction.The impossible mission until they admit they have an addiction, and are willing to get help.

You cry and cry because you don't know what to do. You ask for help but can't seem to get it. You want someone to see your pain, but nobody truly ever does or even understands truly how you feel. It's such a feeling of helplessness. You can't help your son, you can't seem to help your self. It's a never-ending battle. I fight this battle every single day. I wish every single day I could wave a magic wand and change everything. No matter what the outcome our lives are changed forever. There's no way to go back in time and make it go away. I have to find a way to move forward to save him. He will either thank me someday or hate me for the rest of his life.

The reality sets in

I had suspected my son had a problem for several months. He would call and ask for money. As a parent, what did I do? I sent it to him. I believed everything he told me. I think I believed because I didn't want to accept the fact, he had a problem. The one person in this world, I felt would never become an addict was my son. He just seemed to have everything together. He owned his own home. He owned vehicles that he paid for himself while he was working. Even as he and his wife divorced, he consumed himself with his son. When he first got laid off from work, he would keep his son anytime he could get him. He would always tell me, he wished he could just live with him full-time. He always said he would keep him anytime, no matter what he was there for him. He even kept a detailed calendar of how much time he spent with him. Then one day it all seemed to disappear.

I started saying no to the money. I had hoped this would make him realize he needed to get help. However, all he did was tell me what I wanted to hear. It was just empty words. He came to stay with me for nine days. Seven of these nine days he was clean. He had found a way to get away from me for a hour or so. During this time, he had used. I let him know up front, he wasn't fooling me. I knew. By the end of the seventh day, we were arguing and he left. He didn't want to be told what to do. I lost yet another battle in this fight.

He was gone for eighteen days from my house. The only thing I hoped for was at least a text message saying he was okay. I usually would get one. I suspected he was living in his truck, but didn't actually know. If I would ask questions, he was vague or just wouldn't respond. He decided to come back to stay at my house for a few days. He used the excuse to be able to spend time with his son. His son is only two.

While he was here, he avoided being put in a position where I could talk to him about his addiction. After only four days, he was gone again. Two days after he was gone. I got a call. He told me someone had beat him up badly on the day, he went back to the town in which he lives. He gave me a story about owing money. He said he needed to find a way to pay it back. He told me he knew he needed to get help. Later that night he asked if I could find a way to get him half of the money he owed. He promised he would pay it back when he got money the following week. I, loving my son as I do, did it again. I sent him the money.

The very next day, he called me again. I felt he was talking much clearer than he ever had. He had become someone the drug world shied away from because of the circumstances. I discovered he was sleeping in his truck. I also discovered he had not one penny to his name, some biscuits to eat and two gallons of water.

I was hoping upon hope, that he was finally ready to get help. He talked to me about all the things he had lost. He wanted to change. He promised if I could get him the rest of the money, he would be at my house in a few days. He said he would get help because he knew he had to do so. Finally, the answer I was waiting for from him.

On the day my son promised to pay all of the money back, came the let down. The feeling of helplessness creeped back into me once again. My hope had been torn down once again.

The next day I tried to reach him numerous times. He wouldn't answer me. I finally got him to answer me, his words to me were to quit pushing him or he would shut me out. He has done just what he said he was going to do. There has been no activity on his cell phone. I don't know if he's alive or dead; cold or hungry; a place to stay or sleeping on the streets or in his vehicle. The feeling of helplessness is back again. Bigger and stronger than ever because he has shut me out. Where do I go from here? What do I do?

I love my son very much, but he doesn't seem to understand what his addiction has done to me, his family, his son or any of the people who truly love and care about him. He has a son who worships the ground he walks on. I just hope he comes to his senses and wakes up before its too late.

The helplessness is here until this dilemmia is solved. 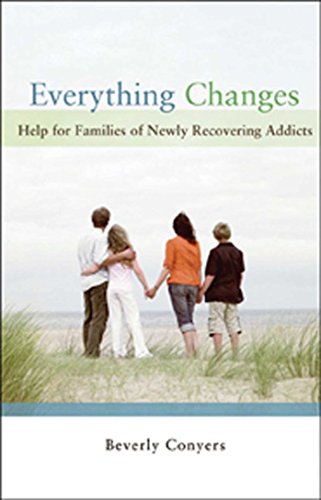