An Afternoon of Tarot Cards, Sleepwalking and Demonic Possession

An ordinary guy in unusual circumstances

I consider myself a normal guy. I enjoy sports, movies and relaxing over a nice meal. I visit my elderly parents regularly. I am a working man, and spend my evenings with family or friends. On weekends I attend to household chores. My life in most respects is identical to yours.

I have had several acquaintances who believed I was not like everyone else. Three women I have known in my adult life believed I offered protection against unseen forces stalking them. I was never certain what their beliefs were based upon, but they were adamant in asserting that I was the only one who could help them. At specific points in their lives, they came to me for help and protection. I never knew what I offered in response, but all of them assured me I saved them from deadly danger.

This is one of those instances. 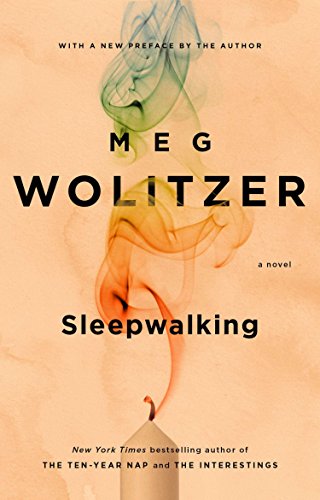 Images of the unexplained

An afternoon of fear

I received a telephone call on a Sunday morning in November 1980 from “Brad,” a lifelong friend and advisor. He invited me to visit in the afternoon. There was stress in his voice, but when I asked what was wrong, he was evasive. He assured me everything was fine, but he and his partner “Donna” had something to discuss with me. I arrived shortly after lunch and knocked on their door. Donna greeted me with a weary smile and invited me in. She looked exhausted, and I knew something was very wrong.

After some small talk about my classes at KU, I asked what their purpose in inviting me to visit was. Donna asked Brad if he might sit in the other room for awhile, and he politely acquiesced. Brad and Donna never kept secrets from each other, but she clearly didn’t want him to take part in our conversation. We sat at the kitchen table, side by side. Donna placed her hand in mine, looked into my eyes and spoke in hushed tones. She had been terrified lately. Her life was falling apart. A friend stopped visiting, convinced something horrible was about to happen to her. She sensed a presence in her home stalking her. The spirit sometimes appeared in the corner of her living room as a blue-gray fog or mist. Sometimes it swirled and resembled a cyclone. It never strayed from the corner, but she felt its presence frequently, even when she couldn’t see it. Donna said it wanted to kill her, both in the present and in at least one past life. While the force in her home remained in one place, it had grown in the last few weeks. It was larger and now filled almost a third of the room. As it grew, its whirling force threw her possessions about. It also began to emit an odor that sickened her, and affected the temperature in the house.

I asked how often she noticed this presence. She replied lately it was more and more frequently, but she first encountered it when she was very young. More recently, she saw the mist in the corner of the living room or had nightmares every night for the last week. Donna speculated the nightmares were not dreams but glimpses of a previous life. She estimated the time period to be late 19th or early 20th century, based upon speech patterns and clothing worn by people in her dreams. She mentioned castles, dying animals, and of being strangled by an evil entity. Donna thought Brad was there, but he somehow wasn’t human. In her dreams, Brad represented the spirit that menaced her. He was a creature of evil. She was exhausted but increasingly reluctant to go to bed at night, for fear of reliving these experiences.

I asked if there was ever a time when she didn’t feel this presence in her home. She didn’t feel it when I visited, and confessed that was why I was invited over. This spirit was never in the house when I was there. A week earlier when I came by to play cards with Brad, it was the first time in weeks she slept for more than an hour without waking up. She speculated that whatever this thing was feared me. She believed I exerted something that suppressed it—a power or aura. Donna hoped that I could banish this spirit from her house and life forever. I shrugged my shoulders in disbelief. I had no experience in controlling spirits, and I did not wish to say anything that would mislead her. I was just another guy. She was unfazed, claiming the spirit departed not just when I was there, but because I was there.

As we discussed the presence, Brad slept fitfully on the couch. His arm once fell to his side, and when he lifted it back to his body he tipped over the coffee table with his Aquarian Tarot cards on it—an amazing display of strength for a sleeping man. He muttered “no” in his sleep and made strange, guttural noises that sounded more animal than human. Brad rolled over and fell hard from the couch, but still didn’t awaken. Donna became alarmed, and bent over him. She said his name and touched his face. He muttered, “No! Not Brad!” and pushed her away as if she were weightless. Donna held his arms and threw herself on top of him. With all her weight pressed against his chest, she shouted his name and demanded he wake up.

Eventually, Brad’s eyes flickered open. Donna slowly lifted herself from him with relief, and Brad sat up. He quickly lunged for the Tarot cards scattered on the floor. He counted them, wrapped them meticulously in silk, and placed them back on the coffee table. A few minutes later he rose and walked toward the bathroom. Brad seemed at ease, but he punched the doors to the hall cabinets with his fist as he passed them. Donna came into the kitchen and hugged me, although seemingly more to calm her than me. She believed the connection between our conversation and what transpired seemed obvious. I asked what she suspected; she thought the evil spirit in her house might actually be Brad. She believed the force sought to occupy Brad’s body to hide from me. When I expressed my doubts, she said in tones mixed with fear and despair, “That’s why I couldn’t talk with him about it. That thing is either trying to possess Brad, or it is Brad!”

Brad returned from the bathroom, waved and smiled as he walked past the kitchen, and reentered the living room. Donna and I followed moments later and found him asleep again on the couch. She woke him, and we eventually realized punching the cabinet doors on the way to the bathroom and waving on the way back were all the actions of a sleepwalker. Donna was not above speculating that Brad’s behavior was not sleepwalking, but possession.

We explained what happened. She asked Brad to tell us what he dreamed, and he described something in the corner of the room. Donna asked if it looked like a fog or cyclone, but Brad shook his head. It was a man—an evil man. We conversed further, but there was nothing more to be said. We needed to inject some normalcy into events, and walked to the Kwik Shop for soda. Eventually I jokingly thanked them for a weird afternoon and left.

Donna asked me to visit frequently in the upcoming weeks, each time after being menaced by the spirit she feared or when nearing the point of physical exhaustion. She convinced herself she was completely safe only when I was in the house. Brad occasionally exhibited more bizarre behavior, and Donna continued to seek me out. She finally coerced me into spending the night in their home. We engaged in nothing unusual that night—Tarot cards or Ouija Boards were nowhere to be found. We ate dinner, shared a bottle of wine, built a fire and listened to music. When it was time to go to bed, I retired to their guest room. In the morning we ate breakfast together, and I went home.

The spirit in the house never returned. Donna was convinced the night I spent in her home was sufficient to frighten away forever a spirit that stalked her since childhood. While she continued to love Brad, she never fully trusted him. There was always a distance between them born of fear. Eventually he moved out of her home, and shortly afterwards she left town forever. She married and enjoyed a comfortable life—a life without interruptions from any unnatural menace.

I maintained that I did nothing more than spend the night in the guest room. My thoughts and actions involved nothing to cast myself as something demons should fear. I was reminded of this incident years later, when a young lady sought me out to save her from Satan. Once again, my presence was enough to resolve the situation to her satisfaction, despite the lack of any conscious action on my part.

It would not be the last time, either.

Read about a similar experience that occurred nearly a decade later at http://hubpages.com/hub/A-Demonic-Threat-and-Help-From-A-Realized-Master

Names and circumstances were altered to protect the privacy of the individuals involved. 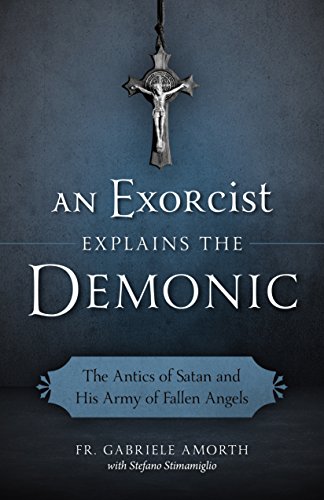