Everyone knows someone in his or her environment who made an attempt to lose weight. Often that person managed to lose some pounds, but the lost weight slowly returned and the person weighed as much or more than before the start of the diet. This is also known as the yo-yo effect, quickly losing some weight using a diet and then gaining it all back.

What is the cause of the yo-yo effect

Actually there are several factors that causes the yo-yo effect.

A major reason is that most people who follow a diet, do not really know what they are doing. They eat what the diet prescribed and if they are on their target weight, they fall back into the diet that they had previously. It's very important that you learn what was wrong with the diet that you had before you started losing weight. That you become aware of why you shouldn’t eat a pound of cheese every night or a bag of chips, if you don’t want to gain weight . 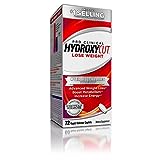 Another important reason is that the metabolism of the person who diets is significantly lower. This is because people who diet, often have a protein deficiency, because of a lack of proteins in their food. And protein deficiency leads to muscle breakdown. And precisely these muscles are the very parts of the body that need lots of energy.

Muscle degradation besides weight loss means nothing more than that person needs less energy per day to survive, or that the person needs to consume fewer calories per day. If that person then stops dieting and starts eating the way he did before, he will probably take up to many calories and therefore gain weight again.

The third cause lies actually more at the cellular level. Against which you as a person not much can do. Fat cells do not like to release the dissolved fat during weight loss and will therefore be in a state of stress. If the person goes back to his normal eating habits, fat cells tend to store fat faster to come out of this state of stress.

How could you avoid the yo-yo effect

The most important thing to avoid the yo-yo effect is that you're aware of what you're doing. Anyone who really wants to lose weight will have to explore the food he takes.

Know why it is better to eat a piece of fruit as a snack instead of taking a cookie or candy. To answer this question you also need to know how much energy and which nutrients are present in the food, you plan to eat. If you know that, you’ll think twice before you eat something fat or sugary.

Furthermore it is important that you do not lose weight to quickly, causing your metabolism not to drop. This prevents muscle breakdown from happening and you will need about as much energy per day as before you started dieting. If you then eat some more at a party for example, you will not immediately gain the weight back.

Lose weight without the yo-yo effect!

How could you lose weight without the yo-yo effect?

You could for example try a protein rich diet, like the Power Slim Diet. This diet will prevent muscle degradation and keeps your stomach full longer. Read more here.