Bumble Town - NZ: Why Are People Dying to Leave Here?

Bumble Town - New Zealand has finally given up a long held secret; known only to select members of the local council and a handful of local celebrities. Shocked residents today stormed the Town Hall demanding the truth from the red faced incumbent mayor Dooya Trustmeornot and his mate, ostentatiously 'short' councillor, Blu Litefinger aka 'the Eyebrows'.

"Why? Why have you hidden this from us?" asked Mrs. Mona Loteh; local entrepreneur owner of the Hungi-On -A- Stick Shop, Bumble Town Renta Loo and Tattoo Shop. "You're a mongrel, Dooya!" yelled her 5 year old son. "Why?" chanted the restless mob. "What do we do now for a living?" asked Hone the Herbalist, "Where will we find our watercress now?" asked Chainsaw McCullock. "Ummmm" said Wonald from the Busy Body Gym "Ummmm."

"Let me handle this," suggested the 'short' councillor to the mayor. "No, I think you've handled enough already!'" retorted the mayor, "If you'd buried the damn evidence of the last tourist properly, we wouldn't be going through this now, ok!"

"No, no, true boss, I'm up to it." "Bluey, you are 4' 7'' tall in big shoes; you are not up to anything... except you know!" Stepping forward towards the seething crowd, the mayor knew he would swing them; he always did. "Alright Shhhhh ok! This was all news to me as well, ok? That bloody Pizza man again! Yep, that's right, the Pizza man did this.. bloody shit-stirrer if you ask me. Yep, that's right and it shocked me too!" winking at his sidekick. "So, what have you guys heard?" 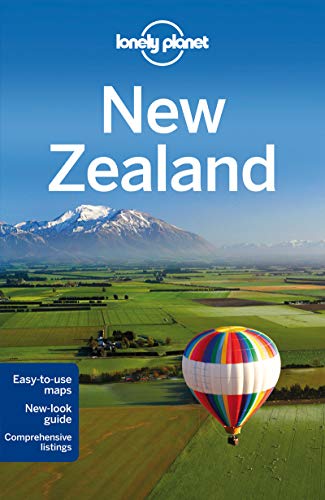 There are alot of trusting people in Bumble Town, along with alot of insecurity and ignorance. That alone provides a raft of opportunities for unscrupulous movers and shakers, who find it too easy to manipulate the very systems that had been put in place to help maintain that advantage and profit handsomely from it; thank you very much! Finally it looked like a sea of Bumbletonians were starting to ask questions. Progress.... not a road into the town, but it was real progress.

People were starting to question this 'same old, same old' regime which for years had divided the community into a three tiered class system. As I watched the events of the day unfold, I couldn't help but feel sorry for my mate at the Pizza shop who had questioned these guys so many times before. It seemed that whatever 'went wrong' in this town, he was the fall guy.

I remembered that the Bumble Town Business Association had been resurrected last year and when the Pizza man was elected as President, the mayor called for another vote in the hope that one of his own cronies would win on a second vote. It hadn't worked and the Pizza man had won again. Clearly he was seen as a threat to the security of the powers to be at the time. So they torpedoed all his efforts and ideas to unite the community, by spreading malicious rumours about him, in an effort to break down his credibility.

I have seen those sort of wolf pack attacks happening in Bumble Town regularly during the five years that I have been here. I had to laugh once when the Pizza man asked the mayor where all the asbestos had been dumped and was it true that the Blackwater Stream had been diverted to cover the dumps? Now Dooya was inciting the crowd into doing a job on the Pizza man; with this despicable secret deal that could effectively wipe Bumble Town off the map.

A Wee Bit of a Lot of History.

Ok, Sorry I still haven't told you what the 'Secret Deal' is, have I? Well... it's a long story and a real doozy! Just be patient for a few more pages and I promise you'll understand. Sorry I'm pulling your leg a wee bit on this: But only so it can be understood in the context that it deserves.

Once upon a time, a large industrial block of buildings were being demolished in Hamilton (North of Bumble Town). The building inspectors had stated that all the asbestos pipe laggings had to be removed, bagged and disposed of within the terms of NZ Health and Safety Law regulations. The Job was huge logistically and tenders were called for from the relatively few businesses capable of executing the task. The budget was approximately $2 million and only three companies tendered for the job. The executives of those companies were horrified to find out that an unknown operator had now been successful in securing the contract, with an offer of $1.5 million. That contractor was a syndicate called; Loe: Energy For Towns International Trust or LEFTIT for short, from a place called Bumble Town. The syndicate consisted of 26 members of Dooya Trustmeornot's family and local celebrity friends.

A Peaceful Place of Financial Gains and Ghosts.

One of the Many $ Shortcuts.

LEFTIT - A One Sided Balance.

Meanwhile back in Bumble Town; the council held a pair of 'special augmentation' meetings, in which the a proposal from LEFTIT had been tabled for funding consideration to the tune of $0.6 million from council and community funds management trusts. The purpose of the funding was promoted as being integral to the provision of employment for 45 local unemployed bush dwellers, referred to as NFTDs or in it's derogatory sense; No Fixed Tree Dwellers. So, once again LEFTIT hit it's straps and was successful in a proposal. A council cheque was drawn from the rates budget, in LEFTIT's favour and given to the mayor on behalf of his 'commercial' appendage.

With a cool $600,000 deposited into the Bumble Town Credit Union, the syndicate went about securing the equipment required to commence LEFTIT's contract. Council trucks etc. were then commandeered, 6 x No Fixed Tree Dwellers were employed and off they all went to Hamilton. Working at night conscientiously over the remarkable period of 6 nights, the NFTDs filled over 7000 onion bags full of asbestos, loaded them on the Bumble Town trucks and a convoy headed south in a trail of grayish white dust, then barged up the Blackwater Stream.

Two years earlier, the Bumble Town Council had cleared a few acres of bush on the outskirts of town and designated the area as a cemetery. That event had brought the town together in celebration as Bumble Town had not previously had a cemetery. In those days, the dead had merely been tied to a log and floated down the Blackwater Stream in expectation that they would eventually reach the sea. The new cemetery was a perfect place to stash the toxic waste, as only one part time gravedigger was officially allowed to dig around there. Trenches were dug (with council tools). The onion sacks of asbestos were buried in the trenches and they were sealed with concrete strips resembling normal headstone strips. To any nocturnal onlookers, this was merely a further expansion to the cemetery. And LEFTIT beneficiaries partied with over $2 million reasons why.

During the LEFTIT transportation phase, asbestos dust had been spread over the whole county. Within 18 months, the 6x NFTDs had all died horrific deaths, yet in their deaths the witnesses had also be taken care of. All effort was made to bury them in the new cemetery as quickly as posible; in the pauper plots. Over the following years other residents also sucuumbed to the effects of asbestosis. People were dying here as a result of a backroom deal between the 'Ruling Class' of not so white collar 'workers' of Bumble Town. Life was good for Dooya and friends; the last thing they needed was for outsiders to gatecrash Their Party.

Do you think you will follow these Bumble Town reports?

What was the Risk?

If news of this illegal disposal of toxic waste had reached the outside world or heaven forbid the government; effectively Bumble Town would have been demolished along with New Zealand's credibility as a green environment. The question of Dooya Trustmeornot and friends would be answered in a bright flash. Tourists were a threat, especially if they roamed freely within the county limits. It didn't take too much to work out the probable fate of the last tourist to visit Bumble Town. How did the secret get out?

Well there had always been rumours about it; but evidential proof came unexpectedly from an unexpected source. Brian Larmamalade and his immediate family of great pizza eaters, recently visited the site of Bumble Town's God of Light; Bahh-Imamess-ok. They were there for their weekly family picnic and to leave their offerings to the ancient god. At the base of the mighty tree lay a backpack, bathed in light, open and with documents, photographs, interviewing notes and a diary exposed. Brian is a curious guy, so he could not resist trying to read the paperwork. He never had the opportunity living in Bumble Town, to learn to read. So he took the bundle of goodies to a man who had once helped him read a menu. The Pizza Man!

For the last couple of days, the Bumble Town cemetery has been shut for business. A lot of nocturnal activity seems to be going on there at the moment. Council state that a significant part of the area has been undermined. I wonder if it's to do with the ghosts of past deeds done? For a primitive town; progress and change are now imminent. Thanks for calling - Kia Ora.