Christmas In the Modern World

Christmas in The Hearts of Filipinos

It is 41 days before Christmas as I write this hub. Christmas is one of the most awaited occasions in a year for most Filipinos. Everyone is excited and would try to make preparations for this wonderful event as early as possible. That is why the Philippines is known for having the longest Christmas celebration in the whole world. As early as the first day of the ‘ber’ months, you will start to hear Christmas songs being played on commercial establishments, radio and television stations. Truly, it is a wonderful feeling when you know that Christmas is just a few days ahead.

With the 257 countries around the world, Philippines is among those more than 160 countries that celebrates Christmas.

Christmas celebration is associated with the Catholic religious belief because this is the day of birth of Jesus Christ. Christmas traditions started during the Spanish regime as they introduced Christianity to the region in 1521. Their 300 years of colonization in the country brought so much influence in the life and culture of the early Filipinos. Christmas celebration is one of those traditions which until now is still being celebrated all throughout the country having around 85% Christians (mostly Catholics)

Christmas is a Regular holiday

As the passing of time, other Christmas traditions were brought in by other countries such as the US which have been in the country for 48 years.

Christmas celebration is one of the holidays in the country and is included in the list of Regular holidays which means even those who are not Christians are also entitled for such vacations. Similarly, giving bonuses or 13th month pay to all employees either in private or public offices Bonuses is mandated by law.

Everyone is anticipating for this event and they see to it that this event should be the most celebrated and the happiest celebration in a year. Early shopping spree to avoid Christmas rush are practiced especially those who received bonuses earlier. Government employees are usually receiving their bonuses before the 15th of November as per order of the President of the country.

Allow me to share with you some of the popular activities and items that are related to Christmas celebration in the Philippines:

One of the most popular activities related to Christmas celebration is the Simbang Gabi or Misa de Gallo (midnight mass). Actually, this is an early dawn mass which usually start at 4:00 am. The term Misa de Gallo was derived from Latin phrase which means of a rooster’s mass. This is a nine-day novena prior to the celebration of the Christmas which starts on the 16th day of December. There are some beliefs that once you completed the nine day masses, you can make a wish and will sure be granted.

On the dawn of the 16th day of December and every day thereafter, the city government will roam around the city to remind the people to attend the mass. A life-size mannequin dressed like Santa Claus is the one on top of the vehicle playing Christmas songs and a continuously laughing Santa voice “Ho Ho Ho Ho! Let’s attend the mass!” pre-recorded audio.

After the mass the vehicle will position in the nearest park for picture taking.

In other areas of the country, puto bumbong and bibingka for sale which are readily available for those who attended the mass.

You will be amazed by the different decorations around every place during this season. Walking around the city is a great thing to do during this time of the year. Colorful lights and decorations will certainly keep the occasion livelier. Here are some of the most famous Christmas ornaments which you can see during Christmas season. Lantern (Parol) – symbolizes the star which guided the three kings on their search for the baby Jesus. Christmas Tree is also one great thing to have inside the house this special time of the year. Christmas balls, lights and other ornaments can surely add to the beauty of the tree. Added to the excitement are the gifts laid on the foot of it waiting to be opened on Christmas Eve. The best part of it is when you have seen your name printed on one of the gifts. You’re sure you have been remembered. 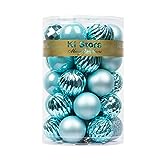 Thank you! Thank you! ang babait ninyo (you’re so kind) is the most popular song phrase during this season. Group of children or young people will come to everyone’s house to render them Christmas carols which are truly wonderful to hear. In return, the home owner will give a small amount or gift to the carolers as their Christmas token.

Christmas is a season of giving. So exchange gifts between friends will always be part of the occasion. This will usually form part of a Christmas party among colleagues, students and other groups.

Santa Claus and Hanging of Stockings

Santa Claus has been most awaited by children during Christmas eve. Socks were hanged at the door or window panes on the eve of Christmas so that Santa will be able to give them chocolates and candies. Parents will let their children sleep earlier to let them have a good rest before the Aguinaldo Mass with a promise the Santa will be coming in to grant their wishes.

Santa is not the main reason for celebrating Christmas but his inclusion in this activity is a depiction of giving and generosity. As long as there are children who believes in him, Santa will always exist.

Old traditions may change, new innovations have been introduced and adopted by the people but the spirit of Christmas will forever remains in the heart of a Filipino.

Christmas is a season of joy, a reason to be happy and a time to celebrate.