Eggs and Easter Down Through the Ages

Eggs Have Been a Food Staple Since Pre-Historic Times

Eggs, of course, have been a mainstay of the human diet in just about all cultures since prehistoric times.

Like milk, wool and some other animal products, eggs are a product that can be produced and consumed continuously without having to kill the animal as we have to do in order to consume their meat.

As a result, chickens and other large egg laying birds have been a staple on farms since humans first started capturing and domesticating animals for consumption.

Farmers have a choice with eggs in that they can either consume the eggs or allow some to remain with the bird to hatch and add to the flock thereby increasing both the number of eggs and birds for future consumption.

This link with birth and reproduction made eggs a perfect symbol for fertility and renewal and, as I pointed out in the Hub cited above, elevated the egg to spiritual symbol as well as a food product in many ancient cultures.

Given the egg's significance in pre-Christian cultures it is not surprising that with the growth and spread of Christianity that the egg came to be a part of the Christian Easter tradition.

As a symbol of birth and new life, the egg easily fit into the celebration of Easter which celebrates Jesus' rising from the dead offering humanity a new life.

However, unlike the tradition of the Easter Bunny the link between eggs and Easter is more direct with Christian myth and symbolism being tied directly to both the egg and they decorating of eggs at Easter.

An early and obvious symbolic link between the egg and Easter is the image of the young chick or other bird breaking through the hard shell and coming into the world as a living creature. 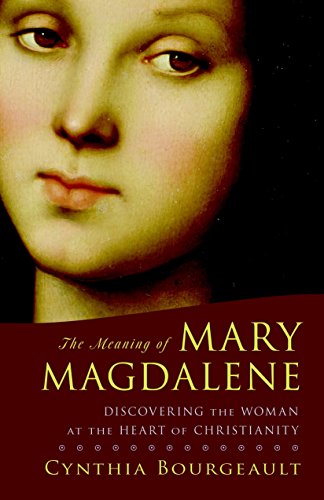 The Meaning of Mary Magdalene: Discovering the Woman at the Heart of Christianity
Buy Now

This is similar to Christ breaking through the tomb in which his body had been enclosed to emerge and rejoin the living.

The emergence of a living creature from the shell in which it was enclosed made for an easy to understand metaphor for Christ's rising from his tomb on that first Easter Sunday.

Two early Christian stories about Mary Magdalene, the loyal disciple of Jesus who stayed by the cross until his lifeless body was taken down and moved to the tomb.

In all four Gospels, Mary Magdalene is one of the women who first discovered the empty tomb of Jesus on that first Easter morning.

According to Gospel of John, it was Mary Magdalene alone who got up early on Easter Sunday morning to visit the tomb and properly prepare the body of Jesus for burial according to Jewish law.

Thus Mary Magdalene is closely associated with Jesus' rising and breaking out of his tomb.

The first legend, which has long been popular in the Greek Church, has Mary Magdalene bringing a basket of eggs to the scene of the Crucifixion to share with the others during their vigil of standing by with Jesus while he died.

After Christ's body was removed from the cross it was discovered that the eggs had been turned red by the blood of Christ.

The second version has Mary Magdalene traveling to Rome after Jesus' ascension into heaven.

In Rome Mary Magdalene, having come from a wealthy family, was able to obtain an invitation to a banquet hosted by the Emperor Tiberius.

According to some accounts, her intent was to meet the Emperor and inform him of Pontius Pilate's cowardly caving into the demands of the enemies of Jesus and allowing him to be executed without cause.

Approaching the Emperor while holding an egg in her hand, she proclaimed Christ is risen!

Looking at her, the Emperor replied that Christ could not have risen from the dead any more than the egg she was holding could turn red, whereupon the egg suddenly turned red.

Many have attributed the custom of dying of eggs at Easter to have their basis in these stories. 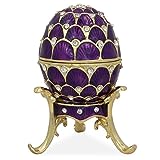 Dying eggs for Easter baskets and other Easter celebrations is great family fun, especially when you have young children.

My children always looked forward to it and my 21 year old son still makes a point of organizing the Easter egg dying for the family each year.

Dying eggs is an easy and relatively inexpensive activity since all that is needed are eggs which are usually on sale at Easter time and some food safe dye such as ordinary food coloring or one of the simple Easter egg coloring kits which can be purchased in most stores at Easter time for a couple of dollars or so.

Actually you don't even have to purchase the coloring as Patty Inglish has published an excellent Hub entitled Russian Kulich and Red Easter Eggs ( http://hubpages.com/_fcab/hub/Russian-Kulich ) in which she describes the Russian tradition of putting some red and/or yellow onion skins in the water with the eggs when you boil then - a process by which the eggs are both hard boiled and dyed at the same time by the onion skins.

I became familiar with the use of using red onion skins to dye eggs as my wife, who is from Russia and learned it as a child from her grandmother, told me about it before we were married and always makes some this way since we have been married.

But I encourage you to check out Patty's article as it not only goes into more detail but also describes how other cultures use other food products to dye their eggs.

In addition to being an inexpensive and easy family activity, the decoration of Easter eggs has also evolved into an art form.

Eggs, of course, won't last forever and will soon rot if not eaten and to eat them you have to destroy the shell.

One way to avoid this is to poke two small holes in each end of a raw egg and remove the contents by blowing through one of the holes,

This leaves an empty shell which you can then decorate and keep it without worrying about it spoiling.

Egg shells are fragile and the decorated empty shells can be easily broken when handled frequently or stored improperly.

To get around this a custom arose in times past in rural Russia of carving eggs out of wood and painting pictures and other decorations on them so the eggs could be preserved and displayed.

Among the wealthier in Russia and other places the practice of commissioning of eggs made out of porcelain and decorated not only with designs in the porcelain but the more expensive ones also had gold and jewels attached to their surface.

This practice appears to have become popular during the nineteenth century Victorian Era. Porcelain eggs reached their height with the famous Fabergé Eggs which were created by Carl Fabergé.

The first Fabergé Egg was commissioned in 1884 by Czar Alexander III of Russia who wanted something special for his wife, Czarina Maria Fyodorovna, for their 20th wedding anniversary in 1885.

Carl Fabergé created a beautiful jeweled egg that so pleased the Czar that he commissioned a new one for each year for his wife until his death.

Following the death of Alexander III, his son, Czar Nicholas II, continued the tradition by ordering a Fabergé Easter Egg for his mother, who was then the Dowager Empress Maria Fyodorovna

Czar Nicholas II also commissioned a second Fabergé egg for his wife, Czarina Alexandria Fyodorovna, each year and this tradition continued until the overthrow and eventual murder of Nicholas II and his family at the hands of the Bolsheviks following Lenin's 1917 coup.

Today, chocolate candy is a major ingredient in both Easter and Valentines Day traditions and both holidays are major events in the candy business.

But it wasn't until the 19th century Industrial Revolution that chocolate candy appeared. While an ancient product, cocoa or chocolate was mainly a luxury drink that only the very wealthy could afford.

Advances in technology during the Industrial Revolution changed this with the result that not only did chocolate become affordable for the masses but could now also be offered in solid form as chocolate candy.

Further advances in molding technology enabled chocolate candies to be created in different shapes with Easter eggs being an early and popular shape at Easter time.

The same 19th century advances in technology that made possible the production of chocolate Easter eggs also made possible another popular product known as sugared or panoramic eggs..

These used to be very popular and common at Easter time and, when I was young, my siblings and I always got one in our Easter baskets. However, now days they seem to have been replaced by plastic and other forms of eggs.

Panoramic or sugared eggs are hollow eggs with a shell basically made of mixture of sugar and egg whites which has been allowed to harden in an egg shaped mold. The mold consists of two halves each of which is in the shape of half an egg.

When molding the shell, an opening is left so that the insides of the completed egg can be viewed. Once dried and removed from the mold, a picture or diorama is mounted inside one of the halves and the two halves fused together with an icing.

The outside of the egg is then decorated with the same icing and the resulting culinary art is now available as an Easter decoration. Unlike a real egg, these can be kept for future Easters so long as they are stored in a dry place.

While not as common commercially as when I was a child, these panoramic eggs are available commercially from some companies on the web and there are also numerous sites with recipes for making them (molds can also be purchased on the web).

While technically edible, we never ate them as eating them not only destroyed the egg it is also the same as eating a lumps or spoonfuls of plain sugar.

If you do decide to eat such an egg check first to see if the supplier of the egg or author of the instructions state that it is edible as many of the sellers of the eggs and recipes for making your own clearly state that they are not to be consumed.

Links for My Other Easter Season Hubs