Palm Sunday Commemorates the Triumphful Entry of Jesus into Jerusalem

Palm Sunday is the sixth Sunday in Lent and the Sunday before Easter. It is celebrated in all major Christian churches - Roman Catholic, Protestant and Orthodox.

In popular parlance it is called Palm Sunday because it commemorates the triumphant entry of Jesus into Jerusalem to celebrate the Passover. The Gospels describe how the crowds lined the route, spread palm branches on the road and waved palm leaves in their hands enthusiastically as Jesus rode in on his donkey. Hence, the name Palm Sunday.

However, until 1970 the official name of this day in the Roman Catholic Church was the Second Sunday of the Passion.

But, for the average Christian, Catholic and non-Catholic alike, this day is still known as Palm Sunday.

In addition to palm trees being common in the Mediterranean world and its leaves a logical material to cover a dusty road, palm leaves were also a symbol of victory and triumph in the ancient world.

The cheering, palm waving crowds that lined the road gave evidence to the effectiveness of Jesus' message and the large following he had attracted. Given this, it is no wonder that the religious and political establishment were concerned about his popularity and the potential threat to their earthly power that it represented.

However, Jesus' kingdom was not of this earth and he was not seeking earthly power. While his followers hailed his entry into Jerusalem with palm leaves which symbolized triumph and victory, Jesus himself elected to be borne on the back of a humble donkey rather than a horse. The horse is a powerful animal that was used in war. The horse represented conquest and power.

Throughout history horses were the preferred means of travel for the rich and powerful. The donkey, however, is puny compared to the horse and is a simple beast of burden used by the common masses. As Christ repeatedly stated, his kingdom was not of this world but rather that of heaven. He urged his followers to focus on and prepare for eternal life in heaven, not political change on earth.

The memory of Christ's triumphant entry into Jerusalem just before his crucifixion was kept alive and celebrated from the earliest days by the Church in Jerusalem.

We have an account of the Palm Sunday celebration in Jerusalem in the fourth century from the writings of Egeria.

Egeria is often referred to as a nun, but she could also have simply been a wealthy woman from what is now France, Germany or Spain who made a pilgrimage to the Holy Land around 380 A.D. and left an account of her travels which has survived and and is available to us.

As I mentioned in my hub on the Candlemas celebration, it would not have been uncommon for a wealthy woman to make such a pilgrimage during that period as this was the era of the Pax Romana or Roman Peace in which the known world of the West was united under Rome which enforced peace and order throughout the Empire.

Regardless of her station, Egeria has this to say about the Palm Sunday celebration she witnessed in Jerusalem:

"As the eleventh hour (our 5:00 P.M.) draws near, that particular passage from Scriptures is read in which the children, bearing palms and branches, came forth to meet the Lord, saying:

"Blessed is He Who comes in the name of the Lord!" (Mt. 21:9). The Bishop and the people rise immediately and walk down from the top of the Mount of Olives, responding continually:

‘Blessed is He Who comes in the name of the Lord!’ to the hymns and antiphons. All the children who are present bear branches, some carrying palms, others olive branches. And the Bishop is led in the same manner as the Lord was led (riding on a donkey). They move very slowly so that the people would not tire. By the time they arrive at the Anastasis (Basilica of Resurrection), it is already evening and Vespers is celebrated."

The Custom Spread Throughout Christendom

This custom of re-enacting the Lord's triumphant entry into Jerusalem and the the waving of palms that Egeria described, was gradually spreading to other churches in the eastern Mediterranean and finally reaching Constantinople (modern day Istanbul, Turkey), capital of the Roman Empire in the east, by the fifth century.

In time the celebration spread throughout the Church and was retained by many Protestant churches following the Reformation. In areas where palms were not available, people used branches from local trees that bloomed in the spring.

Today, modern transportation enables churches throughout the world to easily obtain and distribute palms on this day.

In many Orthodox Churches Palm Sunday is referred to as Entry into Jerusalem. Due to the fact that for religious purposes many of these churches use the Julian rather than the Gregorian calendar, this date, like that of other religious holidays is usually a week or more later than their counterparts in the Western Christianity. However, just like western churches, Entry into Jerusalem or Palm Sunday is celebrated with the distribution of palms or branches from local trees and marks the beginning of Holy Week. These churches also celebrate the day before Palm Sunday as Lazarus Saturday where they commemorate the raising of Lazarus from the dead by Jesus. On Lazarus Saturday many of the Orthodox faithful spend time weaving the palms into crosses for distribution the next day. This custom weaving of palms into crosses can also be found in many Protestant Churches and, if one looks around a Catholic Church they will see that many of their fellow participants in the mass have woven the palm branch they received upon entering the church into a cross.

In Roman Catholic Churches in America palm leaves are distributed to the congregation as they enter the church. There are two Gospel readings on this, Passion (Palm) Sunday with the first being read at the start of the Mass. The congregation then holds up their palm leaves and the priest blesses them. Following the Epistle, the Passion Story from the Gospel according to St. Matthew is read. This is a long reading (Matthew 26:14 – 27:66) with sections divided among three or four readers and parts for the congregation. We again hear the story of Jesus' betrayal, capture, trial, torture, crucifixion, death and burial.

In the Roman Catholic Church the congregation takes the palm leaves home with them where the palms are kept in the home during the coming year as a reminder of the Gospel message of the passion. The palms are then collected by the Church just before the beginning of Lent and burned to produce the ashes used on Ash Wednesday. 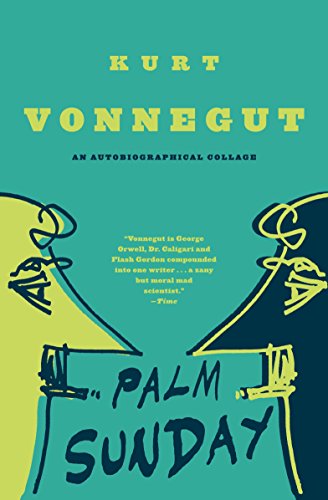 Here are My Other Easter Season Hubs