The Garden of Gethsemane - A Spiritual Oasis in Tucson

A Spiritual Oasis in the Midst of a Bustling City

Once off the freeway they will immediately find themselves on the bridge crossing the Santa Cruz River. They shouldn't be fooled by the sight of sand and trees where an ordinary river would contain water. This is a river and, on the few occasions when it rains during the year, this peaceful stretch of sand, weeds and trees becomes a raging river.

Once across the bridge turn right on to Bonita Ave. and pull into the small parking lot of the Garden of Gethsemane-Felix Lucero Park. 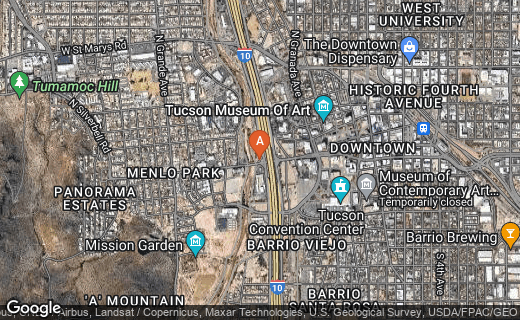 Garden of Gethsemane located on west side of Santa Cruz River on NE Corner of Congress St. and Bonita.

Sitting the west bank of the Santa Cruz River across the street from the central business district and the interstate, this site has been a spiritual oasis for people seeking a few moments to relax and mediate for over a half a century.

Walled off from the noise of the surrounding city and lush with plants and trees the garden has an immediate calming effect on visitors.

The name, Garden of Gethsemane refers to the garden where Jesus prayed before being arrested and crucified.

Dominating this garden are life size concrete statues of Christ, his Apostles and his mother and father. Maintained and supported by a partnership between the Catholic Knights of Columbus and the City of Tucson Parks and Recreation Department, the park is a gift to God from a grateful artist.

A Wounded Soldier Keeps his Promise to God

Like other young men of his generation, Felix Lucero, a Native American from Trinidad, Colorado, was drafted into the Army and sent across the Atlantic to the trenches of France to fight in World War I.

Following a battle in which his unit engaged the enemy, Felix found himself laying alone among the dead and near-dead who had been abandoned and left to die on the now silent battle ground.

Critically injured himself, as well as alone and scared, he prayed to God for life, promising that in return for the gift of continued life he would devote that life to building statutes of Christ wherever he went in that life.

His prayer was answered and following his rescue, recovery and return home, this young man, with no formal training in art, kept his promise to God and began to devote his life to creating sculptures of Christ and related religious figures.

Despite his lack of formal training, his figures have a majesty and realism that people can immediately relate to and feel some of the bond that Lucero felt with God.

Felix Lucero appears to have been a classic starving artist. He drifted into Arizona during the Depression years of the 1930s and finally settled in Tucson in 1938.

Home in Tucson was a plywood and cardboard shelter erected under the Congress Street Bridge. He was homeless, living a few yards from where the park holding his sculptures now stands.

When it rains and the Santa Cruz turns into a raging torrent of water, a considerable amount of trash and debris is left behind by the receding waters. Lucero collected this debris along with pieces of driftwood and sand from the river and created his sculptures and other works of religious art. Despite his austere lifestyle, Lucero did establish a reputation as an artist in his lifetime and received commissions from other parts of Arizona if not further abroad. In 1939 a group of Catholics from Phoenix commissioned Lucero to create the Stations of the Cross in the Weaver Mountains overlooking Yarnell, a town northwest of Phoenix. While not as famous has his Garden of Gethsemane in Tucson, the Stations of the Cross in Yarnell are just as impressive and located in a similar magnificent setting.

The sculptures that grace the Garden of Gethsemane in Tucson were a work in progress the entire time he lived in Tucson. They were originally made of sand and plaster but were soon destroyed by the flooding river. Later versions were cast in concrete to make them more durable. However, despite their beauty, most of the sculptures were created from trash found in the river such as the bed springs that provide the interior support for the table in the last supper sculpture. Lucero apparently just created the sculptures and mounted them on the bank next to his home. But they soon attracted neighborhood people and later others from further away who treated the spot as a shrine where they came to pray and meditate. Following Lucero's death the pilgrims continued to come and to preserve and maintain the shrine. With the help of the Knights of Columbus and later the City of Tucson the site has remained and, in recent years formally preserved as a park.

Today, the faithful still come to pray, but the secret is out and the park attracts people from all over. It has also become a popular spot for weddings and quincenaras. However, despite its fame, it retains its spirituality and continues to envelope visitors with its peace as they enter. A beautiful legacy and monument of one man's promise to God

Entrance to the Garden 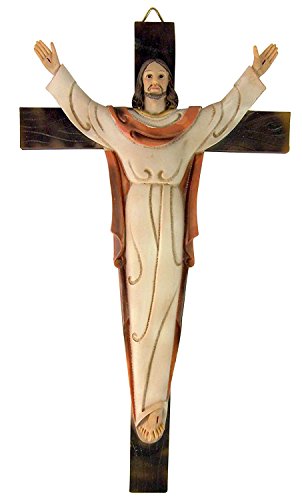