Unusual and Spectacular November Holidays with Recipes and Activities

At Least 30 Holidays and Holy Days In November

Many of us already know about the church holidays occurring at the beginning of November - All Saint's Day and All Soul's Day. They commemorate the Saints of the church and deceased loved ones, respectfully.

One irony of this is that, according to some sources, All Soul's Day also commemorates souls in Purgatory with a call for prayer, but Pope Benedict in the 2000s declared that there is no such place. Holidays and Holy Days can be controversial.

The holiday fell away by the early 1800s, but was declared twice in one year by Abraham Lincoln and finally set by the US Congress in 1941 for the Fourth Thursday in November after much lobbying by a number of retail merchants; and, this permanence of the holiday resulted in Black Friday shopping frenzies of the 20th Century. (reference: current Plimouth Plantation/Smithsonian Institution programs).

Interestingly, the image of Pilgrims dressed in solemn Calvinist black and white is only a successful 1840 advertising scheme hammered forward through the years of the Lincoln Administration by a women's magazine. It was accomplished by a woman, Sarah Hale, who later pestered President Lincoln relentlessly to declare Thanksgiving nationwide.

Finally, he did so twice in 1863, the extra holiday to recall the Battle of Gettysburg. This woman, Sarah Josepha Hale, was immensely influential as editor of the women's magazine Godey's Lady's Book. Today, people love her image of the Pilgrims.

The word pilgrims was used by the settlers' leaders in a few descriptions of their journey as travelers, but they did not use the word Pilgrims, capitalized, which was a distinct sect of people in what became the UK. (See links below for more of the story and some great 1621 recipes.)

The settlers in Plimouth were largely of England's poorest classes, dressed in thin clothing they could afford, of bright colors, according to diaries that some left - and they brought beer with them. One recent film that draws the picture more correctly is Free Birds 3D (2013), featuring the settlers in clothing of grays, white, and light browns. However, at the same time, the film's native sentient turkeys wear war paint and feathered headdresses.

Let's look at some other November holidays that you might like to celebrate. Here are some favorites:

The Continental Congress declared the first National Thanksgiving in 1777. 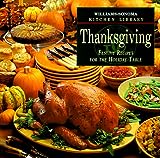 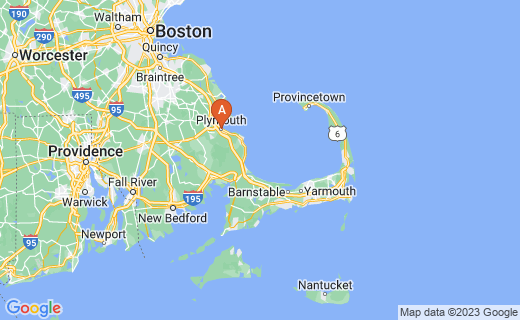 Many of our calendar months are National *this-or-that* Month, celebrating special causes, raising awareness, or providing something fun to occupy us for 30 days. November is dedicated to many ideas and historical events, but some interesting ones include:

We have many other month-long celebrations in November, nationally and locally. Please add your favorites to the Comments section at the end of this Hub.

Some other awesome celebrations include the following list, but a couple of dates are missing. If you have additional holidays, please list them in the Comments section and we'll celebrate with you.

For readers and writers, the First Saturday in November is Book Lover's Day. Set some time aside to read on that day - read in public or visit your favorite library. Write a book review for HubPages. Start a book club!.

November 1 - Day of the Dead and Hockey Mask Day

November 2 - Deviled Egg Day -- How many recipes for this delicacy do you know?

November 3 - Sandwich Day. Many days seem to celebrate food in this month, but it is just at the end of Autumn Harvest.

November 4 - King Tut Day -- Listen to Steve Martin's song King Tut and watch the video; I have seen one performance in which Martin wore a complete costume and roller skated through the number.Go see a movie about Egypt. Perhaps one of your local museums includes an exhibit about Egypt for you to visit. One of our university museums displays a mummy -- It may not be a good idea to try to resurrect a mummy, though!

November 6 -- Saxophone Day. If you view the Steve Martin video at the link above,, you will be entertained by King Tut playing a saxophone. The inventor of the instrument is Adophe Sax and this date was his birthday in 1814. The video to the right of Boots Randolph is incredible.

November 7 -- Dunce Day honors a Scotsman, Duns Scotus. He believed that a rolled cone of paper on one's head increased learning potential. It must have been like Pyramid Power, but many people in the late 1200s thought he was dense and the hats became a symbol of punishment for unwise behaviors.

November 8 -- It's X-Ray Day, but I don't suggest having an extra X-Ray to celebrate.

November 9 - Foundation of the Dublin Society of United Irishmen in 1791. In America, Rolling Stone magazine began in 1967.

November 10 is a Day of Remembrance for those lost in 1975 on the Great lakes in the sinking of the USS Edmund Fitzgerald. 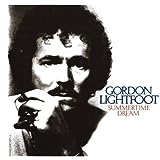 The Wreck of the Edmund Fitzgerald
One of the greatest songs dedicated to loss of life, composed in the heroic tradition of Western Europe. Haunting and beautiful.
Buy Now

November 10 -- This is a day of remembrance for those lost in 1975 on the Great lakes in the sinking of the USS Edmund Fitzgerald. Also, this is Forget Me Not Day and United States Marine Corps Day (founded on November 10, 1775). Remember your loved ones and the Marines that are serving everywhere around the world.

November 11 -- Veteran's Day and most of us recognize this holiday, but we probably don't know all the groups that celebrate this day or the many honors awarded. Ohio has a Veterans State Hall of Fame and many Native American Veterans and their families celebrate in pow wows open to the public. Native American Code Talkers of more than half a dozen different tribes have been nationally honored in the 2010s as well.

November 12 -- Young Reader's Day (or the Second Tuesday of November). Celebrate with a trip to the library or bookstore with your young readers.

November 14 -- Robert Fulton's Birthday, born in 1786. He invented the steamboat in 1815. Also celebrate Loosen Up Lighten Up Day!

November 15 -- Clean Your Refrigerator Day. It's a good day for using leftovers! -- And, it's America Recycles Day.

November 16 - Some Points on the Santa Fe Trail 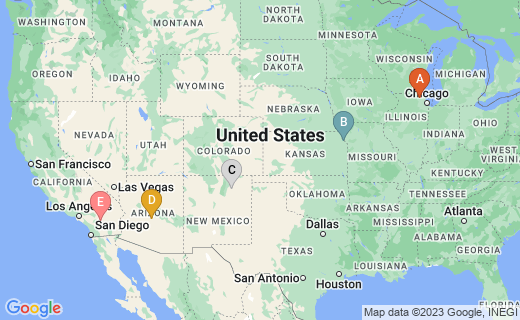 November 16 - In 1822, the first non-Native American man to complete a journey to trade along what became the Santa Fe Trail completed his trip. He was William Becknell.

This is also Button Day. One of New York City's attractions is the Tender Buttons store that features nearly every type and size of button on earth. A trip to this store is like a journey through a museum. Unfortunately, the Chicago branch of the store closed in 2007 and patrons really miss it, especially a friend of mine that covered a straight back chair with buttons as an art piece. However, there is a Campaign Button store/museum in Chicago at The Button Room; 4072 Old Grand Ave.; Gurnee, IL 60031; Phone: 224-399-9870.

November 18 - William Tell shot an apple off the top of his son's head in 1307. It is also the birthday of actors Owen Wilson and Mike Epps.

November 19 -- Men's Day. (I bet some are saying, "Finally!") It is also the day in 1959 that Ford announced that the Edsel car would no longer be manufactured.

November 20 -- Absurdity Day. For some of us, every day fits this category. However, it is a good day to see some absurdist theater, like Waiting for Godot. by Samuel Beckett. If you have the chance see Sir Patrick Stewart and Sir Ian McKellan in this masterpiece on Broadway at Cort's Theater. Previews extend through November 23, with actual Opening Night on the 24th for a 14-week run in 2013 - 2014. I sense that it will be extended, though.

Parkland
This is a movie of the behind the scenes events on the day Kennedy died. From exaining the emotions of the doctors and nurses, the Zarpuders, and Oswald's bother and mother, this film is extraordinary.
Buy Now

November 22 -- Tragically, in 2013 this was the 50th Anniversary of the assassination of John F. Kennedy, a much beloved US President. Much debate still surrounds the events related to this horror.

November 23 -- The StoryCorps company began the National Day Of Listening as a tribute to teachers across the land. Thank a teacher for the job that they do or ask Senior Citizens to tell you a story from their lives.

November 24 -- National Espresso Day. Make your own or be on the lookout for coffee houses that may offer free espresso drinks.

November 25 -- National "Eat With a Friend Day." Go out or eat in, but share a meal with a friend. You might even go to a diner and make a new friend.

The StoryCorps company began the National Day Of Listening as a tribute to teachers across the land.

November 26 -- National Cake Day. Bake your family's favorite cake or go out a sample a variety of cakes. Better yet, have a cake party in which everyone brings a cake.

November 27 -- Electronic Greeting Day. Send an eCard or an Email to a friend or family member. A soldiers overseas would be grateful to receive a message.

November 28 -- Red Planet Day. This is all about the planet Mars. Did you know that a billionaire has arranged for a married couple to fly to Mars in 2018? This is also National French Toast Day.

November 29 -- National Rice Cake Day. I just discovered wild rice with salted seaweed rice cakes. They are pretty good with cream cheese and some dill. It is St. Georges' Day in the Republic of Georgia.

One More -- On the Saturday after Thanksgiving, it's Local Small Business Day. Please buy local and patronize your neighborhood stores.

Even One More -- On the Monday after Thanksgiving, it's Internet Buying Day. Do some gift shopping online, where you can find local and American Made Products.