Life as a Designated Driver

... it's that I can't. No, I'm not in A.A., though if I were, I'd be proud of the fact. The reason I don't drink is because even one drop of alcohol guarantees me at least three days of an agonizing migraine, supine, the curtains drawn, icy gel packs around my neck. So, I don't drink.

But I do like all sorts of entertainment, parties, art openings, weddings... and most likely someone in my party will heed the call of Bacchus, and I will be doing the driving home.

What makes me proud isn't the fact that I don't drink but that I don't ever drive under the influence. When we entertain at home, I make sure to call my guests a taxi if they've had more than two glasses. Once in a very blue moon they sleep over (the ones who don't mind two cats with long claws jumping on them). I've been known to drive people home, way far away from my home.

What most commonly happens is that the lucky Dionesians won't even remember the favor the next day. Or may call, sheepishly admitting that they had five too many and leave it at that. Or even state accusingly, "You got me drunk." I humor them. Not once have they sent flowers, a limo, or tickets to the New World Symphony ... or a simple thank you. But that's ok, because what really matters, really, really matters is that I save lives.

Everyone I've known personally to receive a DUI has spent the night in jail and then has had to spend untold amounts of money on fines and legal fees. Then has had to go to traffic school... And they are among the lucky ones, because they didn't kill anybody. Why risk that? No matter how much you may have to spend on a limo or cab, no matter how uncomfortable it may be to sleep on a park bench, it is infinitely favorable to the potential consequences of taking the wheel.

Tip: Keep a separate debit card in your wallet with enough cash loaded to get yourself home from the farthest point from your home. In a worst case scenario, you can have the cabdriver stop at an ATM, and get you safely to your destination.

Reward Yourself for Not Driving Under the Influence 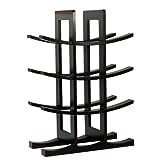 Tribute to the Designated Driver

(To the cadence of the "Budweiser Real Men of Genius" )

Let's sing in praise of that great human being, the designated driver.

That awesome friend who lets you get totally sloshed

And makes sure to get you home safely.

And he or she will risk life and sanity

to pry you out and into their car.

Reward that person with Godiva chocolates and expensive jewelry.

Don't call him Poindexter or Marvin.

Do invite her Jimmy Choo shopping.

And you must remember this:

While you're drooling upside down from the rafters,

Your heroic teetotaler will be making out with the cutest hotties.