The Top 10 Christmas Carols From My Past

Oh the Christmases of yesterday, my young days. These are the days in which I didn’t have a worry in the world that my mother and father couldn’t handle.

I slept tight knowing they were standing guard over me, my mother at the door, and the old man on the roof with the shotgun ready to fend off any and every threat

The real worries came a day or so after Thanksgiving when my mother would ask for my Christmas wish list in the form of a letter to Santa.

I know I was kind of good over the past year, I think I was good. Would I get goodies or carbon laden punishment lumps that came in the form of coal chunks?

Back in the day when I was a wee lad, I can remember, in my mind’s eye hearing Tchaikovsky - Waltz Of The Snowflakes and laughter.

After shaking the heck out of my brother letting him know it was Christmas, we got up to investigate minutes after hearing this (probably went back to sleep for several hours) to find a half drunken glass of milk, cookies crumbs and presents. I then found myself on my knees thanking God that he allowed Santa to roll through.

Years later, my mother told me while putting toys together, her and the old man played The Nutcracker while drinking their special Egg Nog which put the old man in a…frisky mood hence the laughter.

I’m glad I missed that!!

While trying to come up with a reasonable list, I lay under the recently put up Christmas tree listening to songs of the season the old man just put on.

Looking back, the dude really enjoyed the season like a big kid, as an adult, I now realize he wasn’t a total tight ass, he just had things on his mind like his bad ass boys.

Christmas brought the long hidden boy out if only for a few weeks.

I’m big boned) jumping head first in the sights and sounds, sounds of kid’s laughter and of course Christmas Carols.

Music, Christmas music of yesteryear, was a combination of Traditional and what is now considered classic.

The Vince Guaraldi Trio through their music made sure I knew the true meaning of Christmas. The tunes played in Charlie Brown’s Christmas are huge huge part of my Holiday Tradition. 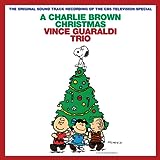 Rankin Bass classics such as Santa Clause is coming to town taught me how to put one foot in front of another if I wanted to walk through a door, I learned who and what the Miser Brothers were based on their theme songs.

Albert Finney in his version of Scrooge, A Christmas Carol taught me how to say thank you very much to people who did the nicest thing for me. 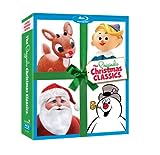 The Year Without a Santa Claus (Deluxe Edition)
Buy Now

From The Waltz Of The Snow Flakes to Grandmother Got Run Over by A Reindeer, my Christmases of the past, present and the future have been and will be defined by the music.

Be it the horrible caterwauling I called singing in the 6th grade program, the noise of today’s kids or my uncle who had a little too much cider, Christmas Just Ain’t Christmas(without music)and the one you love.