Pan de Muerto, Day of the Dead Bread, Bread of the Dead or Dead Bread for short is a tasty traditional egg-based sweet bread made for the Dias de los Muertos holidays in Mexico, the United States and in other Latin American countries. The holiday is celebrated around October 31 to November 2, depending on the region.

Day of the Dead Bread, Pan de Muertos is usually flavored with anise and orange and is shaped into skulls, skeletons and rounds of bread decorated with bones or crossbones.

While any egg bread takes time to make as you need to wait for the yeast to rise, not once, but twice, those who have sampled these sweet breads know that the bread is worth the wait.

It has been reported that in some rural regions of Mexico "residents will walk or ride as far as they must to purchase pan de muerto."

This traditional sweet egg bread is a recipe found in many cultures. Discover more about the Dia de los Muertos traditions and try some Pan de Muertos recipes for making your own Day of the Dead Bread.

Day of the Dead Bread by hexenesi. Used under a Creative Commons License.

Pan de Muertos, Day of the Dead bread is part of the traditions of the Dia de los Muertos celebrations. The dead bread is made during this holiday time to place on the altars (Ofrendas) and in the cemeteries for the departed spirits or deceased loved ones.

The tradition of bringing bread to cemeteries or places where the dead rest may go back to the Aztecs. The Aztecs made cakes to place on top of their tombs, where the food was used to sustain the spirits on their journey to their underworld.

Different villages and countries have their own unique style of Pan de Muertos. One popular style is the one pictured above is of a round bread loaf with bits of extra dough used to make bones for the top. Other popular shapes are skulls, skeletons and in some regions, humanoid like figures called animas (souls).

Bread of the Dead is not only for the departed. Pan de Muertos is enjoyed by the living with hot chocolate as they tell stories during the holidays about loved ones who have died.

More on Day of the Dead Traditions

Bread of the Dead - Dead Bread

Vote on Day of the Dead Bread

What do you think about Day of the Dead Bread or Bread for the Dead?

by zereth. Used under a Creative Commons License

Bread of the Dead Recipe

Bread of the Dead is often formed in different shapes. One of the more common is in the shape of a skull, or a round loaf where strips of dough have been attached at the top to resemble bones.

Total Time: 3 - 4 Hours with time for dough to rise

Some of the extras needed to make this recipe are a citrus zester to get the freshly grated orange zest and the spice anise. 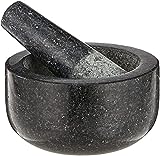 Fresco Granite Mortar and Pestle, Black, Small
This small granite mortar and pestle is perfect for grinding up small amounts of fresh spices and herbs for your favorite recipes. Use it to grind up some fresh anise powder for Day of the Dead Bread.
Buy Now

How to Make Pan de Muerto

Another recipe for Day of the Dead Bread, this comes from the book, Festival of Bones found below> 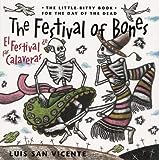 Baking Bread of the Dead in Mexico City by Randal Sheppard. Used under a Creative Commons License

Video Recipe for Bread of the Dead

A quick recipes from Kook to Cook for Bread of the Dead.

A three part video series in Spanish by netodeverdad on how to make Pan de Muerto.

Pan de Muerto, Day of the Dead Bread or Bread of the Dead is the traditional sweet bread made for the Dias de los Muertos holiday celebration.

La Ofrendas (like the one pictured) are created to honor the memory of a family member who has died. These altars include many of the foods, beverages and other things that the deceased enjoyed in life.

Pan de Muertos or Bread of the Dead is also included on the elaborately decorated ofrendas, or altars as part of the adornments. Some sources say the dead bread offers nourishment for the departed souls on their journey home, where as others say pan de muertos is included to entice the souls to come home for a visit.

The traditional sweet bread is also brought to gravesites as offerings to those who have passed away and for the living to eat as they sit in the cemetery enjoying the company of the souls of their lost loved ones.

Pan de Muertos on an Altar by rainy city. Used under a Creative Commons License

Books about Day of the Dead

Some of the most popular books on Day of the Dead.

Through the Eyes of the Soul, Day of the Dead in Mexico - Mexico City, Mixquic and Morelos (English and Spanish Edition)
Buy Now

The Skeleton at the Feast: The Day of the Dead in Mexico
Buy Now 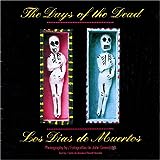 The Days of the Dead: Mexico's Festival of Communion with the Departed (English and Spanish Edition)
Buy Now 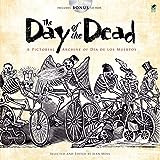 Day of the Dead
Buy Now

Books on Day of the Dead for Children

Uncle Monarch and the Day of the Dead
A beautiful story about remembering loved ones who have died during Day of the Dead and the connection with the returning monarchs, believed to be the souls of the departed.
Buy Now

Variants on the Egg Bread Recipe

Different cultures have created their own unique variants on the standard egg bread recipe or sweet dessert bread that uses flour, eggs, milk, butter and yeast, by using different spices and additives.

Pan de Muerto is an egg bread recipe baked for the Day of the Dead. In this recipe the spice anise is used and the bread is topped with a orange juice and orange zest glaze then coated with crystal sugars.

In Finland, my heritage, they use the spice cardamom in the egg bread recipe to make a sweet bread called Pulla or Finnish Cardamom Bread. Sometimes raisins are added and the bread is topped with sliced almonds. Pulla is a special Christmas treat that my Mom still bakes and turns it into different shapes, usually braids and rings.

With the English Hot Cross Buns there many different variants on the egg bread recipe, where the bread is baked into buns more than into bread. I've found several different recipes just within the ones done on Squidoo. In the Hot Cross Buns use a bit of both and add in more spices with cinnamon, cardamom, other spices like cloves, allspice, nutmeg and raisins or currents along with orange zest.

My Other Day of the Dead, Skeleton and Skull Lenses