Halloween Entertainment - Vampires, the Undead, and the Uncanny - the supernatural world

Looking for a Halloween movie? Or just in the mood for a nice, scary (or scary/funny) supernatural book?

It's fascinating how many "other" versions of our own humdrum world the human imagination can invent. In an earlier lens - World Building: Introduction, Pirates & Castaways - I looked at some seaside fantasy alternate-worlds. I hope you got your tanning done there, because this lens will be much darker and spookier.

Maybe the basic impulse behind the invention of vampire and their dark brethren is to explain the instinctive human fear of the dark. But as anyone who has enjoyed a horror movie knows - it can also be thrilling, well, fun.

The nobility of the night - Vampires

(Well, that's what they think.)

According to some literature of the supernatural, the vampires seem to be in charge, with the werewolves etc. having to kowtow to them - you know, all the "Children of the night" stuff. Besides, Dracula, the first pop-famous vampire, was modeled by writer Bram Stoker on a particularly pleasant warlord. An aristocrat, see?

Whereas, I'm sorry, but werewolves just have to have fleas. Zombies? Pulleese! There's just something so low class about shambling around eating brains, never mind that smell.

The book that started it all: - Dracula

Frankly, as a teenager this book - read late at night after the household was asleep - scared the heck out of me! Written in part as diary entries and letters, I forgot that this tale wasn't REAL. Which is, like, total success for a scary story.

Dracula
Bram Stoker's famous vampire tale has inspired a whole genre of fiction - novels, films, graphic novels, television, and some popular fashion too. What is this dark thrill? Who is this mysterious, compelling stranger with the mesmerizing eyes?
Buy Now

The most popular genre of undead - what with those Buffy Staked Edward teeshirts.

Dracula started the genre. Then the famous Victorian novel Carmilla... which talked about vampirism, but hinted at supernatural lesbian attraction. Which was more shocking at the time?

Nowadays it's the Twilight saga that you hear about. And you probably already know about the Anne Rice series too, which starts with Interview with a Vampire - there's a good film version. Evil never seemed so seductive! There's now a graphic novel version of this story out now, from Claudia's point of view. (See below.) Pretty cool!

Generally these books take their vampires pretty seriously - until you get to Terry Pratchett's Carpe Jugulum (translate that as: "Seize the Throat") and Christopher Moore's Bite Me.

(Be sure and read about my latest finds further down this site - starting with the novel Midnight Riot.)

Guilty Pleasures: An Anita Blake, Vampire Hunter Novel
The first of the Anita Blake series - when she was a supernatural Sam Spade in killer heels. Tough, gory, addictive. I really enjoyed the first few books in her series. Loved Anita Blake as a character!
Buy Now 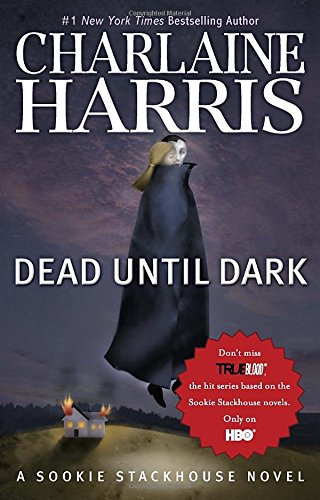 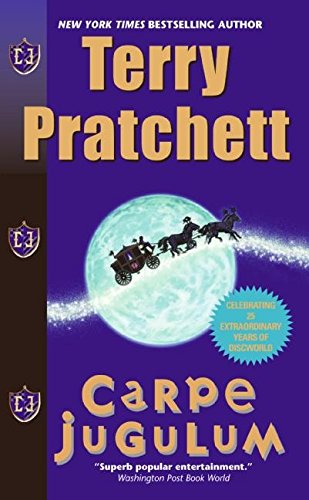 Bite Me: A Love Story
Another funny take on vampirism - a hoot!
Buy Now 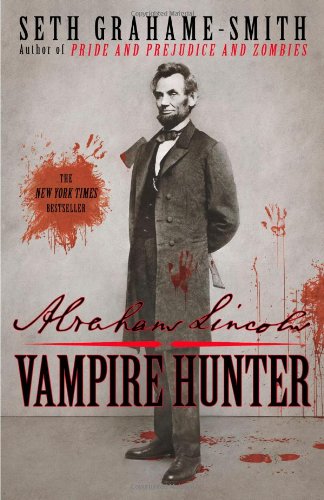 Another Point of View

This is Rice's Interview with a Vampire... but now a show-N-tell by way of a graphic novel from young Claudia's point of view. A very interesting angle. Well worth reading!

Interview with the Vampire: Claudia's Story
I'm not a huge fan of graphic novels normally, but here I think the illustrations really do tell the story in an interesting way. Really add.
Buy Now

Creatures of the Silver Screen

Vampires were one of the earliest subjects for horror film, starting with Murnau's silent classic "Nosferatu" in 1921, a spin on the Dracula story - chillingly remade by Werner Herzog in 1979 as "Nosferatu: Phantom der Nacht."

What could be more ideal for a shadowy black and white movie than this creature of old evil and darkness?

My favorites are Nosferatu for creep factor. Interview With a Vampire for sex appeal. Twilight... well, it's Twilight. But definitely pick Lost Boys for '80s Halloween night fun-o-rama!

And Let The Right One In for... the sweetest horrific mass murder.

Let the Right One In [Blu-ray]
This is a wonderfully horrible vampire film. The original, so it's subtitled and worth the extra effort. The American version is not, I think, as good.
Buy Now

High School, teen-angst, and the undead and unholy - the perfect combo! Buffy, as the series title says, slew vampires. Though when she met the Man Himself, Count Dracula, she too found him mesmerizing. And kinda, you know, cool.

Don't let the goofy name of the series spook you: Buffy the Vampire Slayer is silly, scary, smart TV. You need a sense of humor and close attention. Well, and a DVD player. Plus, if possible, ice cream.

Buffy the Vampire Slayer and the spin-off Angel. Welcome to the world created by Joss Whedon. TV fantasy/horror/comedy/drama so much fun it has a growing fan base years after cancelation, and so full of egg-heady goodness that scholars study it. Compare it to Chaucer. Really.

Buffy season one is heaviest on teen high school angst... later seasons get darker and go deeper, but never lose the humor and wit.

But I have to say that, much as I love the Buffyverse, the vampire Mitchell of Being Human (more farther down the site) is giving Spike and Angel some competition!

Buffy the Vampire Slayer: The Complete Series
The whole thing - All Of Buffy.
Buy Now

Angel: The Complete Series (Collector's Set)
You know you gotta watch ALL the episodes.
Buy Now

Now when it comes to TV vampires, there are a LOT of choices. So far my next-favorites after Buffy are:

And I intend to catch up on Vampire Diaries, whose early seasons I really enjoyed. Any more good ones? Which Vampire TV would you watch for Halloween?

Oh yeah, Being Human, Being Human (UK version). My latest fav! A terrific British take on the vampire/werewolf dynamic with added ghost. This has turned into probably my favorite of the various TV shows.

Then again, sometimes the gals ARE the vampires... Drusilla, Pam, the Brides...

For TV it's the British spin on the Vampire/Werewolf pairing (with bonus Ghost) the BBC's Being Human. (I haven't watched the U.S. version yet.) Part roommate comedy, part urban fantasy, part... huh? This is a different take on the getting-to-be-routine-supernatural. Appealing actors and characters, well written stories. Terrific TV!

For Books it's a series of urban fantasy / police procedurals by Ben Aaronovitch that start with The Rivers of London (UK title) or Midnight Riot (US title... why?). The latest, fourth book comes out this summer. Terrifically entertaining and surprising, with great characters... A little bit as if Harry Potter grew up to be a London policeman.

Check these out! Witty, intelligent occult stories. (And, okay, I like Brit Lit. I admit it.)

Being Human: Season 1
Start here. Get hooked. Then watch the rest!
Buy Now 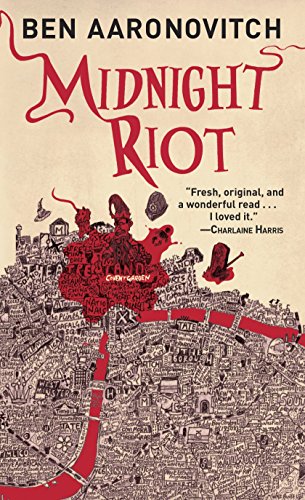 Midnight Riot (Rivers of London)
The fantastic (in every sense) start of an addictive book series. I can't say enough about how much I like this stylish, funny, occasionally horrifying, and engrossing book and series. I'm holding my breath till #4 comes out.
Buy Now

Castles were a staple of "Gothik" novels before Dracula arrived on best seller lists. Fictional haunted castles were then populated mostly by evil monks and ghosts (headless were preferred as creepier). Evil monks do still appear in fiction now and then, as in the Da Vinci Code; ghosts, of course, are still haunting elsewhere; but vampires seem to have taken over most of the castles.

During the period of the Romantic poets, "The Picturesque" in landscapes and buildings came into vogue. People started to visit the Alps on vacation or day-trip to ruined Gothic churches just to view their wild beauty. (Ladies did watercolor sketches, other artists did wood-cuts like this one.) Owners of lovely ruins sometimes charged entry fees.

In fact, around 1800, ruined castles were so fashionable as a garden ornament that landowners sometimes built them new and used them as summer tea houses.

I happened upon this review of the famous novel The Castle of Otranto, by Horace Walpole. Published in 1764, it single volumedly started the craze for Gothik (nowadays we call it Goth) and started popular fiction on the romantik path to Poe's nightmares and Dracula and on to Twilight and to whatever comes next.

I just couldn't resist this critical response to Castle of Otranto from artist Matt Brooker:

"...I don’t know that I’d recommend it as a good read in general, but I loved it for it’s mad-as-a-fish-in-a-privet-hedge moments, such as when a young bridegroom is squashed flat when a giant helmet falls on him. No really."

Aaaand here's an illustration by John Carter of the famous Castle of Otranto - an imaginary residence that formed the popular culture ideal of your basic Spooky Ruined Castle.

Here are a few more places to shop for home furnishings and fixtures - sort of the Goth Depot or Goth R Us of the home improvement world. Perhaps that should be Trading Crypts?

Let's be blunt - no one's going to ask for style tips from a Zombie.

(Though it's an easy Halloween costume!)

These walking - lurching - undead are a pretty unappealing group. Yet they seem to be rising in popularity almost as fast as they rise from their unquiet graves. What's up with that?

Creatures of the night?

Werewolves tend to get lumped in with vampires in the "Creatures of the Night" file - but do they really belong there?

Sure there's that full-moon connection, but the moon is often seen in daylight, isn't it? There are scenes in books where vampires seem to control werewolves (and bats), but it might be more logical to catalog them with other shape-shifters like berserkers.

A moot point. But let tradition continue. After all the werewolf is very often the dueling love interest, as in the Twilight or Anita Blake series or a mellow-Zen (still cute) version played by Oz in the Buffyverse. Earlier versions of the werewolf - judging by these illustrations - these man/animals were seen as more ferocious and a lot less, um, hunky.

I just read a good review (by Joy Tipping of the Dallas Morning News) for a new novel by Glen Duncan called The Last Werewolf. "It's taken three and a half decades, but someone has finally written a werewolf book that's the literary and storytelling equal to Anne Rice's Interview With a Vampire."

UPDATE: I've started reading this and it IS really well-written. With an engaging yet monstrous main character. I'll let you know how it turns out!

The Complete Werewolf - Short stories of the supernatural, the weird, the horrid

This is an old favorite which I'm sure is out of print, but the title story is one of the best and funniest takes on the practical problems and career opportunities you might face as a new werewolf. Love it! The other scifi/fantasy stories include some good very ones. (And one real chiller.)

A Jack-o-lantern on your porch, a bowl of candy on your table... and a werewolf flick on your TV. There are the classic Wolfman movies and The Brotherhood of the Wolf, a rather artsy/bloody film, and Wolf, with Jack Nicholson.

Looking for another imaginary -world destination?

If you liked this page on the lighter side of the supernatural give a click to a "LIKE" button below.

Or Tweet, or send flowers, or tell your BFF...

Sorry, but the latest of the Twilight films is... kinda funny. Here's the film trailer.