Where did Bram Stoker get the inspiration for his 1897 novel Dracula? The answer is a blend of myth, fiction and historical reality....

The earliest recorded stories of blood-sucking demons have come to us from Egypt and Ancient Greece. Hectate, was a Greek goddess associated with dark magic and witchcraft, and also - for some reason - crossroads. Hecate was also believed to consume human blood.

An Irish legend which may have inspired early vampire writers in Ireland (Sheridan Le Fanu and Bram Stoker himself) was that of Abhartach. The story dates from early Christian times and relates how a local chief engaged in magic to return from the grave until he was run through with a wooded sword and buried upside down beside a thorn tree. He also demanded a human blood sacrifice from his subjects. More on that legend here.

However, the vampire myths which seem to have most influenced Bram Stoker are those of Eastern Europe where there was something of a vampire 'craze' in the 1600s. Stoker is known to have spent some years researching European vampire myths before he sat down to write his masterpiece 'Dracula'.

From the 16th to the 18th centuries, belief in vampires seems to have been especially prevalent in areas of Eastern Europe such as Serbia, Russia and Romania - home to Transylvania which Stoker immortalized as 'vampire country'. The word 'vampyr' seems to have arrived in the English language from Serbian via German, and is similar to the Serbo-Croat word for witch.

Folklore in the region said that vampires were corpses who rose from the dead and terrorized their living neighbors. It was eastern European folklore that gave us the idea that garlic is a protection against vampires (Stoker used this idea in Dracula), and the traditions of how to kill a vampire such as beheading and nailing a wooden stake through the heart.

Belief in vampires was so fervent at this time that corpses were sometimes ordered to be dug up so that they could have a stake put through their heart and / or their head cut off. Garlic was often shoved up the nose of a corpse before burial to prevent them returning as a vampire. When the corpses were dug up it was noted that some had rosy cheeks and blood red lips - this may have given rise to the belief that these 'undead' were drinking the blood of the living. 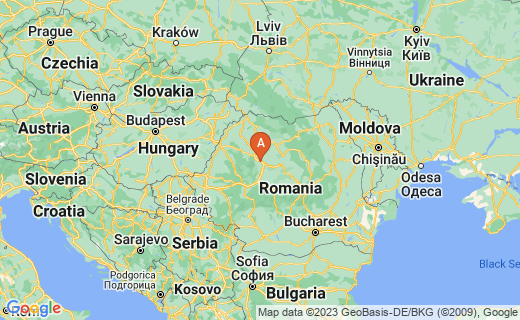 While vampire myths had existed for some considerable time, the first vampire stories were only written and published in the 19th century as part of the growing popularity of Gothic horror fiction.

While there had been vampires alluded to in 18th century poetry, it Dr. John Polidori who created the first literary vampire - Lord Ruthven who starred in his story Vampyre first published in 1817. Polidori was part of a group of English literary friends, including Lord Byron and Mary Shelley This group was very influenced by a collection of dark ghost stories called Fantasmagoriana which in turn was inspired by German gothic stories. Mary Shelley went on to write Frankenstein, Polidori wrote a short story called Vampyre .

Vampyre in turn inspired a play called 'Le Vampire' which had enormous success across Europe, sparking something of a 'vampire craze' - not unlike the impact of Twilight and True Blood today!

It is highly likely that Stoker had read Polidoris story, not least because Stoker's portrayal of Dracula as a charming aristocrat has such close parallels with Polidori's Lord Ruthven.

Meanwhile, an Irish writer went on to write the second Vampire novel in English; Sheridan Le Fanu wrote a story about a female lesbain vampire called Carmilla . Le Fanu was one of the premier ghost story writers of the Victorian age and did much to shape the genre of gothic fiction. He had a significant influence on other writers, not least his fellow Irishman Bram Stoker. In fact Stoker came to work for Le Fanu when he was appointed theatre critic for the Dublin Evening Mail.

Carmilla did much to link the idea of vampires with boundary-crossing sexuality in the popular mind. The rise of gothic fiction at the time suggests the need for a psychological outlet for their darker side among otherwise straight-laced Victorians.

The Historian
This novel is based on an historical search for the medieval Dracula, meanwhile a dark figure who is shadowing the narrator with terrifying consequences.
Buy Now

Was Dracula a real person?

Actually, yes he was! But there is no record that he was a vampire. It is known that Bram Stoker made notes from a book called An Account of the Principalities of Wallachia and Moldavia: with various Political Observations Relating to Them . This book included the story of Vlad the Impaler of Romania.

It was likely Stoker was inspired to name his vampire when he discovered during his research that there was once a Romanian prince who was surnamed ' Dracula'. This name may have passed to Vlad the Impaler from his father Vlad Dracul who was a member of the Order of the Dragon (Societas Draconistrarum in Latin). Or it may have accrued from the Romanian meaning of 'Dracula' meaning 'son of the devil'.

Vlad the Impaler (son of Vlad Dracul) was a real historical figure famed for his cruelty - his practice of impaling his enemies on wooden stakes to die a slow death - and also his military prowess with which he defeated the Ottoman Turks. Vlad the Impaler ruled his subjects with an iron fist and is remembered as both a fearful overlord and a national hero who defended against Turkish invasion.

The idea of the historical Vlad the Impaler (Vlad Tepes in Romanian) as a real vampire is expertly explored in the novel ' The Historian' by Elizabeth Kostova. However, the real history books have no record as Vlad the Impaler as a vampire - the association is entirely down to Bram Stoker choosing the name 'Dracula' for his vampiric villan.

Possible influences on the creation of Count Dracula

More info on the real Dracula