The Making of Chinese Democracy : A James Bond 007 Parody - Part 12

If you missed all the action then just click on this link and it'll take you back to the beginning of the story.

The Making of Chinese Democracy : A James Bond 007 Parody - Part 12

As befits any action thriller once the shooting is over and the dust has settled our hero James Bond 007 is face-to-face at the finale with supervillain Axl of Evl.

They are alone together in Axl's secret headquarters where the Chinese Democracy operation has been reaching it's final stages. It seems that the forces of the allied nations were just in time to thwart the plan.

"No funny moves" said Bond as he entered through the door,

"Really? No trap doors then?"

"You don't keep piranha fish do you?" Bond asked looking around his feet,

"Na! The sharks in my swimmin' pool kept eating 'em" chuckled Axl, "None of that shit in here James, can I still call you James, since we're already acquainted?"

"By all means" said Bond.

"Good!, cos I'd like to be on first name terms with the guy who sends me knock-knock-knockin' on Heaven's door", as he produced a gun from under his shirt,

It was Colonel Brickabacker flanked by two soldiers pointing their guns directly at Bond. They looked like they meant business and Bond was astonished. He hadn't expected this.

With the soldiers was a fine-suited, middle-aged man with wispy receding hair, a silk handkerchief nestling in his jacket pocket and sporting patent-leather Italian shoes. This was obviously a man of great means and exuded an air of tremendous influence and authority.

"You?" exclaimed Axl of Evl towards him, "What the hell are you doin' here?"
"I'm here to sort out this sorry mess and get back to the business in hand" replied the man in an American accent, "Now put that gun down Axl, we gotta lotta money to make"
"But it's all over" protested Axl,
"Don't you worry about a thing, everything's gonna be just fine"

"I know you, don't I?, said Bond, "I've seen your picture in the Intelligence reports"
"I'm sure you have sir" replied the fine-suited American, "I'm Barry Young, I'm the Chief Executive of the Dr. Popper Snaffle Group"
"Nice drink" Bond lied,
"Thank you sir" thanked Young, "But Mr Rose and I have a deal going on and we aim to make sure it goes through. This new record goes out on the 24th and not a day later, we're gonna make sure of that",

"But we have a mission, we have orders" Bond replied, "We are to destroy this operation" he added looking over plaintively at Brickabacker,
"Don't look at me bud, Ah'm just a soldier" said Brickabacker,

"You'd best do what he says 007" conceded Brickabracker, "This comes right from the top"

"You gotta understand my good English friend, we gotta keep the economy on the up and up as much as possible" explained Young, "Times are hard, banks are failing, stock markets are crashing, people are losing their houses. This is a period when the American people need stability, security, they need to know that things are gonna be A.O.K. So they need their Big Macs, their Hersheys Bars n' cookies, and of course..….their very own Dr Popper. This ain't the time to mess with the brand, not with Coca-Cola and Pepsi breathing down our necks"

"But, you're giving the stuff away for free over in America" Bond said,

"Darn right, Yessiree! But I guess you just don't understand retail. This campaign will be the biggest loss-leader in history, couldn't get any better publicity and we'll sell billions on the back of it. This is not about governments, this ain't about politics, this is the market my friend, the international soft-drinks market. Respect the power of the corporation, the superiority of the multi-national and accept that's just the way it is. And we're gonna take over the World" 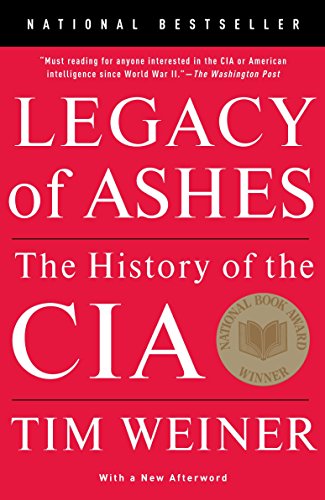 Legacy of Ashes: The History of the CIA
Buy Now

"The CIA have got those two little programmer guys downstairs working on removing the virus already. They'll do anything for a Green Card and I reckon the Pentagon could use them for the PSYOP Programme"

"Yes, and we're really grateful for your help in getting to the bottom of this whole Chinese conspiracy thing" smiled Young,

"We had no idea our corporation was being duped into such a massive anti-American connivance" he continued, "We're just in it for the business, pure and simple, and it's full steam ahead from now on. We're moving into the Oriental market big time and this man's gonna sell a lotta CD's in China. Ain't that right Mr Rose?"

"What don't you know?" Young bristled,

"I just don't know if I wanna go along with this" said Axl,

He nodded to the soldiers who immediately turned their guns away from Bond and onto Axl of Evl. Bond breathed a sigh of relief.

"Now you may want to go down fighting with all guns blazing Mr Rose" warned Young, "But just think about what'll happen. You'll never know if this album made it after 13 years hard work. Fine if you want a posthumous record and I'm sure it'll sell even more"

"Are you so sure about that?" Young countered, "Because once your gone then the record company can do what they like with the album you know"

"Come on now" said Young "Don't look so surprised. You know what they're like don't you? You really should know before you do anything rash that they've been talking about last minute changes because they don't think it's commercial enough"

"You know? I had a feeling they were up to something behind my back" said Axl

"That's right Mr Bond" Young agreed. "Wheels within wheels. But it's up to you my friend, you can stay or you can go. But if you come with us then you'll have the whole world at your feet"

"Hell Yeah! Why not Man" nodded Axl, "I guess World Domination can come in many different guises"
"Well! Either that, or you go straight to jail" said Young
"You convinced me man, with ya all the way" said Axl
"Absolutely!, and we're gonna sell the Chinese a whole lotta Dr Popper. They're gonna love it" Young added,

"I wouldn't bet on it chummy" Bond muttered bitterly. 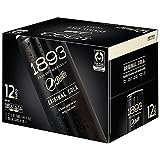