The Making of Chinese Democracy : A James Bond 007 Parody - Part 8

If this is your first visit then here is the link to where all this nonsense started. Enjoy the ride!

The Making of Chinese Democracy : A James Bond 007 Parody - Part 8

The action hots up as our heroes make their escape with the villains in hot pursuit. A thrilling chase on the roads of Nassau ensues with explosive results.

"This incident was impossible to cover up but the authorities in the Bahamas came up with the lie that it involved drug gangs. Thanks to the leaked cables in 2010 we now know it was in fact the Chinese Democracy operation which had almost went badly wrong"

We return to the action.

Two wild shots whistled past their ears but they got the upstairs door closed and Palin held on to the handle for dear life.

"I can't hold on to the door for long" he screamed,
"Run over here then, I'll cover you with my gun" Bond shouted back, "Enya!, see if there's a car outside!"
"Right James" she had recovered quickly from the power chord torture,

Palin ran towards Bond at the end of the hall and crouched behind him. The door open slowly and an evil henchman appeared gingerly from within,Bond loosed off two rounds and the giant tumbled back down the stairs and fell dead in a heap in front of Axl of Evl,
"GODDAMIT!!" he cursed.

"Hey Man, you can forget 'bout a reunion dude" moaned Slash, "Wait'll Ah tell Izzy and the guys 'bout you"
"Shurrup!!" roared Axl , "Get up those stairs!!"
"Jeeezzz!! You never change" Slash complained, "Always givin' orders, always thinkin' you run the show"
"Get up stairs you idiot!" ordered Yu Kai Yin, pointing a gun at him to reinforce the command. Slash went up the staircase, hands in the air.

They came up behind using him as a human shield.

"Bond!", hailed Axl, "007!", but all was silent until they heard the sound of an engine revving from outside,

"Shit! They musta hot-wired one of the cars. Get out there!", snapped Axl,

But it was too late, Vulva had worked quickly, it wasn't the first time she'd sparked off by a dashboard and Axl's 2004 Lamborghini Gallardo roared down the beach highway.

Bang Bang!! Shots rang out. It was Palin. He'd selflessly stayed behind in the bushes to cover, giving Bond and Vulva time to get away. He was determined to get on 'Q's good side,

Pow Pow!! the Chinese fired back as they ran to their vehicle, a brand new Porsche GT3, 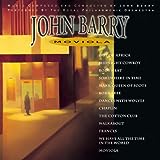 Pow Pow!! again as they jumped into the Porsche,

The other evildoers ran back into the house,

"We'll take your chopper, Blofeld, he won't hit us with that" said Axl, "And Oddball, you get some grenades" he said to the surviving evil henchman, who, in fact, had always been the most cruelly evil of the two.

No sooner had the Chinese left the driveway when a blue transit van passed them. It was emblazoned with the words 'Crab-U-Like' and decorated with various illustrations of crustaceans and assorted sea-creatures. The van screeched as it did a sharp u-turn. It was the MI6 team and they set off in hot pursuit,

"Leighton Buzzard to Mother Hen, Come in Mother Hen, over" the commander radioed to Control,
"Mother Hen receiving, over" said Control
"Strutting Peacock has escaped the Fox's Lair with little chickadee, being pursued by two Peking Ducks, over"
"Where is Atomic Rooster, over?"
"Unestablished, over"
"Where is Big Bird, over"
"Unestablished, over"
"In other words, you don't bloody know" rasped Control,
"Affirmative"
"Take Peking Ducks off the menu, with extreme prejudice, repeat, Take Peking Ducks off the menu" ordered Control,
"Message received, over and out"

Meanwhile the Chinese were gaining on our heroes. Hu An Yu leaned out of the side and fired.

Pow Pow Pow!!
Bond swerved to avoid the bullets,
Pow Pow Pow!!
"This for my ski boys you scumbag" said Yu Kai Yin quietly as he took aim to fire for a third time. But from behind him came....
Ratta Tatta Tatta Tat!!
Automatic gunfire spewed at them, puncturing holes in the bodywork. Both men ducked
"Get the sub-machine gun" shouted Yu Kai Yin (in Mandarin),
"It's in the trunk" replied Hu An Yu (also in Mandarin)
"You stupid fool!!", screamed Yu Kai Yin,

Ratta Tatta Tat!! spat the Heckler-Koch machine guns of MI6,
Hu An Yu gave desultory fire from his pistol
Pow Pow Pow!!
But then from up ahead....

Bang Bang!! the windscreen shattered, Vulva was firing from the back of the Gallardo. The sports cars sped onwards at break-neck speed with the sea-food van struggling to keep up.

Meanwhile back at the villa, Blofeld's helicopter was taking off.

Palin watched it soar over his head and fly off in pursuit, he immediately got on the phone.

Bond veered off the road without warning and down a dirt track crashing through a high picket fence and into a large garden. He ruined another wedding party, disturbed the natural habitat of the Bahamas raccoon and gate-crashed a lunchtime beach barbecue, knocking over the salad table.

The Chinese came right behind after being bottled by the wedding guests and did for the charcoal barbecue. The fire from this inflamed the champagne covered car. They ran for their lives firing at Bond and the Gallardo.

Pow Pow Pow!! deliberately plugging the radiator and a front wheel.
Bond ran after them determined that they wouldn't get away,
Bang Bang!! Bang Bang!! he shot, but they were faster and made haste along the sand.From behind him was a deafening crash
SCCRUUUUMMMPPPP!!!!!!

The 'Crab-U-Like' van had skidded and smashed into the burning Porsche,
"Reverse!! Reverse!! shouted Leighton Buzzard to the driver, the van revved into reverse but did not budge.
"DAMN!! Bloody van's stuck in the sand!!" said Buzzard, "OUT!! OUT!! OUT!! EVERYBODY OUT!!"

"Hey guys" said one of the beach party, "We gotta real fire goin' now, ya wanna join us?"
"Get back you fool" Buzzard replied
"Hey, don't be mean mister, at least give us a coupla lobsters, it's the least ya could do"
"This thing could explode any moment!!" roared Buzzard, "TAKE COVER!!"

Everyone ran for cover seconds before a huge explosion destroyed the late morning tranquillity and a thick plume of smoke rose upwards. Suddenly the smoke was pierced as the 'Whoop!! Whoop!! Whoop!!' of helicopter blades scythed through the air.

"There they are, on foot" shouted Blofeld,

They flew over Bond and turned back for the assault, the Chinese took cover.

Bond looked up, Oddball had already pulled the pin and dropped a grenade,

"Thuuummphhhh!!!!!" as bursts of sand geysered up out of the beach. Bond took cover in the nearby dunes,

"Thuuummphhhh!!!!!" as another grenade exploded,

Bond fired up, Bang Bang!! -click!!" His ammunition had run out,
"Bugger!!" he swore

The helicopter drew in closer and Oddball had grabbed yet another grenade, waiting until the evil pilot had manoeuvred directly over Bond, he reached for the pin, Bond reached for his pen, Oddball pulled the pin, Bond pulled the nib cover and before the evil henchman could throw the grenade Bond fired a cyanide dart with pinpoint accuracy striking him straight in the throat.(A remarkable shot indeed given the downdraft from the machine and the sandstorm created thereof). Oddball fell from the craft and halfway to the ground the grenade exploded.

The sea-side crabs would feast this afternoon.

"The pen is indeed mightier than the hand-grenade dear fellow" said Bond to himself,

The MI6 boys were firing at the chopper

Pow Pow Pow!! the Chinese fired back to distract them,
"Take off!!" shouted Axl at the evil pilot and the helicopter roared away from the gunfire,

"Whoop Whoop Whoop!!" another helicopter swooped into the scene screaming over their heads. It was a Super Lynx of the Royal Bahamas Defence Force. Blofeld's chopper turned out to sea but the Lynx fired an air-to-air missile,

Whoooooshhhh!!!! it was launched, but narrowly missed the target. Blofeld's pilot may have been truly evil but he was also a skillful flyer, expertly dodged the missile and it almost hit a yacht berthed in the water owned by a Russian Oligarch who immediately cursed the Georgian Secret Police.

"Turn inland!!" screamed Axl of Evl at the pilot and the craft came round full circle and back over the beach,

Ratta Tatta Tatta Tat!! came the groundfire from below as the MI6 team opened fire punching holes in the fuselage of the helicopter which whirred over rows of housing seeking an escape.

"Head for the mountain" shouted Blofeld,
"There ain't any mountains you dufus" snapped Axl of Evl,
"Oooo! Get you!" said Blofeld,
"Shut your goddam mouth ya pussy"
"Really! There's no need for that kind of bad language" Blofeld complained,

The pilot weaved the machine through the air at low level with the Lynx firing off a salvo of machine-gun fire but the crew were mindful of the civilian population below.Then they reached open countryside, the evil pilot hugged the contours of the landscape bobbing and weaving to try and shake off the Lynx. They flew over a heavily wooded area.

"Prepare to fire" ordered the Flight-Lieutenant, Dexter Bostwick jnr
The Lynx focused in on its prey, tracking it's every move, every evasive action,
"FIRE!!" screamed Lt Bostwick,
Another missile was launched, Whooosshh!!!!!!"

The pilot made a last-second attempt to avoid the missile but this time he was too late as the missile clipped the rear propellers and the craft started spinning to the ground eventually crashing into the woods.

The Beyondness of Things
Buy Now 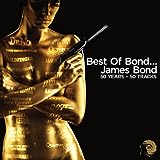