How To Write A Great Song Lesson 1

Songwriting is an art form. Be the artist.

What Is A Great Song

A great song goes above and beyond the call of a good song. A good song catches your ears and for days you can't seem to stop singing it, maybe even weeks but then it fades into obscurity. A great song however will be timeless. You will be singing it decades after you have heard it. "Don't Stop Believing", "Living On a Prayer", and "Thriller" are prime examples of hit songs that keep coming back into the mainstream like a virus.

Decades from now people will still be in karaoke bars belting the words out off key and off time, the radio will still blare them loud and proud and of course you will find yourself standing in line at the grocery store singing "Don't Stop" out loud to the cashier unaware of your impromptu concert. Garage bands will be learning the licks and video games will have them on file. These are the songs every song writer dreams of being able to recreate.

What is their secret? What makes these songs timeless and cherished? Great songs are written by great songwriters. It is as simple as that, but writing a great song is anything but simple. I hope to at the very least give you some information that will help you take your song writing to the next level. Who knows, maybe you will write a hit song and name it after me. Just playing but in all seriousness, I do intend to give you valuable information to better yourself as a songwriter. So shall we begin our journey to songwriting greatness?

My pick of the litter. 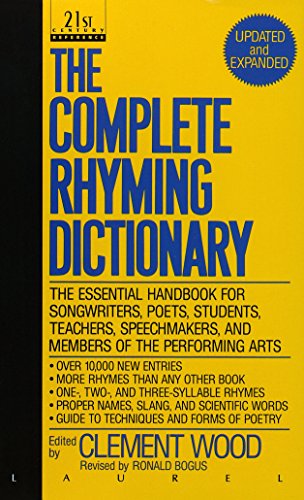 While not as complex as a mechanics kit the tool kit used by song writers is just as important. Your kit will be with you wherever you may go and will contain the vital essentials you will need to compose the next big hit. I suggest using a book bag or backpack to house your kit, but some use a desk drawer or even a Tupperware box in the closet. I suggest a backpack because I generally am on the go a lot and this helps me to have what I need wherever I may be at the moment I need it.

Every writers kit will be different, but some items are mainstays that I would strongly advise be in the kit. These include a dictionary, a thesaurus, a rhyming dictionary, a good sturdy notebook or two, a writing utensil, a book of quotations, and whatever else you feel assist you with the song writing process. Let's break some of these essential needs down a little bit.

These books will give you a much better edge on the vocabulary needed to keep songs from being stale. The last thing you want to do as a songwriter is over use the same terminology. This may fly somewhat in the world of hip hop but in most musical genres you are going to end up with songs that are just to similar sounding. Use these books to expend your understanding on language and how to use it.

Let's face it sometimes it is hard to find a word that rhymes with carrot. This little guy can be a songies best friend. It will give you tons of options to rhyme with each word. In recent years this has been simplified with a variety of programs online that will display multiple word choices for each rhyme.

I suggest a notebook built to last. I travel a lot and my notebooks take a beating. Remember that every idea should be documented in this book and you should always have it close at hand.

This is the tricky part. One might assume that any old pen will do but song writers each have their own preference here. Some use only fine crafted pens like pilots or even sharpie pens, others prefer cheaper bics. There are writers who won't write a word unless they are using a ticonderoga black pencil sharpened to perfection. Find what feels best for you in your work. I use a dollar tree pen that is gel based and cost like a buck for 2 pens. It feels right in my hands and gets the job done.

-use current events as song ideas

-use your own experiences as song ideas

A few musical tricks can help a lot.

The first step is often the hardest one to climb for the would be song writer. You have to have an idea. It could be a few lyrics, a hook, or just a catchy title. Regardless of what it is the idea is where the song will take shape and expand from. The key to a great song is to write what you know. If your idea is a song about climbing the Alps and you have never been than the song will be mediocre at best. Let's say you love to skateboard or maybe your girlfriend cheated on you with the baker down the street. Now you have an idea you know about and can start those creative juices flowing.

Remember some of the best songs have derived from personal experiences. Look at Eric Clapton's "

Tears In Heaven" which was written about the loss of his son, or Ozzy's "Walk On Water". Both are personal experiences of the writers turned into songs. Another factor to remember is a great song will tell a story. It will take it's listeners on a journey. Now it is true modern songs are more repetitive and less story telling but think 10 years from now. Will anyone be singing them? Most likely no, so think in terms of longevity.

Another factor you may want to consider when working your idea is current events. Current events are prime song writing material. Look at Creedence Clearwater Revival's timeless hit "Bad Moon Rising". It is an expose on the war in Vietnam. In modern times Toby Kieth has made a living writing songs about the war on terror. Using a current event as the basis for your song will make your song modern and relatible to the listener. There is a big market for songs based in current events.

Now we need to brainstorm. Some of us remember doing this in school and really being irked by it all, well now it will be your best friend. Take your initial idea and start breaking it down into facts and info that can be used to compose verses or choruses. I like to take my idea and place it at the top of my page. Now I have it in plain site so I start listing things about this idea that may be interesting to the listener of my song. Let's say my idea is the war on terror. I place that at the top of the page and now I start working off of that initial idea.

Now from this point we can start to use each sub idea to either compose a verse or chorus that we will use in our song. Let's look at my example. We will use sub idea 1 and 4.

it's a war that will never end, the war we know we cannot win

We now have a line of the song. Granted it isn't very good, but it is a start. Remember that all great ideas start with something that is less than great and work their way up from there. Let's move this around and see what we can do.

it's a war we will fight but it will never end, no one is wrong, no one is right, none will ever win

Still sketchy but you can see a song developing from this simple process. Now let's add the other two sub ideas to the mix and see what we have.

millions will die has the bullets spill, you can kill any man but not an idea.

Again rough around the edges but forming none the less. So let's go ahead and reverse some stuff around and add a little bit.

millions will die has the bullets spill, you can kill every man, but not the idea, it's a war we will fight but it will never end, no one is wrong, no one is right, none will ever win

Now we have the making of a song.

What is the most timeless song

Now you are ready to write your song using the information you gathered in your brainstorming session. Don't be afraid to mess around with words and phrases. Explore different ways to get a single point across verbally. Maybe saying Johny was a rebel and his car was full of fuel might work better than Johny was a loser with a tank full of gas. This is where the rhyming dictionary may come in handy.

You also want to try different ryme schemes and layouts to your lyrics. Don't feel pressured to go at it a certain way because some big song on the market does it that way. Let your feelings and know how dictate how you work your pencil. Songwriting is all about passion for the craft. Each song should paint a picture for the listener or at least tell a story. I hope I have assisted you in your song writing endeavor a little bit at least. This will be a topic I explore a little more deeply at a later time. For now I will let you get to your masterpiece and wish you happy writing.

Take it as it comes.

When we as songwriters set about creating a song that moves people we often forget to utilize what we know. What moves us as songwriters? For me I love chilling melodies and extravagant lyrics full of meaning and depth. That does not mean the average listener will grasp that same concept as openly as I have done. What moves people? Right now school yard bullies, loss of freedom and the fact that we are headed into a depression like state seems to be the factors that move people the most.

Step back and look at these prime topics and see how they affect you. Can you transform that affect into song lyrics? I am sure you can. It is the ability to take things that move or intrigue us and use them that makes the best songwriters.