Dante Alighieri, an Italian writer, completed a series of three epic poems called The Divine Comedy in the early 1300s. These three epic poems are the Inferno, Purgatorio, and Paradise, chronicling his fictional journey down to the underworld, through Purgatory, and up to Heaven, in order to reach Beatrice, his late lover. Along the way, Dante encounters many familiar faces, from history, myths, and religions. By mixing religion, mythology, politics, and history, he creates an all-encompassing work to which everyone can relate to in some way. He also constructs many “firsts” for his time. Several of theses “firsts” include some of the material Dante writes about, the themes of the story, and the language in which it is written.

In the Inferno, Dante begins by trying to walk up to Heaven in order to see Beatrice. However, he is stopped by wild beasts that will not allow him to pass. Then, Dante meets Virgil, a dead, famed Roman poet whom Dante admires. Dante learns that he must travel down to the depths of Hell and up through Purgatory, with Virgil as his tour guide, before he can reach Heaven and his beloved Beatrice. So, they set off for Hell, the first stop being the Ante-Inferno. Here, Dante and Virgil come across Charon, who runs the ferry across the river, Acheron. This is one of the first examples in which Dante uses Roman and Greek mythology within his poems, which is notable because the entire basis of his story lies in the Christian structure of Hell, Purgatory, Heaven, and God.

Dante faints in the Ante-Inferno and wakes up in Limbo, the place where Virgil resides, along with everyone else who was born before Jesus and lived a good life, but could not go to Heaven because they were never baptized. The place is filled with famous poets, writers, mathematicians, politicians, and historians. He and Virgil continue to the second circle of Hell, where the lustful reside under the watch of Minos, the bull-like man from Greek mythology. Dante also meets Francesca da Rimini and her lover, Paolo, there and gets to hear why they are in Hell. The story of their forbidden lustfulness causes Dante to faint again. He wakes up in the third circle of Hell, where he is confronted by Cerberus, the three headed dog from Greek and Roman mythology. Here, he meets the gluttonous, including Ciacco, a Florentine like Dante. The two talk about politics, and Ciacco prophesizes about a struggle between two political groups. Dante and Virgil continue on with their journey in this manner through all nine circle of Hell, meeting friends, famous people, and mythological characters and learning about the sins that brought them there.

After traversing through the previous eight circles of Hell, Dante and Virgil reach the bottom, the ninth circle, which has four rings containing traitors to kin, homeland or party, guests, and benefactors. As the two men had been going deeper, they had been getting colder, and they arrive at the ninth circle to find it completely frozen over. The sinners are partially frozen in or laying in the pond and suffering. In the fourth ring, Dante and Virgil find Lucifer, half frozen in the lake at the bottom of Hell. The monster is massive and has three heads with a set of wings below each one. Each of the three mouths contains a person: Judas, Jesus’s betrayer; Brutus, Caesar’s betrayer; and Cassius, Caesar’s other betrayer. These three are the greatest sinners of all time, and therefore are tortured by the king of Hell himself. In order to escape Hell, Virgil and Dante must climb up Lucifer, who is in the very center of the earth, until they pass the center and everything reverses. Only then are they able to leave Hell and come back out onto the other side of the globe.

One particularly interesting aspect of the Inferno is that Dante creates punishments, or contrapassos, to fit the crimes of the sinners. This idea that Hell is filled with unique and creative punishments is unusual, but appropriate. It shows that God actually pays attention to the bad things that people are doing and that he wants real justice for those who have sinned. An excellent example of this is within the seventh circle, where the violent live. In one of the rings within the seventh circle, those who were violent against others must dwell in a river of boiling blood, reminiscent of the phrase, “You make my blood boil,” referring to someone who has angered you. This is their payback for being “hot-blooded” and spilling the blood of others while they were alive. Within another ring of the seventh circle dwells those who were violent against themselves, or committed suicide. Rather than dwelling in bodies, like the rest of the people in Hell, these sinners become black mangled trees that bleed black blood. Since they gave up their bodies on Earth, they can’t have them in Hell, and since they escaped the pain of life, they are no longer able to move away to escape the pain of their branches being broken. Every circle of Hell contains similar contropassos that justify the sinners’ wrongdoings during their lives, which makes God seem fair and also serves to teach the lesson of karma.

The fact that Dante constantly mixes mythology with Christian beliefs and history is interesting, as it causes the reader to constantly question which parts of the poem fall under what the reader believes to be “true” or which parts are historical fact, and which parts are considered made up “myths”. Although Dante was a Christian, when he intertwines Roman and/or Greek mythology with Christian stories, he is, intentionally or not, giving both sets of beliefs equal weight and footing. This begs the questions: “Are both true? Are neither true? Are pieces of both true?” For example, if Lucifer residing in the depths of Hell is believable, why do Christians consider Cerberus, Charon, and Minotaur unbelievable? Dante also does this with history and people. For example, he sees Francesca da Rimini, a woman alive in the 1200s, in Hell for being lustful. She was a real person, and her story was most likely true. In contrast, Dante also sees Ulysses in Hell as a fraudulent counselor. It has been debated whether Ulysses was a real person, and even if he was, the majority of his stories are not true. By fully mixing truth and lies with no distinguishment between them, the reader is forced to question the very nature of what truth means. Furthermore, the reader wonders whether the division between truth and lies even matters at all.

Dante’s Divine Comedy was truly groundbreaking for the time period for several reasons. Dante was the first to tackle writing about the afterlife with details of Hell, Purgatory, and Heaven while incorporating larger allegories, especially of political and religious nature. This was the first time that anyone had written about the concept of being in love with a dead person, which in this story is Beatrice, whom Dante is pining over after her death. Also notable, the poems are written in a new, more relaxed form of Latin that Dante was creating in order to appeal to the average person. The language he uses in the Divine Comedy lays the groundwork for modern Italian, which shows very clearly just how influential Dante’s work has become.

Dante’s Inferno, the first of three in The Divine Comedy, sets the stage for the revolutionary, classic epic poem. His journey through the underworld, encountering the suffering of sinners getting their payback for wrongdoings on Earth, begs the reader to think about the wrongs they themselves are committing by having them consider the contrapassos. Dante dares his readers to think critically about their beliefs and their relationship to religion, especially by interweaving a fair amount of characters and ideas from Roman and Greek mythology in with Christian symbols and dogma. Not only did his work shape the Italian language, but it also challenged ideas of what topics poems can cover by including bits of politics, history, mythology, and religion. The Inferno will long be remembered as a vital piece of Italian literature that is still affecting the world today. 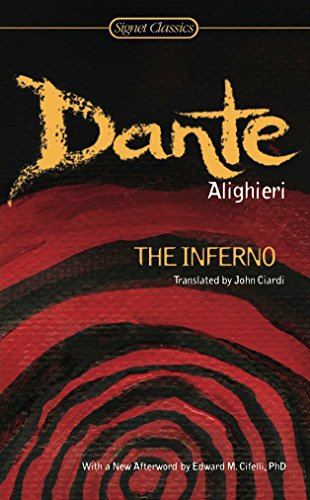 Which is your favorite of the Divine Comedy?