An incredible array of science fiction material is free to the general public as a set of downloads at the website of SciFi & Fantasy Books, who post a list annually of best novels and authors to follow. Reading through the titles in the free downloads, we find classics and newer works from well known and lesser known science fiction authors.

Some of the titles include one of my favorites: Flatland by Edwin Abbott. In a 2D world - boring and narrow-minded - a humble square makes 3D discoveries as he guides readers through many of the idioms of 2D life. Written in 1884, it was followed up by other in the 20th Century with Sphereland (1983) by Dionys Burger, Cornelie J. Rheinboldt, and Isaac Asimov. I've also just discovered Flatterland: Like Flatland, Only More So by Ian Stewart in 2002.

Another free download is the classic pulp magazine Planet Stories with the short story by Phillip K. Dick, Beyond Lies the Wub (1952). In the story, a man buys what he thinks is a pig from a Martian on the red planet, but finds it's something else... You must read the to find out what it is and you will enjoy the reveal.

Several of Phillip K. Dick's books are offered free of charge at this web page as well. They are classic sci-fi stories.

Other titles offered at no charge include From the Earth to the Moon (Jules Verne), some H.G. Wells works - many you may not have read or known previously - and books by the famed Poul Anderson, Marion ZImmer Bradley, David Lindsay, Ray Cummings (Brigand of the Moon), and Mary Shelley, Robert Silverberg, and Edgar Rice Burroughs.

Watch the web page for additions, because such a resource page may be better than Half Price Books or eBay to a collector.

"The most succinct description of the differences between science fiction and fantasy:

Sci-Fi and Fantasy Books Of the Year

SFBook (SciFi & Fantasy Books) held a Book of the Year reader vote for 2010 and the results published at the website show the following top picks. Votes from #4 below decline to under 7% of total votes and fewer, so the top four are really readers undeniable favorites.

#1 in the Top Picks: Road to Bedlam by Mike Shevdon 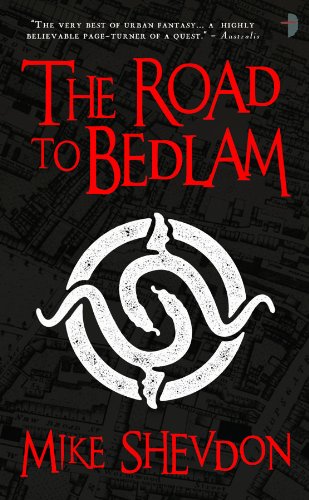 The Road to Bedlam: Courts of the Feyre v. 2
the protagaonist Niall goes through some hard times as he is torn between helping his daughter and fulfilling his duties. It's a tough choice for him, but his daughter is kidnapped by a clandestime government organization that wishes to erase her special powers. Niall is told she's dead - but she's not.
Buy Now 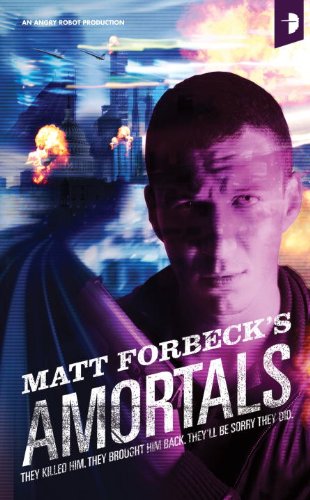 Amortals
"Man wakes up in new clone body and must solve his own murder." [twitter.com/mforbeck]
Buy Now

10. The Seige of Scarn by Robert C Auty. -- Immensely popular and copies are rising in value.

11. While the gods sleep by Johnny Fincham. -- This writer says he was the oldest of 5 dyslexic, deranged, and dysfunctional siblings. He has studied English Literature and writes also about palmistry. Odd and interesting. 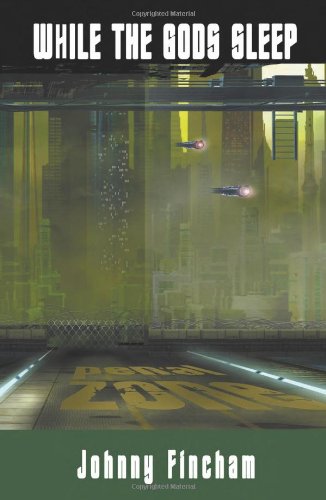 While the Gods Sleep
This must be an intriguing and engaging book, given the desription that the author provides of his own family - Dyslexic, deranged, dysfunctional, and more. I'm sure that you will find that it all seeped into his writing for a lot of fun.
Buy Now

Star Wars vs. Star Trek: Could the Empire kick the Federation's ass? And other galaxy-shaking enigmas
Visit the official website for this fantastic author, Matt Forbeck, who is also a game designer - the best of both worlds is found in all his books. Forbeck.com
Buy Now

Mr. Matt Forbeck not only provided the #3 best out of 10 Top Sci Fi books for 2010, but is offering us beginning in 2011 Star Wars vs. Star Trek - Could the Empire Kick the Federation's Ass?, with a forward by Tim Russ (Tuvok of ST:Voyager). Mr. Forbeck is additionally the father of quadruplets, also very interesting. 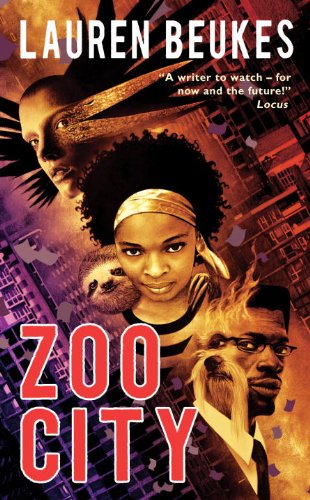 Ms. Lauren Beukes of South Africa is on fire as a sci-fi thriller author in 2010 and early 2011. Her ZOO CITY made the British Science Fiction Association (BSFA) awards shortlist twice and her Moxyland is a fan favorite.

Her work has been nominated for the Sunday Times book list and the Alan Paton Award as well. Her books are available in UK, South Africa, and America and sure to go global soon. She is recommended to us all by first rate author and game designer Matt Forbeck (on Twitter at @mforbeck).

With her acclaimed Zoo City novel, Ms. Beaukes added her aid to The Suitcase Project, which helps children arriving as refugees in her country without family or connections. A series of Zoo City Bares for sale and auction are wonderful pieces of art/toys that provide additional funding for the project.

Read about it all at her web link and folow her at Twitter: 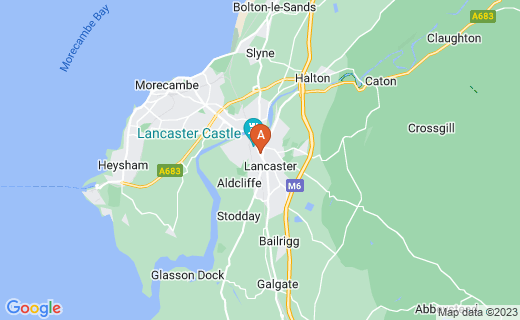