Politics and Sleaze : A Parliamentary Debate

Politics and Sleaze : A Parliamentary Debate

There was a heated debate today in the House of Commons over new allegations of Political sleaze that have literally rocked the nation.

The Conservative and Liberal Democrat Coalition government conducted an extensive enquiry which led to a vigorous debate in Parliament.

After the resignation of Tory Minister Gilbert Slimebottom and controversy over Liberal Democrat Culture Minister Jonathan Winkling, fresh allegations emerged that Labour MP Alfred Shovel received undeclared donations of several compact discs of the groups ‘Vains of Jenna’ and ‘Crazy Lixx’ from Swedish record companies keen to promote the bands in the UK.

Cameron : This is just another example of the corruption in the Labour Party, it's New Labour same as the old Labour.

Are we seriously to believe the right honourable gentleman from Eshering when he says he bought these records as Christmas presents for his 12 year old nephew.

I find that very hard to believe, as most of our learned friends in this house are aware, your average 12 year would much rather listen to hard-core thrash or Emo-metal with a touch of teenage Goth thrown in for good measure, Surely now this is a Police matter, this boy should be questioned and his bedroom searched to get at the truth.

Miliband: I can assure the house that the CD’s were indeed bought for his nephew from a reputable dealer and there has been no impropriety whatsoever.

Amid an uproar, cries of “Bollocks!”, “Maybe they went missing in the post!” and “Death to Emo!” were heard from the Tory backbenches. The DUP leader was heard shouting “This has all the hallmarks of a Sinn Fein plot to destabilise the Union!” But Ed Milliband was steadfast in defence of his Shadow Minister. He said:

Miliband: Far be it for me to criticise the Prime Minister, but what would a toffee-nosed git brought up in the stockbroker belt know anyway. While he was swotting away at Eton and Oxford in a cloud of hash smoke this country was subjected to crippling imports of ‘Faster Pussycat’ and ‘L.A. Guns’, not to mention ‘The Roxx Gang’. Let us not forget the awful ‘Cocked and Loaded’ album, apart from ‘The Ballad of Jayne’ as my wife thought that was a really nice song. All these events occured under a Conservative Government.

Cameron : Your dad was only a half-arsed intellectual sat in his ivory tower at university. That’s not rock n’ roll, is it? Hardly ‘The Osbournes’ and into the bargain he's a bloody Communist!

Cameron: Whatever! A rampant red lefty whichever way you slice it.

At this remark the speaker cried "Order! Order!" but nobody was listening so he sat down again and read a comic.

Cameron: Ooh! name-calling now. Not very polite is it? But never mind that! What the Right Honourable Leader of the Opposition has omitted to mention that as well as bringing economic prosperity, standing up to Europe and re-taking the Falklands the government of Mrs Thatcher heralded the surge of the New Wave of British Heavy Metal.

Good old BRITISH bands like Saxon, Iron Maiden and Def Leppard, proud to fly the flag and serve their country. Good for music, good for Britain, good for our children and our children’s children. The Right Honourable Gentleman may say that Iron Maiden are now bigger than ever in macro-economic terms but they’ve been allowed to go all Prog and disappear up their own collective arses by the previous Labour administation.

Miliband: Well, may I remind the House that the insidious onset of Sleaze began in 1987 during that same administration you so proudly extol.

Not surprising that Guns n' Roses went on a drug-fueled scourge after that.

The signs were there in the early 80's when Hanoi Rocks infiltrated the music scene.

Even the Finnish were beating us at the game. Again these were during the Margaret Thatcher years.

Let's go even further back and remind ourselves that it was on Ted Heath's watch that progenitors of this sordid business flourished. What were the Tories doing about the New York Dolls, Aerosmith and Alice Cooper? This is where the trouble started. Back in the early 70's under a Conservative government.

Cameron: Hey! We weren't in when the Sex Pistols were causing havoc. That was the fault of your lot. What was Jim Callaghan doing about that then?

Miliband: Well! Perhaps this is not the right juncture to mention the scandal of John Major’s drunken rampage at the Motley Crue after-gig party in..........

This comment caused a near riot to explode and amid astonishing scenes of booing and heckling the PM was bottled off the floor and the Culture Minister fainted.

We later asked the leader of the Liberal Democrats Nick Clegg for his opinion on this latest row over sleaze, he replied “How much will you pay me for it?” We offered him the latest limited edtion album from ‘Hardcore Superstar’ with bonus DVD.

But didn't the guys think that the government and Parliament in general had a genuine right to debate and investigate the cultural affairs? 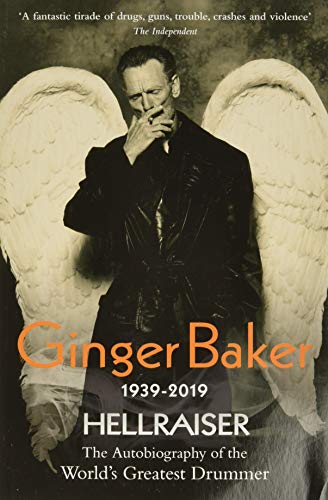 Benny: This is starting to sound like 'The 12 Days of Christmas' man.

Benny: Take it easy pal. See you in Westminster for the next Budget Speech.

And there we have a mixture of opinions, both from the political elite and the down-trodden remains of British Rock n' Roll. The House of Commons will reconvene on the 28th to resume the debate and the opening acts will include Buckcherry and a special appearance by Twisted Sister.

The Metropolitan Police will be in attendance.

More mayhem from the pen of Shinkicker