N.E. Wright was trained in writing at NRI and Writer’s Digest Schools. She took a class in Creative Writing at Columbia University.

Over The Years On Hubpages.

I DECIDED TO SEARCH FOR A GOOD BLOG SITE

About ten years ago I was searching for an online writing site. A place where I could showcase my works and others could easily access. My internet searches took me to several blog sites. I was not feeling any of them. It was when I went to Hubpages.com that I felt like I found a home for my work.

Hubpages was just different in the way they presented their services to writers. Inclusive is the word that pops in my head. Immediately after signing up I was able to post a few of my completed works. I was also able to read other writers’ postings. It was great. Right away I started following several other writers and a few writers started following me. I than started reading other writers’ works. It was interesting. Sure other site did some version of this, but it was not as strong. It was a really promising union. Hubpages and I.

2009 THE YEAR I DECIDED TO TAKE MY WRITING SERIOUS

Ten years ago, in 2009, was the first year of former President Barack Obama’s Presidency. I felt human. I seemed to smile all the time. It was the year I was going take myself as a writer extremely serious. There was an African American as President of the United States and if that could happen in a former slave holding country I could make it as a serious writer.

There were loads of things for me to write about. My writing is pretty eclectic. First there were my Family’s annual trips to Disney Land in Florida which started in 2009. When the health care bill was being worked on I was excited along with millions of other Americans. Of course I wrote about that. My readings of other writers’ works on Hubpages brought my to a term called Mocktails, which sparked a story. I learned so many things on Hubpages and sometimes those things turned into quick postings.

SURPRISING MYSELF WITH A NEW POEM

My poem, My Guys, was an idea that was triggered after reading something on Hubpages one rainy weekday morning. It brought me back to the memory My third or fourth grade teacher tried to explain how some people did not believe Black people were able to fight in World War II. We could only clean up after other soldiers. This teaching came after days and weeks of being taught American History and realizing I never heard anything about what Black Americans did for this country. I was an eight or nine year old child wondering about Black Americans’ purpose was in America. From what I had learned, so far at that young age, Black Americans did nothing to help this country grow. No one talked about slavery in any understandable way so my thoughts were, ‘Why are we here?’ What have we done?’ I felt empty. There was a sadness I felt, but I just did not understand it. My eyes still mist as I remember wondering about our purpose here in America. Everyday we were taught about the achievements of one caucasian after another. Black Americans lack of participation in America in general made me feel hopeless. Useless really.

A SURPRISE WHICH GAVE ME HOPE

Than one day, while learning history, my teacher had us turn the page in our text book. I was pleasantly pleased and very stunned as I kept staring at an illustration of a young boy that had my dark brown complexion. George Washington Carver was his name. I was eager to absorb everything about this kid. When I returned home from school, and saw my mother home from work early and in the kitchen cooking our dinner, I started telling her all I learned about George Washington Carver. She just smiled and listened to me inform her about all his accomplishments that helped the country.

WRITING FROM WHOM I AM.

The thing about writing on Hubpages is that I was being myself. Writing about President Obama was a happiness I wanted to share. Well, I found out that does not always work with some people that did not believe President Barack Obama was even a citizen. Unfortunately I allowed this pitiful racism stop me from daily working on a site I actually love. I missed a lot on the Hubpages my first ten years. I will not allow that to happen for my next ten years. I am looking forward to reading other Hub writers’ works and making new friends. Ten years on Hubpages. Wow. I love it.

My Short Short Story Under My Other Pen Name, Fiona Finley. 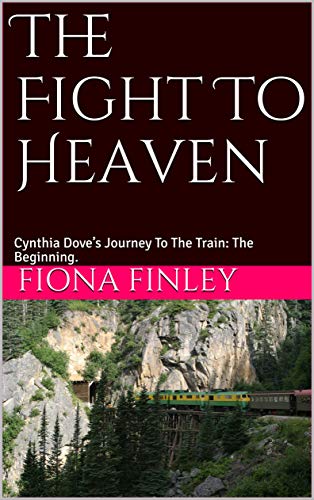 What I Use To Write My Stories.