Ah Blast! Thought It Was A Nut. All That For Nut-hing

In No Particular Order

I have a major problem with automated answering phones. Press one for this. Two for that. Three for the other, all the way to bloody nine. My query is never covered by one, two or three! By the time I get to the button I'm supposed to press I've forgotten what it was I wanted to ask in the first place. Waiting to press the right button can take considerable time. The thing that really sends my blood pressure rocketing, is when I have a query and no button to press. I'll get all the way to the bloody end, patiently gnawing my finger nails only to hear an automated voice thank me for my phone call and hang up. WHAT! I still don't know the f**king answer. The other thing that makes me fume, is when the voice says, your call may be used for training purposes. Well for God sake use it then! Dump the recorded voice and bring back the smug person that used to answer the phone in the first place. At least that way I get to hang up first.

Queuing really gets on my nerves. I don't understand why banks, post offices and supermarkets to mention but a few places where we have no choice but to join the queue, never have any staff on! I mean Hello! Saturday morning and there's two or three check outs in operation in the supermarket. Are you serious? Why the hell have loads of check outs and only use two or three of them?

Another thing that bugs me about queues is the people in them. What is it with trying to get as close to the person in front of you as possible? I mean you won't get served quicker because there's less space between you and the next customer. Someone breathing down my neck is more than I can bare. Respect the body space people. And for God sake pay attention to that suitcase on your shoulder that some insane designer made fashionable as a handbag. It's not a handbag it's a suitcase. That's why you're not allowed any extra hand luggage on a plane. Your 'handbag' already weighs more than five kilos, so there!

It really drives me nuts when I sit or step in gum. All those hints and tips to get the awful stuff off never ever works for me. The only thing worse than stepping in gum is stepping in dog poo. All you gum spitting offenders may you forever be condemned to repeatedly sit (wearing your favorite jeans) and step (wearing your favorite shoes) in pink sticky goo for the rest of your days. And you sneaky gum lovers that stick your gum under a seat or table, same to you multiplied by ten, with a bit of dog poo thrown in for good measure.

Feeling annoyed? Want to be annoying? 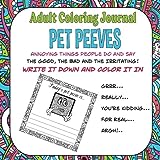 I can't stand it when people sit right next to me when there's loads of other seats to choose from. Why do that? Why ignore all the other space and invade mine. There is no sense to this whatsoever. It's certainly not the way to make friends. I DON'T get it. I'm thinking mugger not space hugger! Go sit over there. All the way over there. NOW!

When I go to a fast food joint, it's because I want fast food. People that stand in a queue in a fast food restaurant and then get to the counter and start humming and hawing about what they want. For heavens sake! How difficult can it be. A burger or a large burger. Fries or more fries. And you salad freaks! what the hell are you doing in a fast food joint? Do me a favor! go to a bloody salad bar and stay there.

While on the food topic. I despise going out for dinner or lunch with a picky eater. Thirty or more choices on the menu and they can't order from it. Hold the sauce on the pasta! Leave the mushrooms on the side! Make it chicken instead of pork! Order a dish and change everything on it. OMG. Never ever again will I set foot in a restaurant with any one that can change a paella into a stir fry chicken. Unless of course they're a magician or paying the bill. Wait a minute, for someone to pay my tab it would have to be magic. Guess it's me and the magician all the way. Bring on the paella.

Another pet peeve of mine, however narrow minded it may seem are people that can't answer a question. Why on earth do some people have to give you a 15 minute story, when the question is very simple. Something as simple as. ''Do you want cream in your coffee?'' 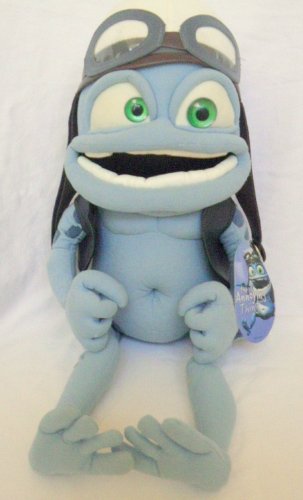 I really, really get very, very upset when people are asked if they'd like a dessert and they say no, and then proceed to eat some of mine. Or even worse try to steal a bit. I said dessert but it could be anything. I order fries and they order salad, then they eat my fries. Heck I don't want your salad so leave my fries the hell alone. What is that all about? Touch my Gin and Tonic and I might have to kill you. Do I look like a fizzy water person? I don't think sooo.

I realize I may have a problem with number nine. However, I am horrified by crumbs in the butter dish. I don't and can't understand why people can't butter their toast without leaving loads of crumbs scattered through the butter and stuck to the edges of the dish. That's just rude. And please, why leave the tiniest bit of melted crummy butter in the dish. For heaven sake wash the god damn dish and put some fresh butter in it. NOW! you crummy person you

This of course is by no means the last thing that drives me mad, but hey, how bored would you be if this was number 1001? Exactly, you'd be that bored. So, to all you drivers out there that can't park in one parking space even though your car is barely a meter wide. STOP PARKING IN TWO PARKING SPACES. It drives me nuts!

Alternatively, stop drinking, then the two spaces won't merge together and look like ONE! Better still, do the world a favor: Stop driving!