Gabriel's Groans: Is Online Shopping The Way To Go? Why A Trip To The Supermarket Made Me See Red!

Half Your Grocery Bill

Cut Your Grocery Bill in Half with America's Cheapest Family: Includes So Many Innovative Strategies You Won't Have to Cut Coupons
Buy Now

The other day, I made a trip to the supermarket to buy a few essential items. The supermarket is not one of my favorite places, but due to the lack of deliveries in my area (due to the lack of people in my area (nothing to do with me)) I have no alternative but to torture myself and go in person. Starving is not an alternative, although I have seriously thought about it.

One of my survival tactics when visiting the supermarket apart from counting to ten, is a shopping list. At least that way I'll manage to buy a few things that I actually want and I can marvel at all the things I really needed but didn't get. However, this particular trip challenged my sanity with a vengeance. To say I came home livid is an understatement. To say I felt the stirrings of a killer extinct (a cereal killer, at that) would be far more exact. 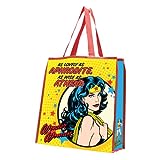 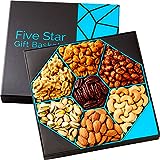 Be a smart shopper

Having arrived at the supermarket I headed to the trolley station. After much deliberation I selected a trolley, as always a bogus one. I have on numerous occasions suggested to the manager of the supermarket that the trolleys should be customized. Indeed I would be happy to invest in my own trolley and maintain it. I strive for the day that I will get a trolley without gamy wheels and a mind of it's own. Anyway moving on...

Using all my brute strength I pushed the damn trolley onward to the bakery counter. Yippee, no one was there. Nope! not yippee. No one, including the person that should be serving behind the counter was there. I looked around to see if perhaps the missing person from behind the counter was close by. No sign of any staff. How unusual! Perhaps they'd all been zapped by Aliens. I waited and waited. I called out to see if perhaps said missing person was in the back, drinking tea and chatting with other missing counter persons. A rustle in the back finally produced a large lady with an even larger frown. Yep, I thought; definitely drinking tea, although the possibility of Alien intervention on a scale of one to ten was at least eleven.

''Hello. Can I have three of those, please?'' I said pointing to some crusty brown rolls.

The large frown glared at me and asked. ''Where's your ticket?''

I looked around. There was only me. I leaned toward the counter. ''Em, there's only me here.'' I answered.

''You still need a ticket. It's company policy,'' added the frown.

I was aghast. ''What! are you serious?'' I responded. It was very obvious that this Lady was very serious, considering the frown etched across her forehead. I suddenly had a moment of madness and felt the giggles surge. How hilarious. However, the giggles stopped surging and the hilarity vanished when the frown on that big forehead leaned closer and the word ''Yes'' echoed in my ear.

''Right, em... I'll just go get that ticket then.'' I said shrugging my shoulders. I headed for the little ticket holder suspended on the wall. I selected the ticket and went back to the bakery counter.

''That's for the meat counter.'' Smirked the frown, stabbing a finger in the air. ''The ticket machine for the bakery is over there.''

I looked at the bakery ticket machine on the other side of the supermarket. ''What's it doing all the way over there?'' I asked.

''The bakery counter is moving over there tomorrow.'' The frown had now escalated into a full blown smirk. A scary image, a frowning smirk. OMG. Feeling a little peeved I headed over to the machine. By the time I got there, ten other people had morphed out of thin air and were queueing for tickets. Sod that I thought, I'll get a loaf off the shelf.

Maneuvering an extremely difficult three point turn I headed to the meat counter. Ha! I already had a ticket for the meat counter. Standing at the meat counter I looked up to see the ticket number. Number fifty five. Great! I was fifty seven. I waited patiently for my turn, however I soon noticed fifty five was still fifty five and lots of different people were being served.

''Excuse me, but I'm fifty seven.'' I said to one of the male staff behind the counter pointing to the number.

He looked at me a little strange and said ''Really! You don't look fifty seven love.''

I dropped my ticket on the counter and with all the calm I could muster I said. ''My ticket is fifty seven. I don't look fifty seven, because I'm no where near FIFTY SEVEN.'' I wanted to add you blundering idiot, you ridiculous fool, you bloody moron, but my anger management consultant insists I don't use words like that, well not in public; where you can be arrested; like the last time.

''Ah. That doesn't work, it's broken see. You'll have to queue like everyone else.'' He said in a matter of fact tone.

The bloody moron looked at me and said. ''You never said anything.''

I stared at the man and thanked God there was a counter between us. ''That's because I had a ticket, you know, company policy and all.'' I exclaimed.

The man pointed to the broken automated number thingy. ''Policy don't apply when it's broken love.'' He said. Bloody hell. I was starting to see red. By this stage the people from the bread counter were back from old frown face and starting to queue. For heavens sake I thought, I'll just get some prepacked stuff.

I decided to hit the aisles. No tickets required or blundering staff to deal with there. After browsing the aisles to no avail in search of peanut butter; I looked for a supermarket assistant. After struggling up and down a few aisles pushing what felt like a dead weight (veering to the left until I wanted to go left, only to veer to the right, staying still was a whole other ball came) I finally found an assistant. Having explained my dilemma, I found myself trundling back the way I'd come. I was beginning to feel a tad exasperated. My arms were aching from controlling the stupid damn trolley. I stopped for a minute to get my breath. Looking up, I saw a big sign advertising discounted wines. Ooh goody. Thoughts of peanut butter went to mush and I headed to the wine and spirits section.

To my delight there was a promotion on a particular white wine that I liked. Buy one get one free. I looked for the wine on the shelves. I couldn't see it. Back to the bloody assistant again, only to be told they'd ran out of that particular wine.

I glanced at my list. I wasn't doing very well at all. Cereal. Must have Special K. I need to look good in a little red dress. Well, forget the little; a red dress will do. My eyes darted back and forward over hundreds of cereal boxes. Special K with fruity bits, chocolate coating, yogurt covered, berry mix, added bran, clusters. No regular Special K insight. Damn. I grabbed a box of cereal and threw it in the gamy trolley. The cereal looked a little like the regular Special K and promised I'd lose 3 kilos in 3 days. I studied my list. I'd had enough and decided to quit before my head exploded or someone else's for that matter. I'd just get a bottle of gin. God knows I needed something to calm my nerves and the perfect G&T was that perfect something. Making another three point turn (giant dying octopus comes to mind) to the amusement of other shoppers, I trundled back to the wine and spirits section.

At least I had less than ten items. I'd go to the express check out. Did I say express checkout? I should have said the slowest check out in history. With the slowest cashier in history and the longest queue in the whole wide world full of people who can't count and shouldn't be allowed out on their own: Ever.

Oh! and by the way, the cereal tasted like crap. I guess that's why you lose the 3 kilos, because you can't eat your damn breakfast. Ahhh....

What do you hate most about shopping in supermarkets?