Top 10 books to read before you die

I found picking just 10 books for my list of: top 10 books to read before you die, a daunting task. I mean there are just so many great books out there. The ones I ended up with are more than just great, they have it in them to change lives.

The Art of War by Sun Tzu

The Art of War was written more than 2,000 years ago and it still relevant today. It's a manual for Chinese generals with strategies and tactics for winning wars.

So how can this help you? Well it turns out the logic approach to strategic situations can be applied just about everywhere.

This is a book about winning in war, business and in life. 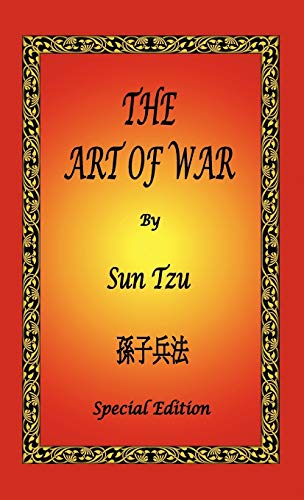 Catch 22 is a black comedy about the madness of war. It is at the same time the funniest and most tragic book I have ever read.

The book tell the story of second world war American bomber pilots. In it the writer explores the logic of the illogical, and asks the reader to try to rationalize the irrational.

The Count of Monte Cristo

The book is about injustice, betrayal and vengeance. It reminds me think of the saying: "Vengeance is a dish best served cold".

The Count of Monte Cristo is a 1,000 page book that you won't be able to put down.

A Brief History of Time

A Brief History of Time was written by the brilliant physicist Stephen Hawking. In it he tries to answer some of the big questions about space, time and everything. The thing that makes the book special is that he does it in a way which is understandable to everyone.

He explains the answers to questions like: Where did the universe come from? How and why did it begin? Will the universe end, and if so, how?

It should come as no surprise that one of Shakespear's plays made it to the list of top ten books ever.

Macbeth is about how the lust for power can destroy you and everyone around you. The book is so scary because it shows you how even a generally descent guy can become a monster.

The Heart of Darkness explores the dark side of the human animal.

The book is set in colonial African Congo. The writer takes the main character on a journey through sin, taking personal responsibility and finally achieving redemption.

The book has very little to do with the movie of the same name. I Robot is about the evolution of machine intelligence and about how man relates to machine.

I, Robot was written in the 1950 when computers where in their very early days. It is chilling how many of Asimov's predictions have come to pass and how many may yet do so.

The subject of pedophilia is rarely discussed in modern life and even then, it's not done well. Lolita takes a rational look at this part of humanity we chose to ignore.

The author does not try to sugarcoat the act or the damage it does to the lives involved.

War and Peace is an exploration of the human condition. As there is much to cover the book has many characters and sub plots, making the book a long and difficult read. As you progress through the book all the separate stories start to pull together into one.

Having said that the understanding you can gain from this novel can change your life.

Madam Bovary is one of the most perfectly written and influential books of all time.

After this book there where many dealing with the fall of an adulterous woman. But this is the original and best one.

If you enjoyed top 10 books to read before you die you should also read top 10 vampire romance books and top 10 books for teenage girls.